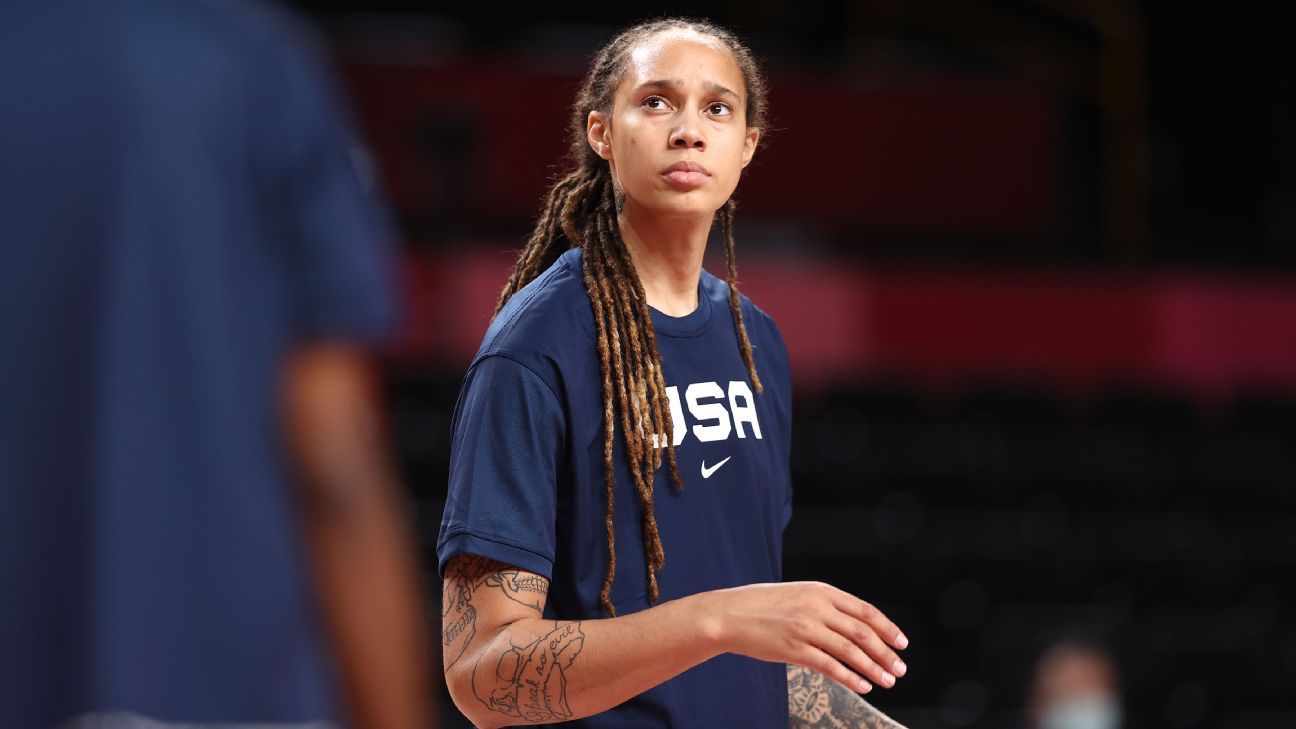 The U.S. government now considers WNBA star Brittney Griner to be “wrongfully detained” by the Russian government, signaling a significant shift in how officials will try to get her home.

“The welfare and safety of U.S. citizens abroad is among the highest priorities of the U.S government,” the State Department said. “The Department of State has determined that the Russian Federation has wrongfully detained U.S. citizen Brittney Griner.

“… The U.S. government will continue to undertake efforts to provide appropriate support to Ms. Griner.”

The officials and other sources close to Griner’s case declined to say what led to the shift or whether there have been any discussions about what it would take to secure her release.

“Brittney has been detained for 75 days and our expectation is that the White House do whatever is necessary to bring her home,” Griner’s agent, Lindsay Kagawa Colas, said in a statement to ESPN on Tuesday.

The change in official designation means that the U.S. government will no longer wait for Griner’s case to play out through the Russian legal system and will seek to negotiate her return. It also means that Griner’s fellow WNBA players and supporters in Congress will be told they have the family’s blessing to bring as much attention to her case as they wish.

“We feel really good about it,” a source close to Griner told ESPN. “But we also know it can drag out, so we don’t want to get our hopes too high.”

A source close to Griner also confirmed Monday that former U.S. ambassador to the United Nations Bill Richardson, who has worked privately for years as an international hostage negotiator, agreed to work on Griner’s case last week. Experts have said Richardson’s involvement would be a crucial sign that her case has moved into a new realm.

Until now, Griner’s personal team had followed State Department advice to keep a low profile so as not to make her a more valuable asset to Vladimir Putin’s government.

The official said that does not mean that Griner is considered a hostage, which is a different legal classification than wrongful detainee.

Any shift in the White House’s approach to Griner’s case will be made in coordination with the State Department and Carstens, press secretary Jen Psaki told reporters aboard Air Force One on Tuesday.

“Typically — and I don’t believe this will change — in order to leave the space to have an outcome we all want and desire — which is to bring her and any American detained or unjustifiably detained home — we typically don’t talk about it extensively,” Psaki said.

Sources close to Griner said they were not told why she was reclassified, but they were informed Saturday morning that her case had been moved to the special envoy’s office.

Until this past weekend, her case had been handled by the consular office, which monitors the cases of any American being held abroad without necessarily intervening. State Department officials notified appropriate congressional committees of the change Monday.

“It has been 75 days that our friend, teammate, sister, Brittney Griner, has been wrongfully detained in Russia. It is time for her to come home,” Nneka Ogwumike, the president of the WNBA players’ union, said in a statement posted to social media. “Having learned that the U.S. government has now determined that BG is being wrongfully detained we are hopeful that their efforts will be significant, swift and successful.”

The WNBA called the news “a positive development and a next step to getting her home.”

“The WNBA is in constant communication with the U.S. government on Brittney’s case, working together to get her home safe and as soon as possible,” it said in a statement.

Griner’s team became optimistic about her fate last week with the release of former U.S. Marine Trevor Reed, who had been held in Russia since 2019.

Reed was essentially swapped for a Russian citizen who had been convicted of drug smuggling. The deal was a signal that, despite Russia’s ongoing invasion of Ukraine, there remains an open diplomatic channel between U.S. and Russian officials.

Richardson was active in securing Reed’s release. Another American, Paul Whelan, remains in Russian detention after more than two years.

Griner, who plays during the WNBA offseason for a Russian team, was arrested in February at a Moscow-area airport while entering the country. Russian prosecutors said she illegally brought vape cartridges containing hashish oil.

Griner has not been formally charged, but she is scheduled to have a hearing on May 19. The fact that the U.S. government now considers Griner to be a wrongful detainee does not mean Russia will change its official stance on her detainment, but it does mean that the U.S. considers the legal proceedings to be irrelevant to her case.

Vanessa Nygaard, coach of Griner’s Phoenix Mercury team, said Tuesday that they are thankful things seem to be moving in the right direction.

“BG is in the top of our thoughts all the time, and we’re just hoping that she’s safe and that she’s gonna come home quickly,” Nygaard said.

“That’s still our main concern is our sister. Obviously the season is starting and we’re dedicating this season to her until she gets back with us,” Diggins-Smith said. “We think about her every day. We love her and we’re gonna continue to carry her legacy, her voice and play in her honor until she gets back here with us.”

The WNBA on Tuesday said it would keep Griner “at the forefront of what we do” this season with a floor decal on the home-court sideline of all 12 teams. The decal will feature Griner’s initials along with her number, 42.

“We just want her home. I’m glad that they are trying to do something,” New York Liberty coach Sandy Brondello, who previously coached Griner in Phoenix, told reporters. “They had that prisoner release last week that gave me hope that BG would be one of the next ones out. I can’t imagine what she’s going through. Hopefully she’ll be out sooner than later.”

Information from ESPN’s Josh Weinfuss was used in this report.