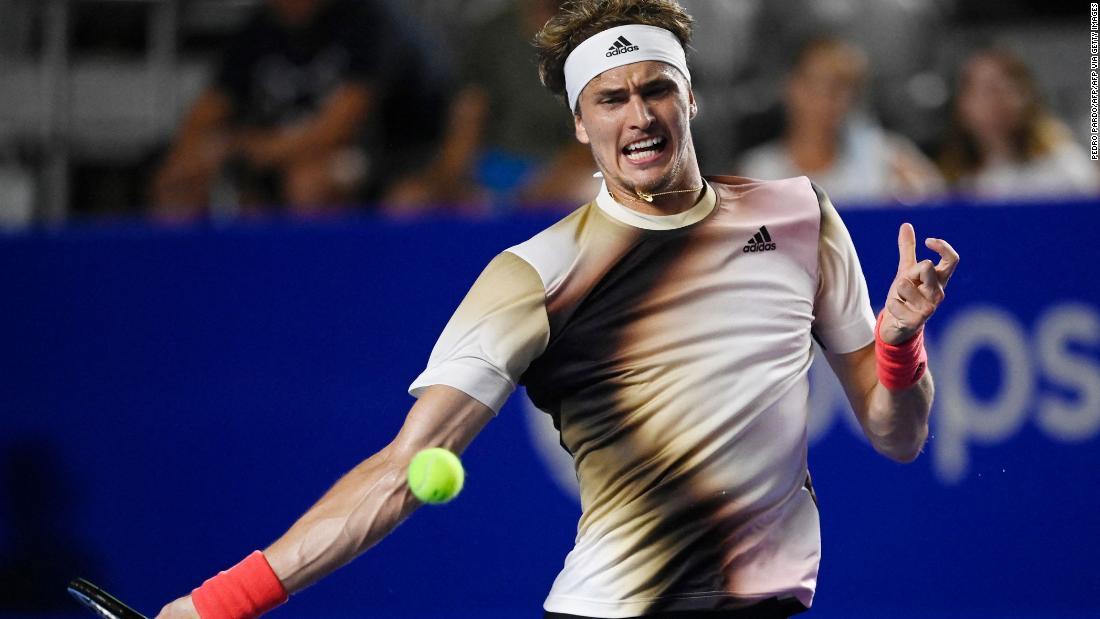 After losing match point to Lloyd Glasspool and Harri Heliovaara alongside playing partner Marcelo Melo, Zverev walked up to the umpire’s chair and hit it three times.

Glasspool and Heliovaara can be seen flinching and stopping in their tracks while standing just behind Zverev.

The world No. 3 could also be heard calling the umpire a “f***ing idiot” during the match, after becoming frustrated with a line call during the deciding super tiebreak.

“Due to unsportsmanlike conduct at the conclusion of his doubles match on Tuesday night, Alexander Zverev has been withdrawn from the tournament in Acapulco,” an ATP statement read.

The ATP rulebook defines unsportsmanlike conduct as “any misconduct by a player that is clearly abusive or detrimental to the success of a tournament, ATP and/or the sport” and carries a fine of up to $20,000.

However, incidents that are “flagrant and particularly injurious to the success of a tournament” may be referred to the ATP EVP-Rules & Competition, which would conduct an investigation.

“It is difficult to put into words how much I regret my behavior during and after the doubles match yesterday,” he wrote. “I have privately apologized to the chair umpire because my outburst towards him was wrong and unacceptable, and I am only disappointed in myself.

“It just should not have happened and there is no excuse. I would also like to apologize to my fans, the tournament, and the sport that I love. As you know, I leave everything on the court. Yesterday, I left too much.

“I am going to take the coming days to reflect — on my actions and how I can ensure that it will not happen again. I am sorry for letting you down.”

Zverev’s removal from the tournament also includes the singles draw, in which a day earlier he had set the record for the latest finish in ATP Tour history.

The German’s 3-6 7-6 6-2 victory over American Jenson Brooksby finished at 4:55 a.m. local time on Tuesday, beating the previous record of 4:34 a.m. set by Lleyton Hewitt and Marcos Baghdatis at the 2008 Australian Open.

Fellow German Peter Gojowczyk, who Zverev was scheduled to play in the next round, has received a walkover into the quarterfinals.