HomeEntertainmentAmber Heard testifies: 'Nothing I did made him stop hitting me'
Entertainment

Amber Heard testifies: ‘Nothing I did made him stop hitting me’ 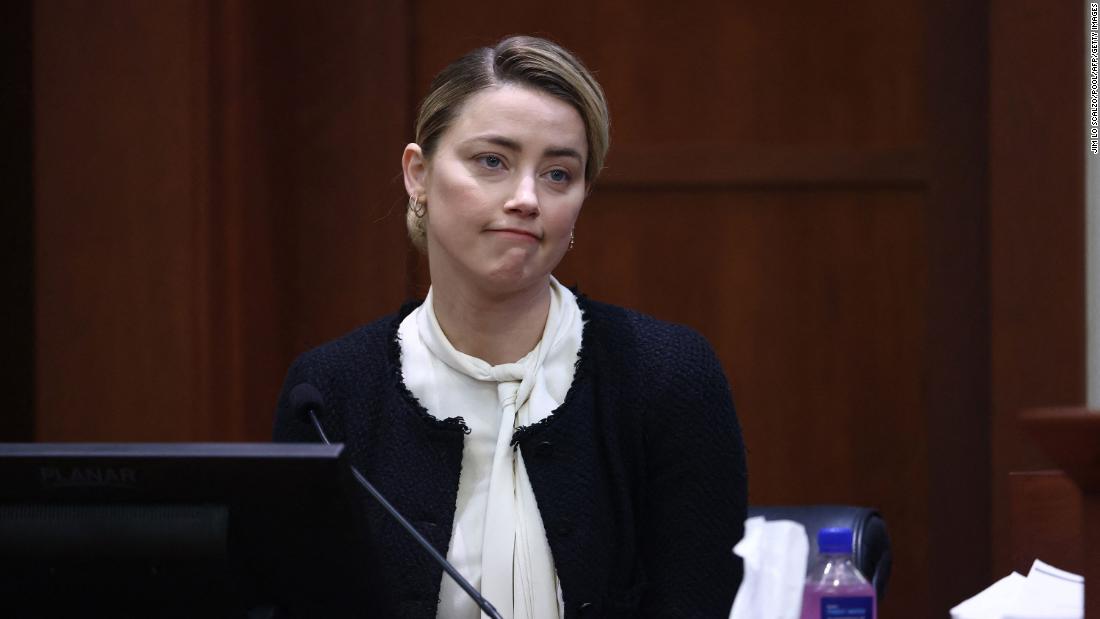 In her second day on the stand, Heard testified about alleged physical abuse by Depp that she said escalated into the couple mistreating each other.

Depp is suing Heard over a 2018 op-ed she wrote for The Washington Post in which she described herself as a “public figure representing domestic abuse.” Though Depp was not named in the article, he claims it cost him lucrative acting roles.

Depp testified over the course of multiple days that he has never struck a woman and accused Heard of verbal of physical abuse, including describing in detail one incident that left his finger partially severed.

Both have denied each other’s claims of abuse.

A fight over scenes with James Franco

Heard testified Thursday that in 2014, while she was filming a movie with James Franco, Depp grew angry over romantic scenes between them in the film. He threw objects at her and then kicked her in the back during a fight, Heard said.

“I feel this boot in my back. He just kicked me in the back. I fell to the floor and caught myself. No one said anything no one did anything,” Heard testified. “I felt so embarrassed that he could kick her to the ground in front of people.”

Heard testified that shortly after the incident, Depp apologized for his behavior and later brought on a medical team to help him detox from drugs.

“This is typical of the apologies that I would get when he took it too far physically,” Heard testified about one apology text message from Depp. “I was encouraged because I thought it meant he understood that he could really hurt me. Sometimes I didn’t think he understood how much he could hurt me physically.”

Heard testified that Depp asked her to come with him to his private island while he detoxed, a period that she described as “hell.”

“I just was in over my head. I don’t know how to detox someone,” Heard testified.

Depp previously testified about the detox period when he took the stand earlier in the trial.

“There was a great part of me that was very uncomfortable with Ms. Heard coming along with me for that detox,” Depp testified.

Before the court took a break for lunch, Heard testified that the couple’s relationship began to devolve.

“By this point in our relationship, we’re both saying awful things to each other. Screaming at each other. Unfortunately, when Johnny would start hitting me, he’d just win.”