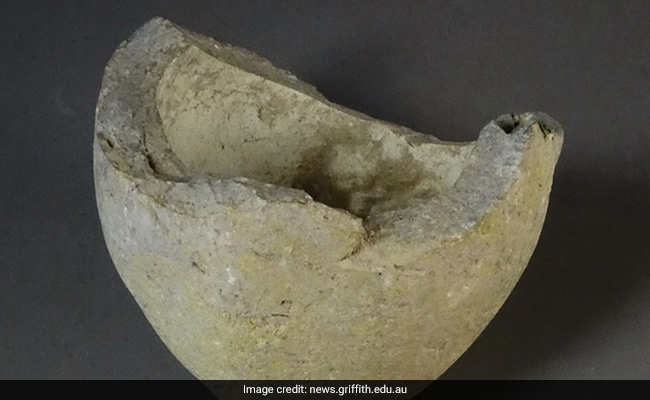 A new analysis of ancient ceramic pots from 11th-12th century Jerusalem has revealed that some of these vessels may have been used as hand grenades during the time of the Crusades.

A team of researchers led by Professor Carney Matheson at Griffith University, Australia, analysed residues from the internal surface of an ancient ceramic shard to discover that it likely belonged to a 1,000-year-old hand grenade. Archaeologists discovered four shards in the Armenian Garden in Jerusalem. They believe that one of the shards held the chemical ingredients for an explosive device “consistent with a medieval hand grenade”.

“This research has shown the diverse use of these unique ceramic vessels which include ancient explosive devices,” said Carney Matheson. The molecular archaeologist added, “These vessels have been reported during the time of the Crusades as grenades thrown against Crusader strongholds producing loud noises and bring flashes of light”.

As per the research, the other three vessels most probably contained oils, scented material and medicines – which matches up with what would be expected from such containers. However, the fourth vessel – a stoneware pot with very thick walls and no decoration – contained residue that pointed to the possibility of chemical storage or chemical explosives, the researchers said. The team discovered sulfur, along with mercury and magnesium, all at higher levels than the other pots and the surrounding soil.

The archaeologists are not ruling out other potential uses for the fourth pot: a fuel source for a lamp maybe or a container for oils. However, they have also said that the grenade hypothesis is “worth considering further” as historical accounts of battles mention the use of weapons similar to hand grenades.

The team said that the latest discovery is another piece of evidence for researchers looking to understand how far war waged thousands of years ago. Mr Matheson said that more research on these vessels and their explosive content is still needed to understand ancient explosive technology of the medieval period and the history of explosive weapons in the Eastern Mediterranean.