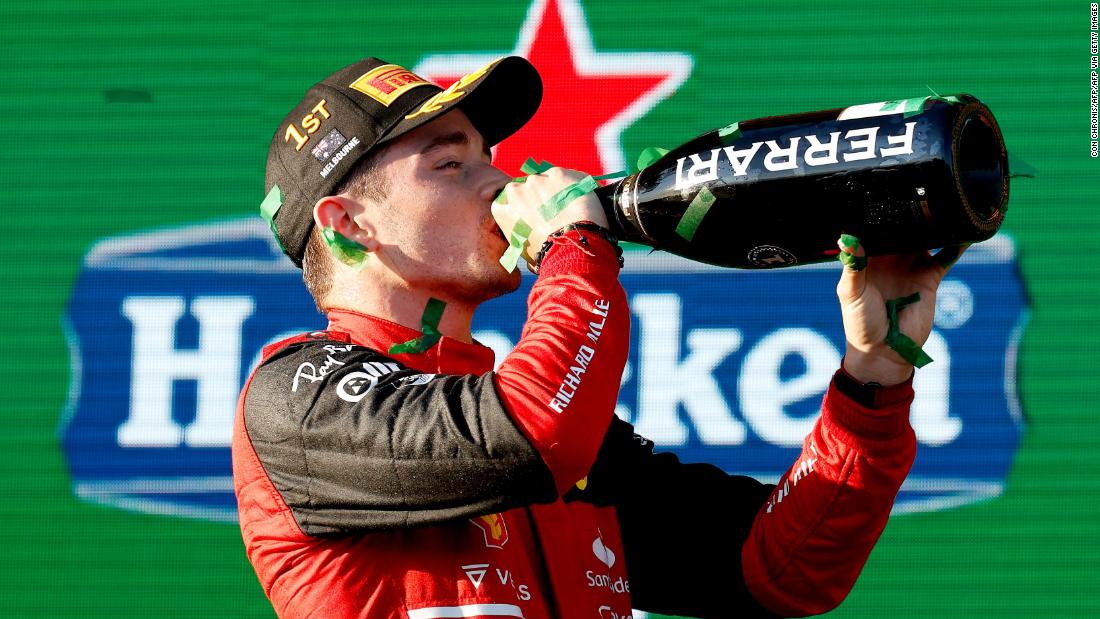 Making his Formula One debut in 2018, the young Monegasque prodigy has endured a difficult time since moving to Ferrari in 2019. Two wins at the very start of his career there raised hopes and expectations that the iconic team in red was perhaps not too far away from winning a first drivers’ championship title since Kimi Räikkönen in 2007.

However, after a frustrating remainder of 2019 and an even worse 2020 — which saw Leclerc finish a lowly eighth in the drivers’ standings and Ferrari sixth in the constructors’ championship — doubts began to creep in about whether Ferrari could provide their young star with a car worthy of his abilities.

But this season, all that has changed.

Leclerc is now driving a car that is good enough to seriously challenge at every race and, although it is still early in the season, perhaps even the world championship.

The 24-year-old Leclerc’s talents, of course, are also good enough — but they were never in question.

“The last two years have been very, very difficult because when I arrived in Ferrari in 2019, we had a car that was capable of winning races on some occasions and I did win my first two races in 2019,”Leclerc tells CNN’s Amanda Davies ahead of the Miami Grand Prix.

“Then you go in 2020 and 2021 where you find yourself with a car that is struggling much more and you are fighting for sixth to 10th place whenever you do the perfect weekend, which is probably not as exciting and [it’s] difficult to accept, but as a team I think we’ve accepted it and we’ve worked in the best way possible to get back on top this year.

“So we had a lot of hope for this year and we worked to get back to the top and to finally see that all the work that we’ve done in the past few years in this difficult situation that we were in is finally paying off, feels even more amazing.

After two years of mediocrity — Leclerc finished seventh last season and Ferrari third, almost 300 points behind constructors’ champion Mercedes — it would have been easy to become disillusioned.

Leclerc admits that months of hard work never being rewarded with anything better than a middle of the pack finish did take its toll on the team, but he is full of praise for how Ferrari managed those difficult moments.

“I mean, it’s difficult,” Leclerc recalls of that time. “Of course you’ve got times where you feel down, but anytime I felt down I just thought about 2019 and how it felt to win and that gave me the extra motivation to just get back at it and work harder than ever, to think about the good days that will be there after if we do a good job.

“I think everyone in the team had that mentality and never lost faith and motivation either, so we had the right approach.”

‘Never write them off’

One of the biggest shocks this season has been Mercedes’ struggles.

The team had won a record-breaking eight consecutive constructors’ championships and secured seven driver titles in a row before Verstappen spoiled the party in a frenetic end to last season.

Both Lewis Hamilton and George Russell have been unable to get to grips with Mercedes’ new car this year, with the seven-time world champion especially struggling.

Russell currently sits fourth and Hamilton seventh, with only two third-place finishes between them to show for their efforts this season.

Leclerc, however, knows all too well what a juggernaut Mercedes has been in the sport and, despite Hamilton already writing this season off, is wary of putting the final nail in their coffin too soon.

“I never write them off because they are such a strong team and they’ve showed it in the past, but it is also true that they are struggling since the beginning of the season,” Leclerc says. “They seem to have quite big issues that will require a bit of time before they fix them.

“So I don’t know, maybe not for the championship this year, but I’m pretty sure that they will be able to win some races at some point in the season.”

Last season’s dramatic finale, in which the title was decided on the final lap of the final race, was a welcome change for F1 fans, who had been treated to little more than Mercedes’ processions in recent seasons.

The start to this year has already got fans hoping that they might be witnessing another thrilling two-horse race — but Leclerc believes there are more drivers capable of winning the championship that just him and Verstappen.

“Checo [Perez] is extremely close,” says Leclerc, referring to the Red Bull driver. “Carlos [Sainz Jr.] has been been unlucky and maybe he’s now getting there too, but I think it will be in between us four,” added Leclerc of his Ferrari teammate.