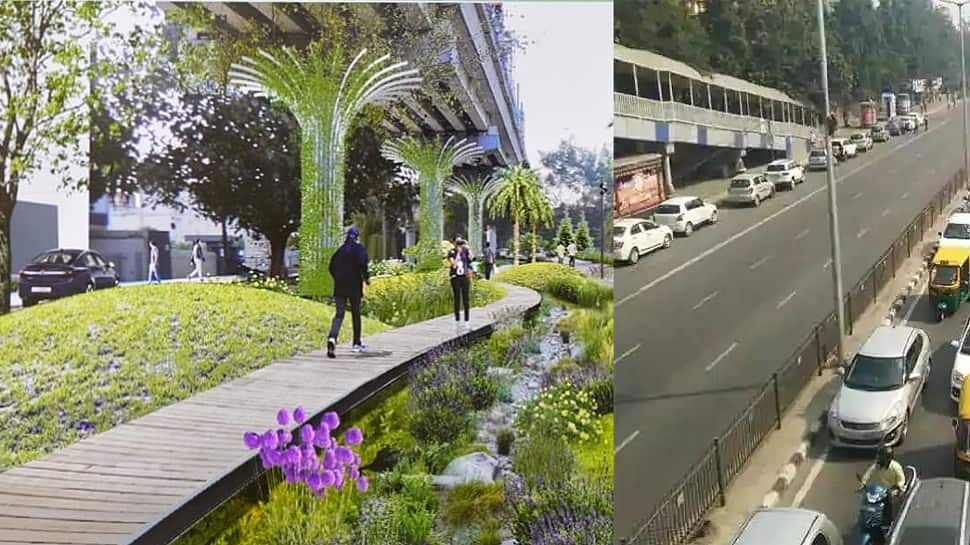 Deputy Chief Minister Manish Sisodia said “European style” roads will soon be a reality in Delhi as he reviewed the streetscaping projects on Wednesday. He said that the projects will give a new identity to the city streets. Sisodia held a review meeting with consultants and Public Works Department (PWD) officials on the streetscaping of 16 roads, which are being redeveloped in the pilot phase across Delhi, a statement said.

He also reviewed designs for beautification of these roads and gave his suggestions. “I reviewed the work of streetscaping personally with the consultants and gave suggestions for improvement. Their ideas to change the face of Delhi’s roads and make them world-class are amazing,” Sisodia said in the statement.

It is @ArvindKejriwal‘s dream to see Delhi’s roads become beautiful like European & US roads.

We are working round the clock with the best brains in the field to fulfill this dream.

“With the completion of this project European style roads in Delhi will be a reality soon. This effort of the Kejriwal Government will also decongest city roads and enhance mobility along with making them beautiful,” he said.

He said that the Delhi government is determined to give residents a safe and beautiful commuting experience with emphasis on on utility, greenery, safety, and aesthetics.
The government is also concentrating on making certain facilities for pedestrians too, he said.

Sisodia also tweeted about the development later in the evening. “It is @ArvindKejriwal’s dream to see Delhi’s roads become beautiful like European & US roads. We are working round the clock with the best brains in the field to fulfil this dream…Discussed some great ideas & addressed challenges for the Mathura Road pilot project – along which, our city roads will be decongested & beautified as per global standards,” he wrote.

The streetscaping of these 16 roads is part of the city government’s project under which 540 kms of road will be beautified.