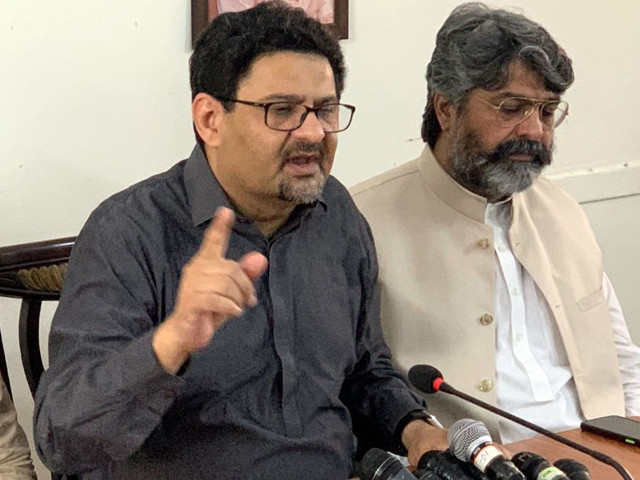 
Finance Minister Miftah Ismail on Thursday announced that the incumbent government would strive to maintain current petrol prices, adding that if rates are increased, no new taxes would be imposed.

In conversation with the media in Karachi, the minister harshly criticised former prime minister Imran Khan’s polices stating that the terms of the previous International Monetary Fund (IMF) agreement stipulated a price of Rs245 per litre of petrol.

Miftah claimed that at the current price of petrol, the treasury stands to incur a loss of roughly Rs102 billion monthly, if prices are not raised by May. He added that the government has never sold petrol at a loss. However, he assured the media that the price of petrol will be subsidised “as much as possible.”

“Pakistan is losing Rs70 billion on diesel alone and the monthly expenditure of the government is Rs45 billion,” the minister stated adding that the government would incur a loss of Rs102bn on fuel alone “equal to the cost of running two and a quarter governments, which cannot happen.”

The finance minister revealed that the government had earlier borrowed from the market, but could no longer do so due to the State Bank of Pakistan’s (SBP) new laws.

“If we do that, the government will have to pay interest. When the State Bank lends to us, we are printing money which drives inflation,” Miftah explained.

Minister Miftah also stated that borrowing from private banks was not a viable solution since it would increase interest rates.

Currently, the finance minister has assured that the price of petroleum products will not increase in the short term, owing to the pressure it creates on the working class.

On April 26, Miftah Ismail announced that the government will devise a policy to increase petroleum prices, adding that the “elite class having big vehicles could not be given subsidy, however, those using less petrol such as motorcyclists will be given relief”.

“Prime Minister Shehbaz Sharif has advised him that no economic pressure should be put on the common people,” he added.

However, Minister of Information and Broadcasting Marriyum Aurangzeb subsequently announced that PM Shehbaz had rejected the summary for the increase in prices of petroleum products, accusing the former Pakistan Tehreek-e-Insaf (PTI) government of ‘incompetence’ stating that citizens must not suffer due to the mistakes of the former government.

In a statement, Aurangzeb added that the government of ex-premier Imran acceded to the harsh conditions of the IMF and increased the prices of petroleum products in order to secure a loan from the financial watchdog.

“This government is making every possible effort to not further burden people already facing the brunt of high inflation,” the information minister added.