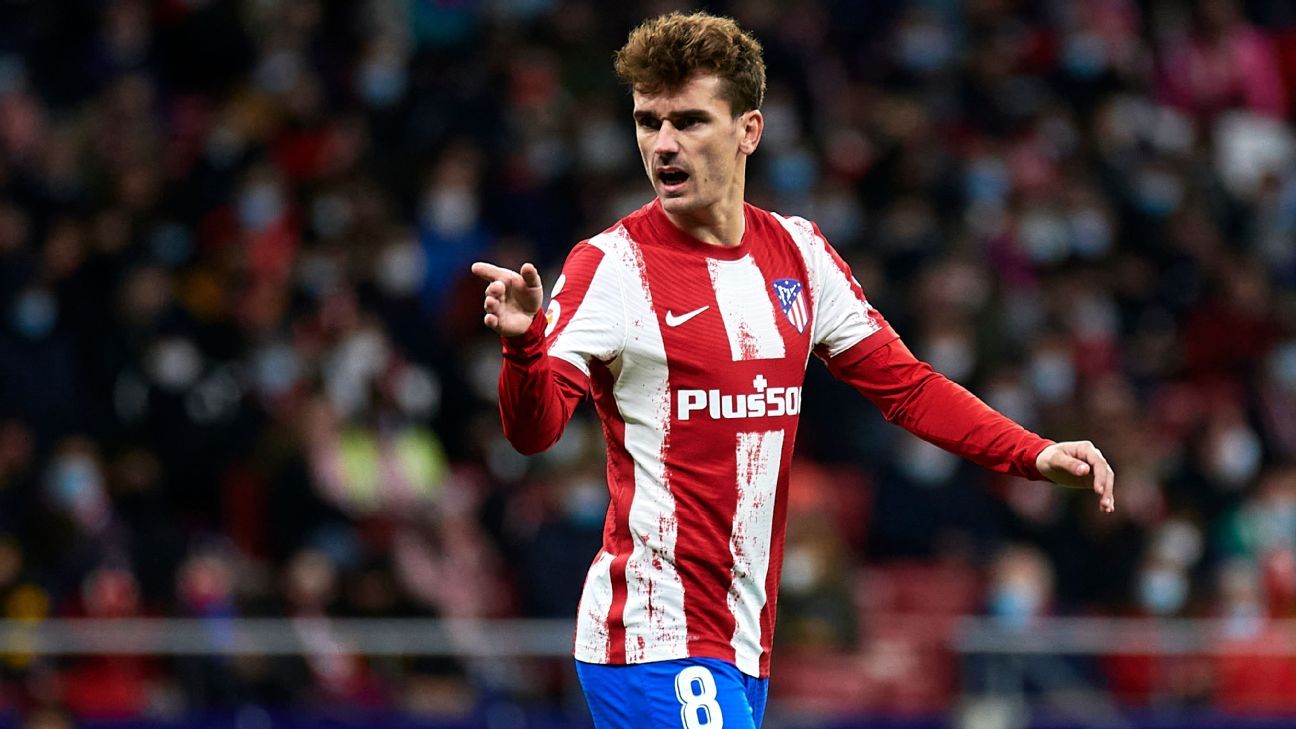 Antoine Griezmann has told ESPN he is “pissed” by his lack of goals, with Atletico Madrid facing an end-of-season battle to finish in the LaLiga top four starting with this weekend’s Madrid derby.

Atletico host champions Real Madrid — who confirmed their league title win last Saturday — at the Wanda Metropolitano on Sunday with the team fourth in the table, three points ahead of rivals Real Betis.

Griezmann, 31, hasn’t scored in LaLiga since November and has only found the net three times in 22 league appearances this season.

“Personally, I’ve been a bit pissed and annoyed,” he told ESPN. “I’m not scoring and I know the team — and everyone — need my goals. It’s something that can’t happen. So I’m trying to change that.”

Atletico had been in good form, winning six games in a row, before April saw them lose twice — 1-0 at Real Mallorca and 2-0 at Athletic Club — as well as drawing 0-0 with Granada, to leave their prospects of qualifying for next season’s Champions League in jeopardy.

Griezmann is the fourth-highest scorer in Atletico Madrid’s history, with 141 goals in all competitions, having spent five successful seasons at the club until a controversial move to Barcelona in 2019.

The France international returned to Atletico last summer on a season-long loan, with the option of another season which would then be followed by an obligatory purchase.

“I felt good until my injury,” Griezmann said, when asked for his assessment of a campaign that was disrupted by a hamstring problem picked up in December. “After that it was hard for me to come back. I’m trying to help the team as much as I can. I feel good in general but what I’m missing is goals.

“They’re a necessity for the team, and I need them too. That’s the only thing I’m missing, but it’s something that’s important in terms of our results, so I’ll keep working to improve.”

Manager Diego Simeone backed Griezmann to turn his form around last week, calling him “one of the best players in the world.”

“He always works, he’s always committed,” Simeone said. “I have no doubt he’ll come out of this… What he needs is to score again, that will give him confidence and then we’ll see the player we’ve been used to in previous years.”