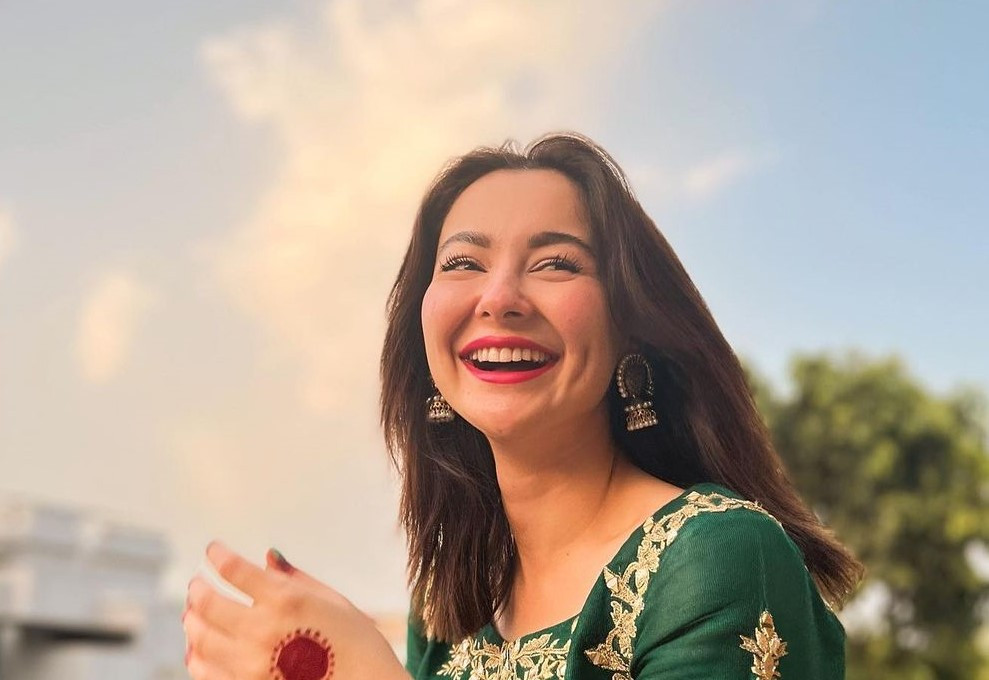 Fans are known to give the most genuine form of love to their favourite celebrities but sometimes, although out of good heart, the affection crosses boundaries. While awkward and sometimes even funny fan encounters are a part and parcel of celebrity fame, actor Hania Aamir has a fan story that is more than just an anecdote for an intimate party. This one involves some stalking, some cops and a kind mother who saved the day.

During promotions for Aamir’s Eid release, Parde Mein Rehne Do, the entire cast of the social comedy appeared on the Eid special chat show Hansna Mana Hai on the first day of the occasion. Talking about her sporadic career and fan moments, the host asked if the Sang-e-Mah actor has faced a “weird” fan moment where they’ve sent any  “strange messages or violated her privacy.”

Aamir quickly recalled a story where fans found her home address and showed up there, unannounced and unwilling to leave. She shared, “Some fans showed up outside my house but I wasn’t home. They didn’t believe it and waited for three to four hours. The police arrived and asked my family to tell them they knew them [and threatened to] take them away [if they didn’t]. My mother talked to them and told the police ‘No, let them go, they’re only kids’.”

What’s shocking is that this is not a one off instance of stalking celebrity houses. Singer Uzair Jaswal shares a similar, but more invasive incident, where fans showed up at his house while he was away and lied to his parents saying they were friends with him. If that’s not enough, the fans only left after having tea with his family.

These stories may be funny and light-hearted given nothing harmful happened, but it is concerning to think how people violate the private spaces of public figures, when barging in without a regard for their boundaries.

Actor Ushna Shah has repeatedly taken to her social media handle to share how inappropriate touches by fans have made her uncomfortable in the past and triggered her Obsessive Compulsive Disorder (OCD).

Earlier this year, actor Mehwish Hayat was, thankfully, saved from an unsolicited touch by a colleague during a meet and greet session. The act was brought to the Punjab Nahi Jaungi star’s attention when a viral video making rounds on social media reached her. Hayat expressed her shock and called out the man for crossing the line and emphasised on the need to learn social manners. “Some people need to learn manners of meet and greet when around women. I had to do this to this uncle,” Hayat’s colleague, Rehan, captioned the video that sees him preventing the man’s hand from touching Hayat’s waist.