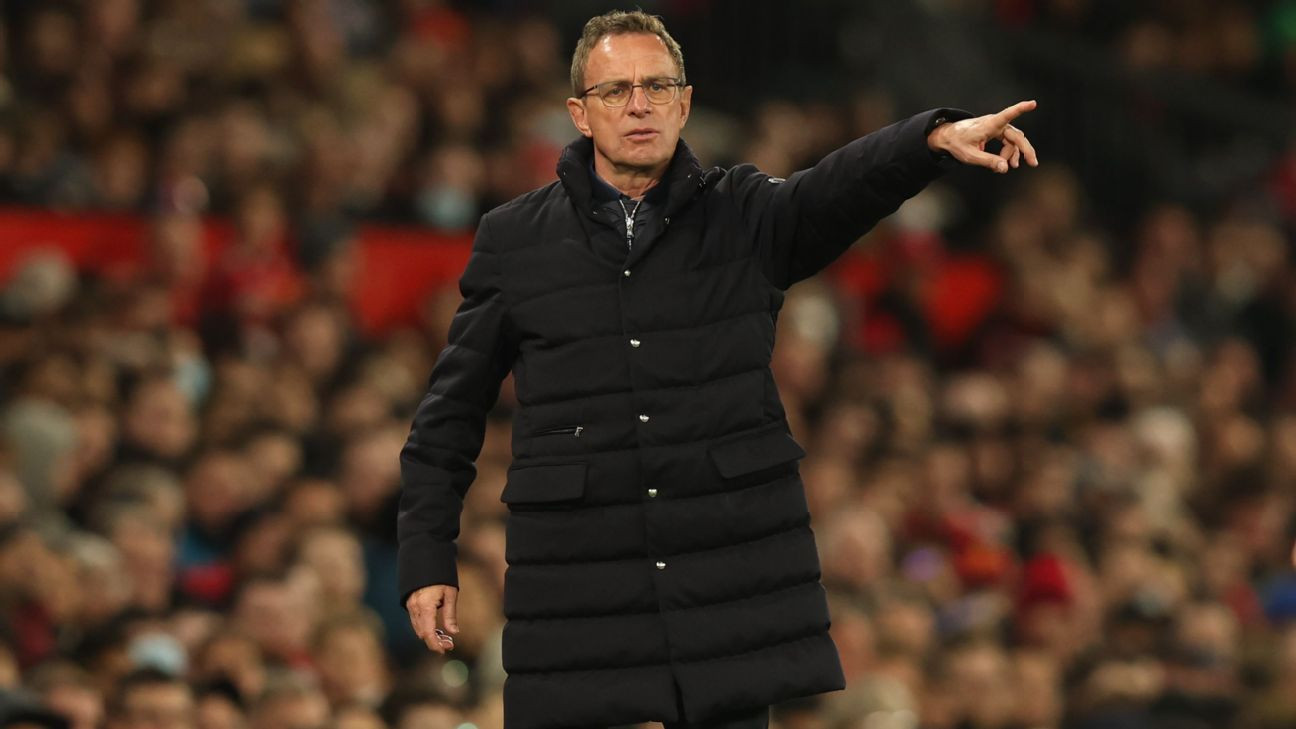 Rangnick will step down at the end of the season and the new Austria manager, who will remain at Old Trafford in a consultancy role, said finding someone to share the scoring burden with Cristiano Ronaldo will be one of Ten Hag’s top tasks.

United are sixth in the Premier League and have scored 57 goals in the campaign, 27 fewer than leaders Manchester City.

Portuguese forward Ronaldo has scored 24 goals from 38 games in all competitions, including 18 in the league.

“Cristiano isn’t a central striker or does not want to play in that position,” Rangnick said.

“It’s obvious the club needs at least two new strikers who give this team more quality and more options. I wouldn’t even call it wingers.

“Two strikers and modern strikers, that do not necessarily have to be wingers. If you look into international football, there aren’t many top teams who still play with two strikers. Most play with either three strikers or a false nine.”

Rangnick pointed to the depth of talent at title contenders Manchester City and Liverpool.

“If you look at Liverpool and Manchester City … they have in their squad five or six top-class strikers,” Rangnick said.

“Gabriel Jesus, until four weeks ago, hardly played (for City). Now he’s playing again regularly. You look at the number of players they have and if you ask me is he playing as central striker or winger? Is Jack Grealish a winger or striker?

“They’re all strikers and can play in different positions. They can also switch, they can rotate.  Those kinds of players, we don’t have that many.”