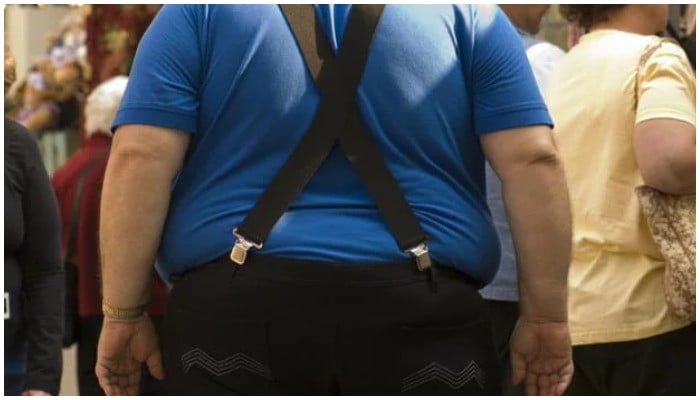 PARIS: Every 10 centimetres (four inches) on a man’s waist increases his risk of dying from prostate cancer by 7%, according to a new study on Thursday — the largest ever conducted on a possible link between obesity and the disease.

Prostate cancer is the second most commonly diagnosed cancer in men and the fourth most common overall, according to the World Health Organisation, but its relationship to obesity remains unclear.

To get a better idea of the size of the risk, researchers examined all the relevant studies published on the subject so far, which covered 2.5 million men, and analysed new data on more than 200,000 men in the UK.

With each five-point increase in body mass index (BMI), the risk of dying from prostate cancer rose by 10%, according to the study published in the journal BMC Medicine.

Aurora Perez-Cornago, a nutritional epidemiologist at Oxford University who led the research, said that if men shaved five points off of their BMI, there would be 1,300 fewer deaths from cancer every year in the UK alone.

“The key message is: please, men, maintain a healthy weight,” she told AFP.

Previous research had suggested that stomach fat could be “more important for aggressive prostate cancer” than overall weight, the study said.

But Perez-Cornago said they found that “it doesn’t seem to matter that much where the fat is located.”

It is still unknown whether obesity directly causes prostate cancer to develop. Perez-Cornago is carrying out further research on the subject but does not yet have results.

“To date, we don’t know, because it is also possible that men with obesity may be diagnosed with prostate cancer at a later stage,” she said.

“If they are diagnosed at a later stage, the tumour is likely to be more aggressive and they may be less likely to survive.”

Perez-Cornago said there were several reasons why prostate cancer is often detected later in overweight men, including that they could be less health-conscious.

“For example, if they start going to the toilet at night more often — a classic symptom of prostate cancer — they may be less likely to go to a GP,” she said.

Even if they tested, it is less likely to pick up the molecule indicating cancer because obese men have more blood, diluting the sample.

The study, which was funded by Cancer Research UK, was presented at the European Congress on Obesity in the Netherlands.