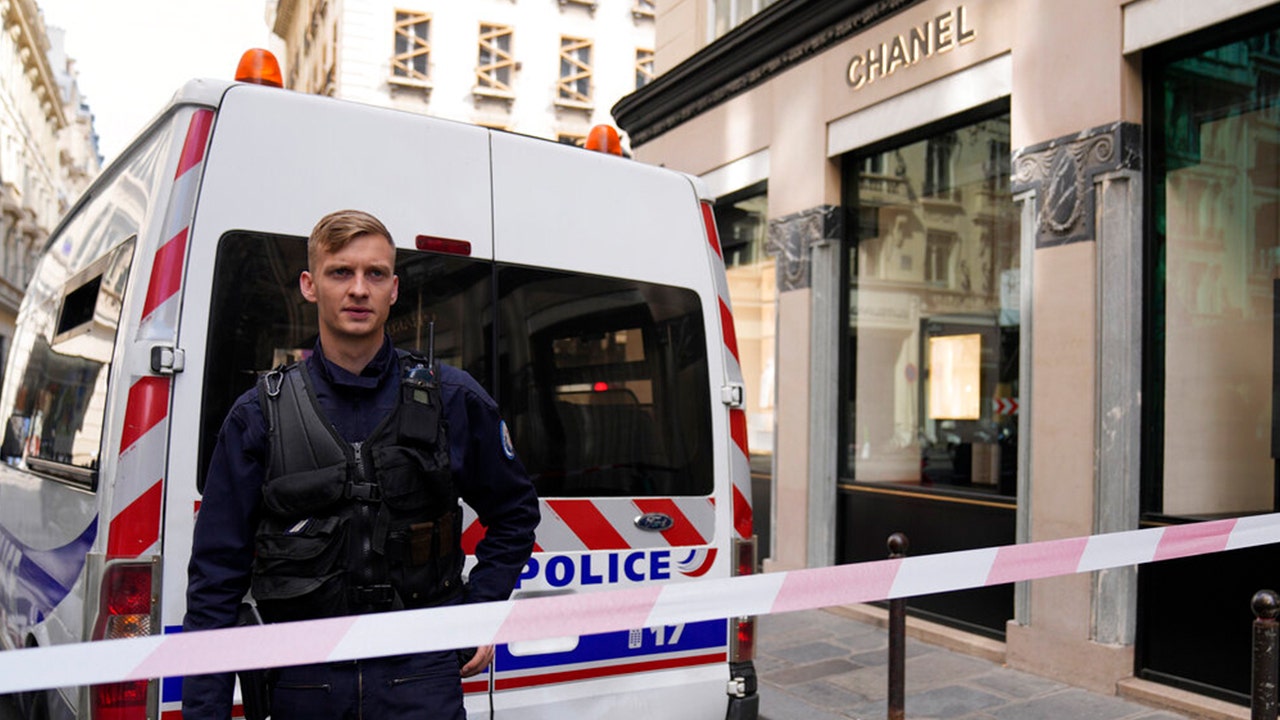 A group of armed men robbed a Chanel jewelry boutique in Paris in broad daylight Thursday and escaped on two motorcycles.

The police prefecture tweeted that members of a special brigade went to the scene after the heist, which occurred close to 3 p.m.

The boutique on rue de la Paix, not far from the French capital’s opera house, has been standing in for a Chanel shop on the posh Place Vendome that is undergoing renovation.

The estimated value of the goods stolen from the store was not immediately known. A video circulating on social media of what appeared to be the heist showed four men dressed in black and with their faces covered escaping on two motorcycles. Three of them had been in the store while one stood guard with what looked like an automatic rifle strapped across him.

Le Parisien newspaper quoted a supervisor at a nearby store, Cyril Ngo, as saying that passers-by did not notice the weapon or understand what was going on. He said the robbery took about 10 minutes.

Back in September, seven thieves stole millions of euros worth of jewels from Bulgari shop on Place Vendome. Police chased suspects on two motorcycles and in a car through Paris. Two suspects were quickly arrested, one shot in the leg by police.

Share
Facebook
Twitter
Pinterest
WhatsApp
Previous articleKaty Perry says she’s saving her outfits in a ‘warehouse’ to pass on to her daughter
Next articleJudy Henske, folk singer known as ‘Queen of the Beatniks,’ dies at 85