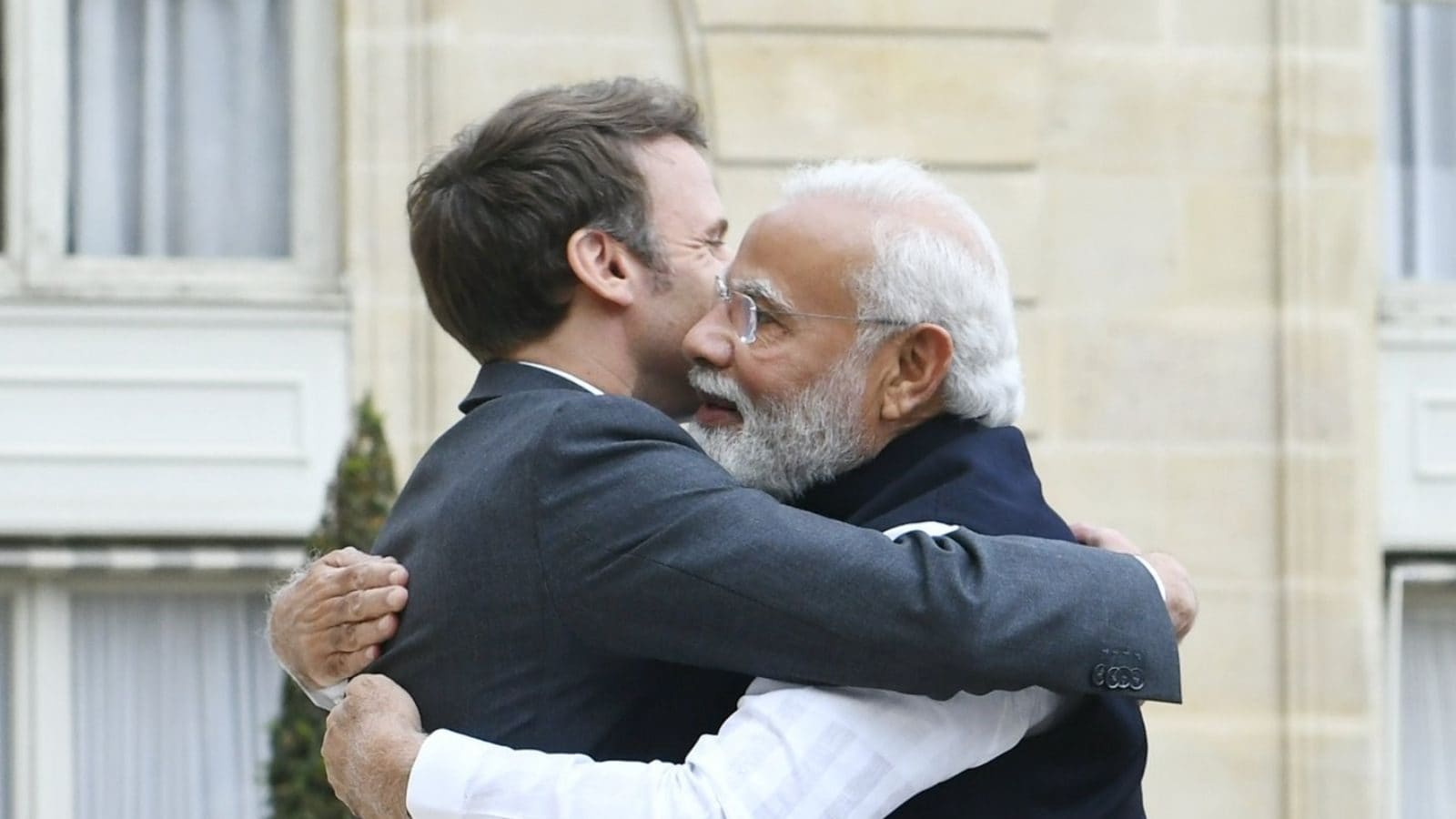 Prime Minister Narendra Modi and French President Emmanuel Macron held extensive discussions on a range of bilateral and pressing global issues, including the raging conflict in Ukraine, the situation in the Indo-Pacific, and terrorism, as the two top leaders agreed on a blueprint to work together in making the India-France strategic partnership a force for global good.

Modi, who arrived here on a brief working visit from Denmark on the final leg of his three-nation European tour, held one-on-one and delegation-level talks with Macron at the Elysee Palace on Wednesday night in their first meeting after the French leader was recently re-elected in the presidential election.

Modi and Macron held discussions on the entire range of bilateral issues, including cooperation in defence, space, blue economy, civil nuclear, and people-to-people ties, the Ministry of External Affairs (MEA) said in a press release. “Delighted, as always, to meet my friend President @EmmanuelMacron. We talked at length about bilateral as well as global issues. India and France are proud developmental partners with our partnership spread across different sectors,” Modi tweeted in English and French languages along with a photograph of him and Macron hugging each other.

The two leaders also took stock of the regional and global security outlook and discussed ways to work together in making the India-France Strategic Partnership a force for the global good. The Prime Minister’s visit to France displayed the strong friendship and goodwill not only between the two countries but also between the two leaders, the release said. Tweeting a photograph of his meeting with Modi, Macron said, “Tonight, with @NarendraModi, we discussed the different ongoing international crises as well as our strategic partnership. We also talked about food security issues and the FARM initiative, in which India will play a key role.” Prime Minister Modi invited President Macron to visit India at the earliest opportunity, the MEA release said.

India and France are strong strategic partners and the two leaders are also good friends, Foreign Secretary Vinay Kwatra told reporters here. President Macron’s renewed mandate and the conversations between Prime Minister Modi and the French President allow the two countries to build on existing strengths and success of the India-France strategic partnership and also jot out a blueprint for its next phase, he said.

“The two leaders held wide-ranging discussions on all the key areas of bilateral engagement, including in defence, space, civil nuclear cooperation, and people-to-people linkages. They also discussed regional and global issues including developments in Europe and in the Indo-Pacific. India and France see each other as key partners in the Indo-Pacific,” Kwatra said. According to a joint press statement issued after the meeting, India and France — in a post-pandemic world, facing global geopolitical challenges — reaffirmed their commitment to prepare for the future together by further deepening their cooperation, expanding it in new domains to meet emerging challenges and broadening their international partnership.

Besides bilateral cooperation, India and France will continue to develop new partnerships in various formats with like-minded countries in the region and within regional organizations, it said. “India and France have built one of the premier strategic partnerships for advancing peace, stability, and prosperity in the Indo-Pacific region. They share a vision of a free, open, and rules-based Indo-Pacific region, based on a commitment to international law, respect for sovereignty and territorial integrity, freedom of navigation, and a region free from coercion, tensions, and conflicts,” the statement noted, amidst China’s aggressive moves in the strategically important region.

The two leaders also expressed serious concern about the ongoing conflict and humanitarian crisis in Ukraine. “They unequivocally condemned civilian deaths in Ukraine and called for an immediate cessation of hostilities to bring parties together to promote dialogue and diplomacy to find an immediate end to the suffering of the people,” the statement said.

Both countries underlined the need to respect the UN Charter, international law, and the sovereignty and territorial integrity of states. The two leaders discussed the regional and global implications of the conflict in Ukraine and agreed to intensify coordination on the issue, it said. “The two leaders also spoke very extensively, exchanged views very extensively on the cascading effect of the situation in Ukraine, in terms of global food shortages, shortages of commodities, such as fertilizer, and how the two countries can partner together in order to address some of these challenges which are very real and felt on the ground,” Kwatra said.

“There is a very clear understanding of each other’s position and they did agree to stay in touch and coordinate very closely. So that as the situation evolves, they can both individually or together play a constructive role in this situation, so that all these challenges, which I talked about, can be resolved, he said. Soon after his arrival here, Modi had described France as one of India’s strongest partners, with both countries cooperating in diverse areas.

In the joint statement, India and France underscored that the long-standing armament cooperation is testimony to the mutual trust between the two sides. Both sides also agreed to work jointly to increase the mobility of students, graduates, professionals, and skilled workers while strengthening their efforts to combat irregular migration.

Both the countries enjoy a robust economic partnership with a bilateral trade of USD 7.86 billion (2020-21) and a cumulative Foreign Direct Investment of USD 9.83 billion since April 2000.