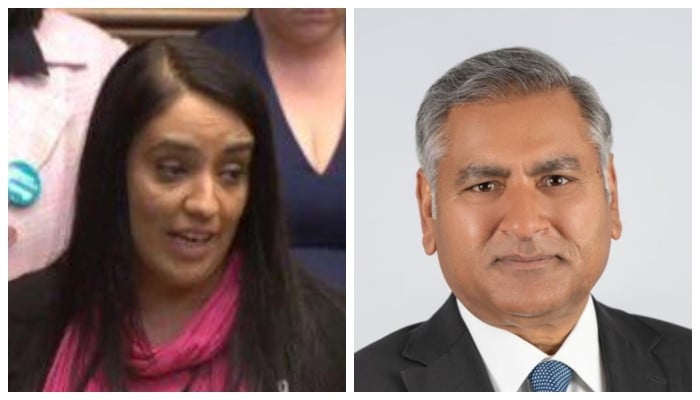 LONDON: Former PML-N MPA and British Pakistani businessman Dr Ashraf Chohan has won a defamation case at the London High Court filed by Labour MP Naz Shah over an alleged defamatory tweet made in 2020 during the Black Lives Matter (BLM) protests in London.

Judge Lewis, sitting at the London High Court, ruled Dr Chohan had expressed his opinion and did not make a statement of fact that Naz Shah’s support of BLM meant that she supported vandalism, as depicted in the tweeted video.

The case between the two started after Dr Chohan published a Tweet on June 12, 2020, when BLM protests were at its peak in Britain after the tragic killing of George Floyd by the US police.

Dr Chohan had tweeted: “Congrats to @NazshahBfd for her support for Vandalism.”

The tweet was accompanied by a video that showed a few people vandalising a shop in a London area during the BLM protests held in London to show support for the worldwide movement.

Shah’s legal team had alleged that the Conservative Party representative claimed in his tweet that the British Pakistani MP was in favour of “criminal activity, therefore, implying our client is a criminal by default”.

The judge, according to a copy of the sealed order available with this publication, ruled: “This meaning is an expression of opinion.”

The judge gave chase level 1 to Naz Shah on the determination of the meaning of the tweet and ruled: “The meaning is defamatory of the Claimant at common law.”

The judge ruled that the basis of Dr Chohan’s opinion is sufficiently stated, namely Naz Shah’s support for BLM and the disorder that accompanied some of its protests. The judge also refused the claimant’s application for permission to appeal. Lawyers for the claimant had applied that Dr Chohan’s Tweet does not state that Naz Shah supports BLM whereas it does state that she supports vandalism and that this is clearly a statement of fact regardless of any opinion concerning it.

Dr Chohan said after the ruling: “The Court has given judgment in my favour that my statement about Naz Shah MP was my expression of an opinion. I exercised my right of free speech to state my opinion of something. Naz Shah should drop her case against me. Thank you to Mark Lewis and my barrister John Stables of 5RB.”