Rainn Wilson relishes in the macabre and paranormal 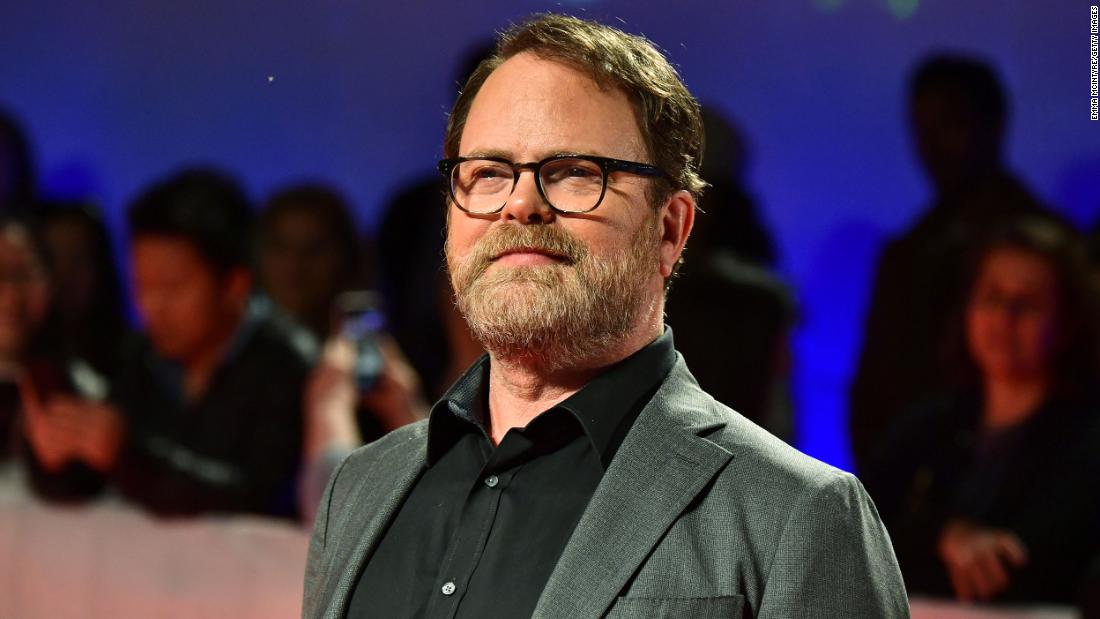 These tales, often found by producers who are deep diving Reddit, are set inside the fictional world of Radio Rental, an ’80s video rental store run by an eccentric shopkeeper, Terry Carnation, played by Wilson. He says he approaches Carnation from a comedic standpoint, but that the stories are in fact very real and extremely bone chilling.

“Terry Carnation is the kind of character that introduces these kind of specific, mysterious, supernatural stories,” Wilson says. “And I had been wanting to do this character and work on this character for a while.”

The third season of the podcast is currently being released, with Wilson calling each episode “good old fashioned storytelling.”

Wilson says people love that the stories are true.

“These stories really happen,” he says, adding, “There are ghost stories, there’s supernatural stories. There are alien encounters. There are coincidences that are so spooky. You can’t even believe them. There’s people that have been stalked. There’s the supernatural and otherworldly stories and they’re all the much scarier because they really actually happen to people.”

Wilson recalls one story from season one that has stuck with him since he heard it. “This family, they moved into a new house and there was like a mysterious little girl that would come out of the woods, play with the person, but then it turns out that the little girl didn’t exist,” he says.

He believes it, too.

“I believe every last person telling these stories and when you hear their voices and how they recount it,” he says, “It isn’t like some drunken bar at 2 a.m., people trying to outdo each other and make up circumstances. This actually happened to these folks.”

He’s still playing a comedic character, though, in spite of the dark subject matter.

“He is a character like you would see in sketch comedy, he’s a late night re radio DJ. He’s very self important. He’s very, kind of caught up in the sound of his own voice,” he says. “So this is comedy. This is just using comedy to introduce the supernatural, which I think has a nice effect. I mean, it works for the Crypt Keeper (from ‘Tales From the Crypt’), it worked for Vincent Price. It worked for Elvira, and now it works for Terry Carnation.”

“Radio Rental” streams on Apple Podcasts and wherever podcasts are available.