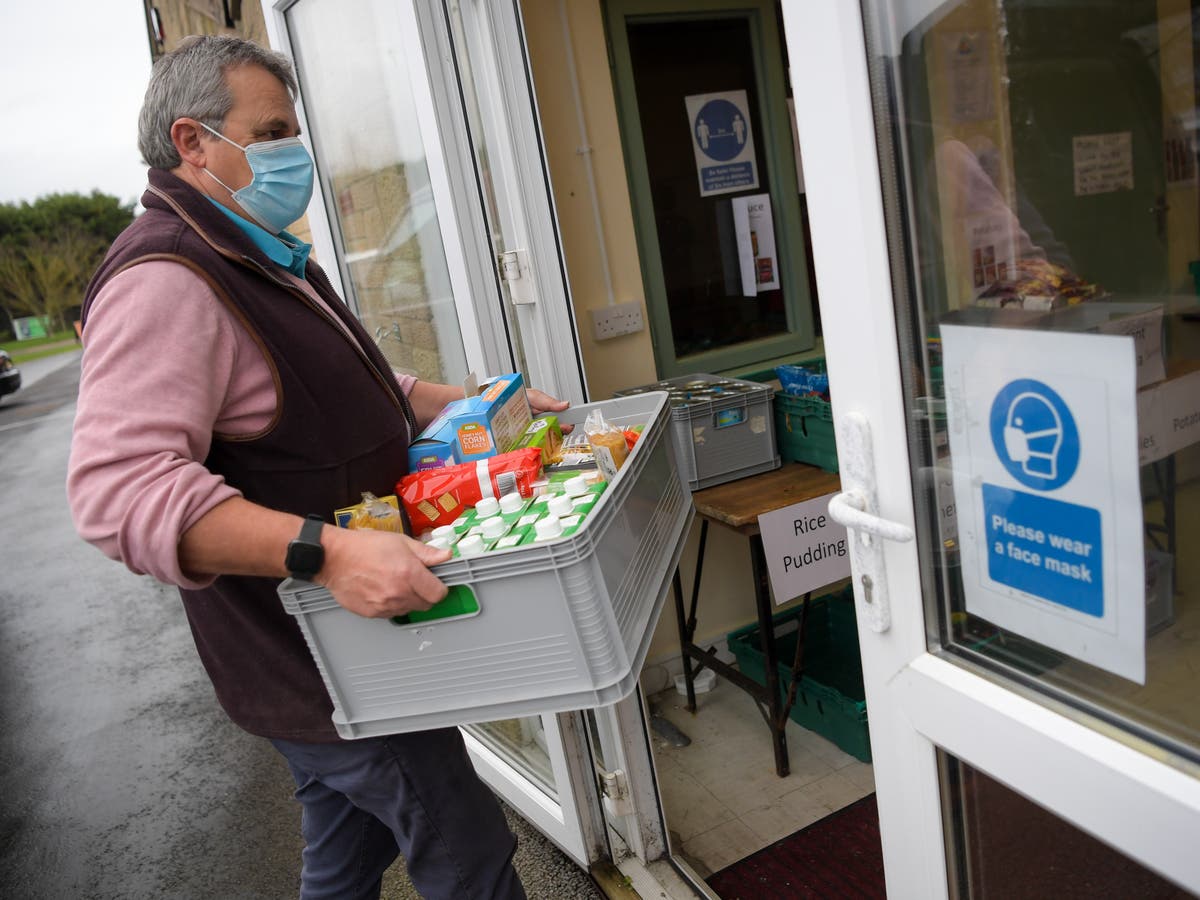 Inflation will spiral to more than 10 per cent by October – the highest rate in 40 years – as Britain risks being pushed into recession with millions facing higher bills.

The Bank of England raised interest rates by 0.25 per cent to 1 per cent in a bid to tame rampant rises in living costs, and warned that the economy is likely to shrink in the final quarter of the year.

In comments that will pile pressure on chancellor Rishi Sunak to provide more support for struggling families, the Bank said there was little it could do to help with an unprecedented spike in energy bills and the second-biggest fall in living standards since records began.

Labour accused government ministers of “shrugging their shoulders” at the crisis, while economists called on Mr Sunak to offer more financial assistance to prevent the UK from falling into recession.

Households are expected to be hit with a devastating 40 per cent rise in energy bills this winter, sending inflation to 10.25 per cent – a level not seen since 1982.

Average gas and electricity bills are forecast to hit £2,800 when Ofgem raises its price cap to reflect a rise in wholesale energy costs, which has been exacerbated by the war in Ukraine. Prices of food and other essential goods are also expected to continue to rise, the Bank’s Monetary Policy Committee (MPC) said on Thursday.

The MPC warned that, while wage growth will be stronger than previously forecast, household disposable incomes will continue to fall sharply. As consumers cut back on spending, the economy is expected to contract in the final quarter of 2022.

The income squeeze is forecast to peak later this year before easing in 2023, but spending will continue to be constrained by persistently high energy prices.

While the UK will technically avoid a recession – defined as two successive quarters of negative growth – this will come as little comfort as households face an average hit to their incomes of £1,200.

“The government can’t shield us all from the pain of rising energy costs, but can and must provide more targeted support for the low- and middle-income households worst affected by this cost of living crisis.”

The Bank now forecasts zero growth in 2023, followed by 0.2 per cent in 2024 and 0.7 per cent in 2025. The figures will add to growing pressure on Rishi Sunak to do more to help households struggling with rising bills.

Some cabinet colleagues have urged the chancellor to cut tax taxes to limit the shrinking of the UK’s economy. One minister called for Mr Sunak to slash VAT, telling The Times: “A recession feels inevitable, we may already be in one. What we’re hearing from retailers is horrifying, prices are going through the roof.”

Despite what it called a “material deterioration in outlook” for the UK and global economies, the MPC voted in favour of a fourth consecutive 0.25 percentage point interest-rate rise in a bid to tame inflation.

Inflation as measured by the Consumer Price Index is already running at 9.1 per cent in the second quarter of this year – the highest level in four decades.

The MPC conceded that monetary policy could do little to offset what will be the second-largest fall in disposable incomes since records began. It expects inflation to fall sharply in 2023, before dipping below the Bank’s 2 per cent target rate in 2024 and reaching 1.3 per cent in 2025.

The Bank said it had taken the decision to hike rates because of “the tightness of the labour market, continuing signs of robust domestic cost and price pressures, and the risk that those pressures will persist”.

It also warned of the risk that energy prices could rise more than expected this winter, particularly if flows of Russian gas into Europe slow significantly.

“Under such a scenario, European gas prices would be likely to increase sharply, and gas quantities could be rationed going into next winter as EU gas stocks might run low,” the Bank said.

It cautioned that Russia’s war in Ukraine, coupled with potentially serious outbreaks of Covid in China, could cause further disruption to supply chains, pushing inflation up further.

Thursday’s 0.25 per cent increase takes the base rate to its highest level in 13 years, pushing up monthly mortgage payments for borrowers on variable and tracker deals.

Three members of the nine-person committee wanted tougher action on inflation, calling for a 0.5 per cent rate hike.

“Not only are ministers shrugging their shoulders at the spiralling cost of living crisis, they’ve made it worse by hitting working people and businesses with 15 Tory tax rises that will further stifle our economic growth,” she said.

The Bank also signalled that it may soon begin to sell off the £875bn of government bonds it has purchased under its quantitative easing programme.

Staff have begun working on a strategy for the sell-off, but a decision on whether to go ahead has been put off until future MPC meetings, and remains dependent on economic circumstances.

Nonetheless, it marks a major turning point after 13 years of ultra-loose monetary policy since the financial crisis.

It comes as the US Federal Reserve announced its biggest single interest rate increase since 2000. The central bank increased its target federal funds rate to a range of 0.75 per cent to 1 per cent.