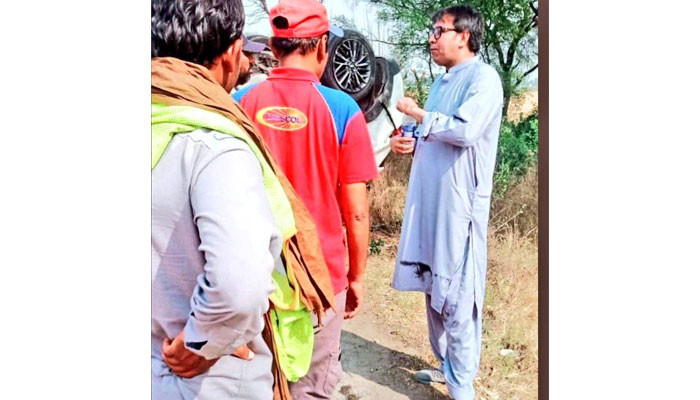 The former special assistant to then prime minister Imran Khan was travelling to Islamabad from Lahore. According to motorway police officials, the accident took place near Khanqah Dogran.

A spokesperson of the motorway police said that there was no evidence of involvement of any other vehicle. The injured will be shifted to Islamabad after receiving medical treatment, he added.

Sources said that the accident took place due to the negligence and carelessness of the driver.

Terming the accident a “murder attempt”, Shahbaz said his car was chased and deliberately hit “under a plot.”

“I am standing by [Imran] Khan and will continue to do… I want to tell the nation that they will also attack Khan. They will try to silence us at all costs,” he wrote on Twitter.

“External conspirators, its local handlers and traitors know that [Imran] Khan and his party members will not remain silent,” he said, adding that they will expose everyone.

“This is terrible. Hope he’s safe,” she wrote, adding that the police should look into this matter thoroughly.

“This can’t be a coincidence when the interior minister is threatening PTI members and affiliates,” she claimed.

According to motorway police, the car that allegedly collided with Gill’s vehicle has been identified.

The driver of the vehicle, instead of stopping the car, fled the scene, the police said, adding that the driver has also been identified.

The motorway police said that the persons concerned will soon be taken into custody, adding that a committee comprising officers of the motorway police, has been formed to probe the matter.