HomeSportsWho are the best all-time transfers in and out of every Big...
Sports

Who are the best all-time transfers in and out of every Big East school? 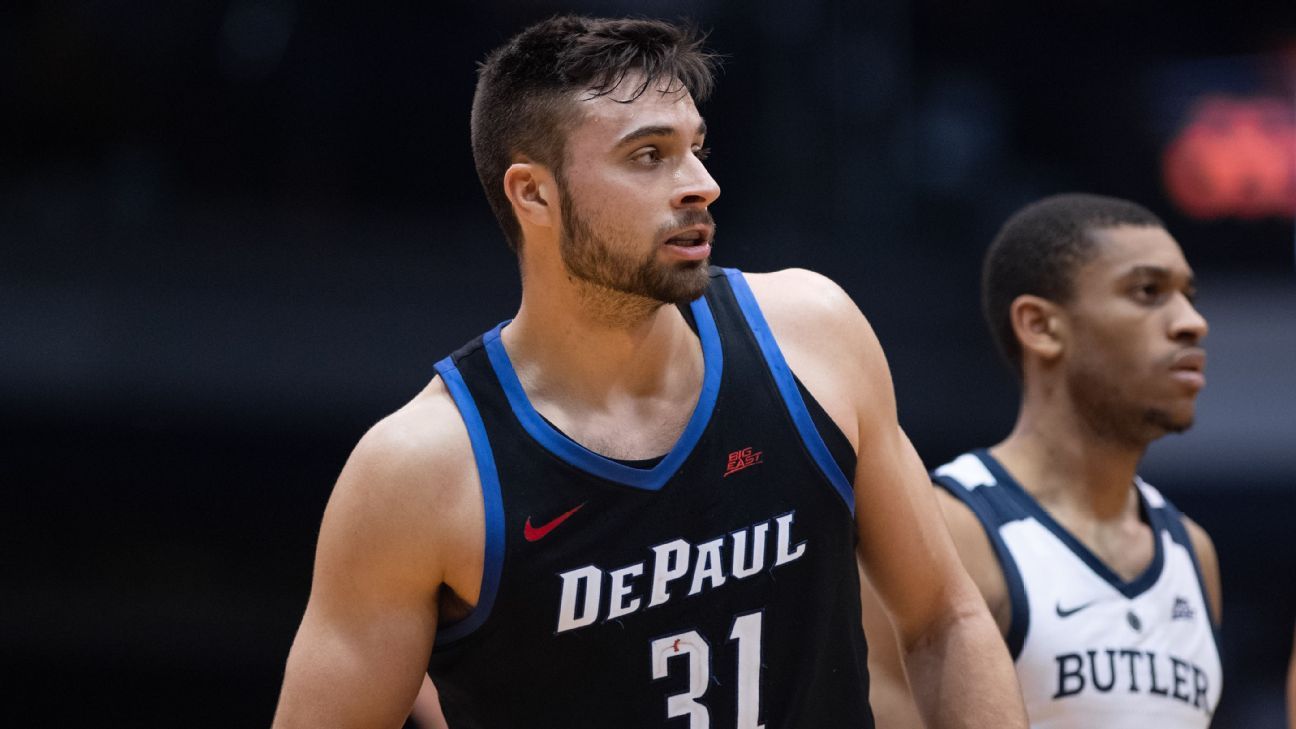 Now that the transfer portal is an annual offseason obsession for all of us, it might be useful to reflect on a larger question: Just how important have transfers been — whether due to addition or subtraction — to each men’s basketball program in Division I’s top seven conferences?

Today we begin answering that question by taking a look at the Big East.

Note that we define a “transfer in” as someone who actually played minutes previously at a different four-year program. Conversely, a “transfer out” is simply a player who saw time at the Big East program in question.

Understood? Here are the most significant Big East transfers of the modern era.

Best transfer in: Rotnei Clarke, 2012-13
Clarke averaged 17 points a game in his single season as a Bulldog after transferring in from Arkansas. The 6-foot senior teamed with Roosevelt Jones as Butler earned a No. 6 seed and came within a 3-pointer of the Sweet 16 in the final season of the Brad Stevens era.

Most significant transfer out: Joey Brunk, 2016-19
Brunk appeared in just 27 games across two seasons for the Bulldogs before making a great leap forward in 2018-19. He then parlayed that success into a Big Ten career, first at Indiana in 2019-20 and then, last season, at Ohio State.

Best transfer in: R.J. Cole, 2020-22
Cole put up 22 points per game over the course of two seasons at Howard before transferring to UConn. Last season, he earned first-team All-Big East honors as the leading scorer for a Huskies team that received the program’s highest seed (a No. 5) in 11 years. Note that one of Cole’s top competitors for this “best transfer” honor is teammate Tyrese Martin, who arrived in Storrs by way of Rhode Island.

Most significant transfer out: Alex Oriakhi, 2009-12
Oriakhi won a national title as a sophomore in 2011 alongside Kemba Walker, Shabazz Napier and Jeremy Lamb. When UConn was ruled ineligible for the 2013 NCAA tournament because of below-standard Academic Progress Rate scores, Oriakhi elected to play his final season at Missouri.

Best transfer in: Marcus Foster, 2016-18
Foster earns this “best transfer” nod over more recent Bluejays such as Ryan Hawkins and Alex O’Connell. After starting his career at Kansas State, Foster was the featured scorer for a CU rotation that over two seasons included the likes of Justin Patton, Khyri Thomas and Mitch Ballock. Creighton went to the NCAA tournament in both of Foster’s seasons, only to lose twice in the round of 64.

Most significant transfer out: Christian Bishop, 2018-21
Bishop connected on a whopping 69% of his 2s as a 6-foot-7 junior who started every game for CU in 2020-21. That was enough to attract the attention of new Texas head coach Chris Beard, who brought Bishop to Austin last season. Another prominent ex-Bluejay is Davion Mintz, who finished his career with two seasons at Kentucky.

Best transfer in: Max Strus, 2017-19
Strus was seen recently logging heavy minutes off the bench as the Miami Heat eliminated the Atlanta Hawks in five games in the first round of the NBA playoffs, and as they went up 2-0 on the Philadelphia 76ers in the East semifinals. His NBA career represents a remarkable ascent for a player who just six years ago was starring for Division II Lewis University. Strus capped off two seasons at DePaul by earning second-team All-Big East honors in 2019.

Most significant transfer out: Charlie Moore, 2019-21
Moore returned to his hometown of Chicago in 2019 after stints as a starter and a reserve at California and Kansas, respectively. His minutes and workload ballooned in two seasons with the Blue Demons before Moore made yet another transfer, this time to Miami.

Best transfer in: Omer Yurtseven, 2019-20
Yurtseven was rated as one of the most promising transfers in the nation in 2018 when he announced that he was leaving NC State. After sitting out a year, he largely delivered on that promise for the Hoyas in 2019-20 — at least when he was on the floor. Foul trouble and an ankle injury, however, limited Yurtseven’s minutes in his single season with Georgetown.

Most significant transfer out: James Akinjo, 2018-20
Akinjo originally committed to UConn but switched to Georgetown in the wake of Kevin Ollie’s dismissal. When he and the Hoyas parted ways seven games into his sophomore season, Akinjo went on to earn first-team All-Pac-12 honors with Arizona in 2021. He was last seen starting at point guard for a Baylor team that earned a top seed in the 2022 tournament.

Best transfer in: Andrew Rowsey, 2016-18
Rowsey drained 196 3-pointers over the course of two seasons after transferring to Marquette from UNC Asheville. He ended his college career on what can only be termed a tear, hitting 30 shots from beyond the arc and averaging 24 points a game over his last six outings. Note that 2012 Big East Player of the Year Jae Crowder transferred to Marquette from a community college and thus does not meet our definition of a transfer, as he did not move from one four-year program to another. Crowder’s teammate Darius Johnson-Odom followed a similar path as well.

Most significant transfer out: Theo John, 2017-21
John’s transfer to Duke for a fifth season was significant in the sense that it attained (somewhat accidentally) an exceptionally high level of visibility. When Mark Williams picked up two fouls in the first five minutes of the Blue Devils’ 2022 national semifinal against North Carolina, John was thrust into a significant role in what turned out to be Mike Krzyzewski’s final game. John’s onetime teammate Sam Hauser also made a high-profile move when he transferred from Marquette to Virginia.

Best transfer in: Jared Bynum, 2020-22
Bynum and teammate Nate Watson earned second-team All-Big East honors in 2022, a season in which Providence won the conference title outright. Unlike the homegrown Watson, however, Bynum arrived at PC by way of Saint Joseph’s. Fans with knowledge of the “pre-modern” transfer era will recall that in Final Four runs in 1973 and 1987, Providence also benefited greatly from Kevin Stacom leaving Holy Cross and Delray Brooks departing Indiana, respectively.

Most significant transfer out: Tyler Harris, 2013-15
Harris was an on-again, off-again starter for the Friars before serving as Auburn’s featured scorer for one year early in Bruce Pearl’s tenure.

Best transfer in: Justin Simon, 2017-19
Simon was named 2019 Big East Defensive Player of the Year. Before, during and after that balloting was conducted, the 6-5 Arizona transfer made the voters look wise by recording 14 steals in his final six outings. Note that long before the modern transfer era, Walter Berry won the 1986 Wooden Award after arriving at St. John’s by way of a junior college.

Most significant transfer out: Tariq Owens, 2018-20
Owens was the vital if not indispensable rim defender on a 2019 Texas Tech team that played into the 45th minute of a national championship game. Prior to that run, he had already blocked his fair share of shots not only at St. John’s but also in brief appearances as a first-year player at Tennessee.

Best transfer in: Ike Obiagu, 2019-22
Obiagu might have averaged fewer than three points a game last season, but his defense in the paint ranged from excellent to extraordinary. The onetime Florida State starter blocked 25 shots in a four-game stretch in January, a run that included a crucial overtime victory at home against UConn.

Most significant transfer out: Sterling Gibbs, 2013-15
Gibbs transferred from Texas to Seton Hall, beat 28-3 Villanova on a buzzer-beater in the 2014 Big East quarterfinals, earned second-team All-Big East honors in 2015 and then closed out his college career with a final season at UConn.

Best transfer in: Eric Paschall, 2016-19
Paschall was a starter on the 2018 national title team. He scored 31 in his first college game as a member of the Fordham Rams and went on to be named the 2015 Atlantic 10 Rookie of the Year. He elected to make the jump to the Wildcats that same offseason, however, when a coaching change was made in the Bronx.

Most significant transfer out: Jahvon Quinerly, 2018-19
Quinerly was unable to crack the rotation as a first-year Wildcat in 2018-19, but he drained 43% of his 3s as the second-leading scorer for an Alabama team that reached the 2021 Sweet 16. He held that second-leading scorer title again last season for the Crimson Tide.

Best transfer in: Matt Stainbrook, 2013-15
Stainbrook briefly captured the public imagination by earning extra cash as an Uber driver in 2014, back when ride-sharing apps were still somewhat novel. The 6-10 Western Michigan transfer was also an excellent player, one who converted 62% of his 2s for the Musketeers in 2014-15.

Most significant transfer out: Dez Wells, 2011-12
Wells was a member of a heralded XU recruiting class that also included Kenny Frease. Both players started virtually from day one for the Musketeers, but Wells was expelled from school after one season and landed at Maryland. He earned second-team All-Big-Ten honors in 2015.