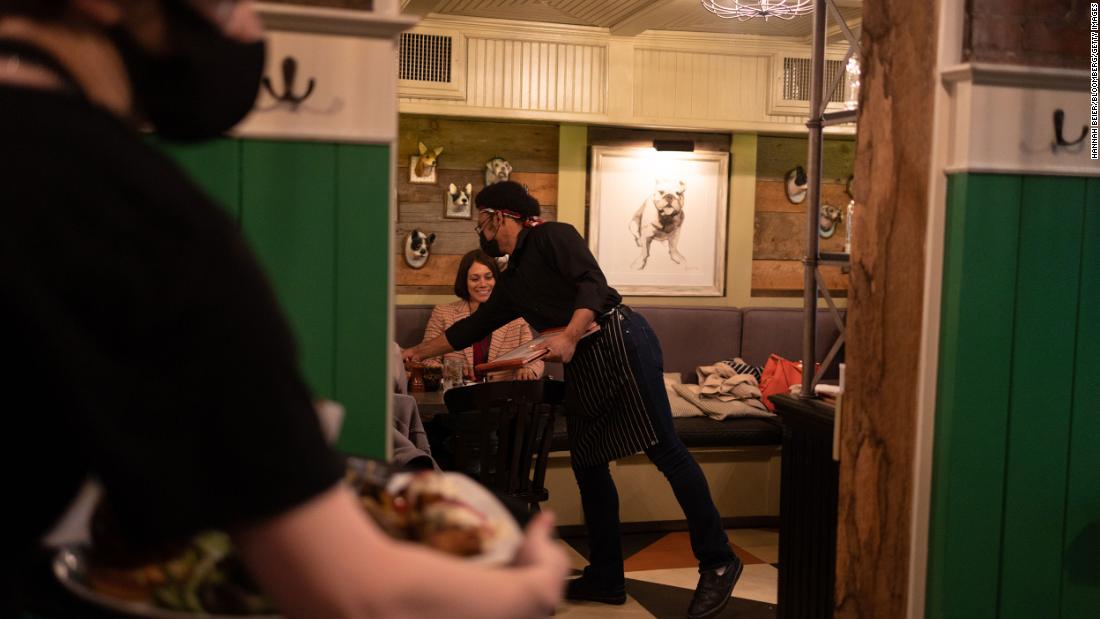 America’s employers added 428,000 jobs in April, the same as in March, the Bureau of Labor Statistics reported Friday. That’s undeniably good news: America remains 1.2 million jobs in the hole from the early days of Covid, when nearly 22 million jobs vanished over the span of two months.
The unemployment rate, which had been expected to fall to a pandemic-era low, held steady at 3.6%. That’s just a tick above the pre-pandemic level of 3.5%, which matched a 50-year low first set in 2019.

Last month, most positions were added in the leisure and hospitality industry. Manufacturing, and transportation and warehousing also added a significant number of jobs.

Workers also continued returning to their offices: The percentage of Americans teleworking due to the pandemic fell to 7.7% in April from 10% in March.

Getting back to normal

Although last month’s number was larger than the 391,000 that economists had predicted, the slowdown in job growth is no surprise.

“We’re in for a slower 2022,” said Daniel Zhao, senior economist at Glassdoor.

Signs of cooling in the labor market are all over the April report: The labor force participation rate, for example, inched down to 62.2% from 62.4% in March, falling for both men and women.

“The April report might not be as stellar as recent releases, but it still depicts a very strong labor market,” said Indeed economic research director Nick Bunker in emailed comments. “The current clip of job gains is remarkable given how tight the labor market is.”

Prior to the pandemic, the US economy was adding, on average, fewer than 200,000 jobs during the Trump administration. So the Biden administration’s constant reminder that the economy remains strong is undoubtedly true.

The pandemic recession came and went in a flash. But that doesn’t mean American workers weren’t feeling the pain.

“We’re on track to return to pre-pandmeic employment levels in June, which would put us at about two and a half years after the pandemic began,” said Zhao. In comparison, it took double that time following the 2008 financial crisis to get back to pre-recession employment levels.

That said, not all is quite back to normal in the United States.

Joblessness is still much higher for non-white workers, for example. At 5.9%, the Black unemployment rate dropped to the lowest level since November 2019 in April, but it is still close to double the 3.2% of white workers.
And while the number of employed men over the age of 20 has by now exceeded the figure from February 2020, women in the same age group are still 1.1 million employees short of their pre-pandemic level.
On top of that, American households are also struggling with the high inflation that the pandemic recovery, supply chain chaos and the current geopolitical environment have all brought on.
The Federal Reserve, which is meant to keep prices stable and employment as close to a maximum as possible, is struggling with one of its tasks. The central bank began raising interest rates in March and will begin reducing its balance sheet starting in June. At least for now, it needn’t worry that forceful monetary policy adjusting will lead to a recession with high unemployment.