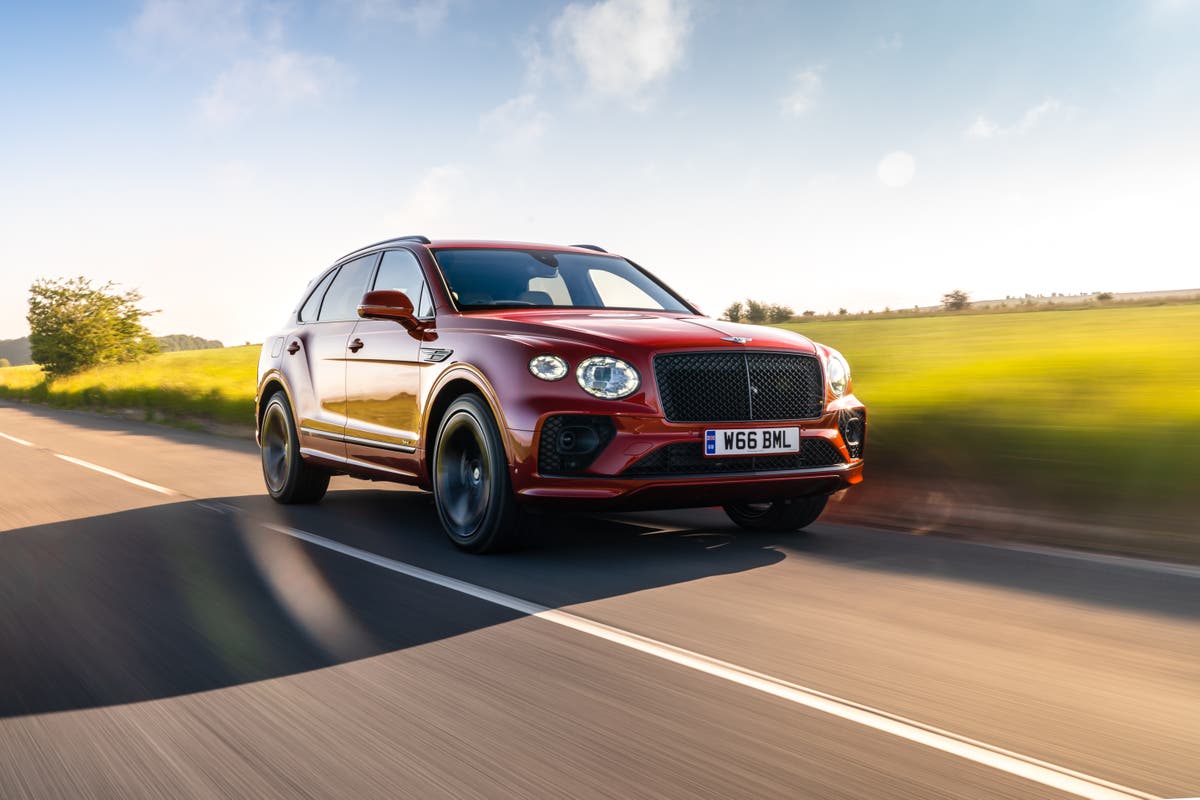 Here, believe it or not, is the first “woke” Bentley – a car that you can, in theory, drive entirely on renewable resources (albeit not counting the considerable resources required to build this mobile drawing room). It’s a plug-in hybrid with a big petrol engine, which means that you can top up the battery from the mains, at home or, out and about, as well as filling it up with fossil fuels. It also has energy saving tech on board that saves engine-generated energy otherwise wasted in braking, like a Toyota Prius.

To run your Bentley in fully woke mode, however, without any recourse to petrol, you will need to be a very particular kind of driver. It has an electric-only range of about 20 to 25 miles, so if your commute to work or other round trip has the right charging options you might get say 20 miles out of the beast on electric only. You can even find electricity suppliers who’ll make sure your electricity supply is green, or as green as possible, and isn’t fuelling Putin’s war machine. You’ll have to drive very gently, plan ahead, and resist the temptation to see if this near-three tonne baby elephant can be persuaded to dance round corners. Your reward is to pretend you’re enjoying the silent progress of a proper electric car, all the better to appreciate the superb sound system and craftsmanship lavished on your surroundings. You’ll also need to remember to plug it in overnight to get the battery back up to full strength. All that done, your Bentley will be the woke-est car around, though you probably won’t be able to persuade Extinction Rebellion or Just Stop Oil; but if used correctly your plug-in Bentley won’t need to visit a petrol station anyway.

But if you want to drive a few hundred miles in a hurry or you just can’t be bothered to plug it in or wait a couple of hours to recharge the battery pack at a commercial fast charger, then I’m afraid the Bentayga is really just another luxury SUV. There’s a dedicated dial which allows control over the three E Modes – EV Drive, Hybrid Mode and Hold Mode. These will enable the driver to manually manage battery usage during a journey – though this can also be managed automatically by the car. But whatever option you choose, you can’t get away from the fact that a battery pack can’t shift this thing that quickly for that long. Indeed, large or small, pricey or cheaper, SUV or otherwise, plug-in hybrids tend to have an electric-only range of about 30 miles or so. When they get bigger they need a bigger battery pack to add power to keep them shifting; when they get smaller they need a smaller one to reduce weight and keep them shifting. Advances in battery technology should improve that, but the main problem in a PHEV is lugging a big petrol engine and a big battery pack about – arguably the worst of all worlds except in certain limited circumstances.

How does it go? Well, it’s been a few years since I last drive a Bentley Bentayga, an SUV that makes a Range Rover seem a bit common. That one had a 12-cylinder 6-litre petrol engine and it was a car that was environmentally flawed, shall we say, but which you – well I – just didn’t ever want to get out of. I’d have slept in it if I could. It was great fun to drive, quite simply because of all that rumbling power, as well as the sumptuous surroundings and sense of occasion. It didn’t even matter that it looked a bit odd, and it couldn’t help but be ostentatious. Times change, and since then the Bentley, which has been out since 2015, has had a bit of a facelift in its exterior styling (ovoid rear lights, a bolder front) and some welcome tech upgrades indoors (fully digital displays, connectivity, that sort of thing). Your Bentayga can now also be had with a (relatively) frugal V8 engine, though the diesel option has disappeared, and, most recently, they’ve developed this V6 hybrid, the woke version. Is it only half as good now that the hybrid makes do with six fewer cylinders?

The short answer is no. The Bentayga is still exquisitely engineered and finished, with plenty of options and features to impress and entertain. The leather is still soft and supremely comfy, the chrome knurled knobs and trademark “organ stop” controls for the air conditioning magnificently retro; but now complemented by a voice recognition command system, night vision, driver autonomous assistance and state-of-the-art graphic displays. They know their customers well, both owner drivers and chauffeurs, and the blend of traditional switches, sliders and buttons and touchscreen menus is very well judged. Your Bentayga won’t confuse you.

The car in all-electric mode is even more refined than Bentley’s line of sophisticated saloons. It’s also as sporty as many of its predecessors. The great beauty of adding an electric motor to the comparatively modest V6 petrol unit is the benefit in torque – the instantaneous delivery of massive power at low speeds, and scorching acceleration from rest – you’re at 60mph after five seconds, and the software makes sure the driver is fully in control. The engineers – it owes much to Audi expertise as part of the VW Group – have also made sure that the heft is just as useful on the bends as the straights. The all-wheel-drive system and air suspension are as useful for going off road as keeping you on the road when you tackle an interesting country lane.

In the end though, I didn’t have that old desire to just drive and drive it just for the sake of it. I wasn’t looking for excuses to take it out, as I did with the wicked 12-cylinder job with its silky smooth urge, that extra sensual dimension that the electric car lacks. Bentley and VW Group really need a “proper” all-electric version of the Bentayga, as well as the other premium group products related to it – the Audi Q7 and Q8, Porsche Cayenne and Lamborghini Urus. It can’t be far away, and the plug-in hybrid Bentayga is a useful staging post to an even more woke future. But, and I say this fully in support of net zero, there’ll be something nostalgically missing.