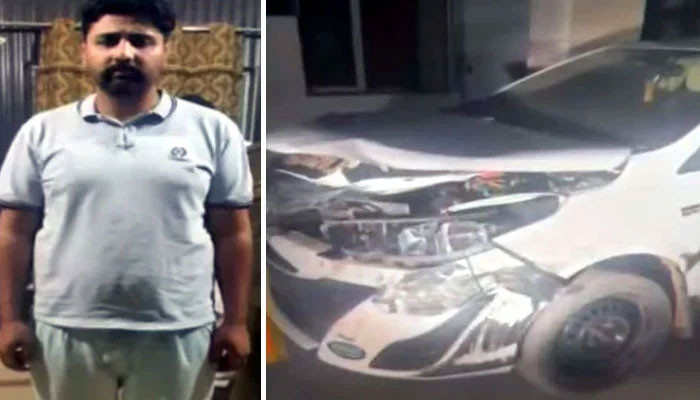 MURIDKE: Police arrested the driver who hit PTI leader and ex-PM’s aide Dr Shahbaz Gill on a motorway, ruling out allegations of a “planned attempt to target” him, Geo News reported Friday.

The car was rented out by the owner, Tahir Nazeer, a resident of Muridke, to Wajahat Ali who was driving the vehicle when the incident took place on the highway a day ago, the police said.

As per details, driver Wajahat Ali told the police that he stopped first but fled in fear after seeing Gill coming out of the car.

Police said that the incident took place due to the negligence of Wajahat Ali and there was no planned attempt to harm Shahbaz Gill.

“Gill tried to paint the incident as a murder attempt and did propaganda. After the driver’s interrogation and investigation of the crash site it can be concluded that it was an accident,” they said.

The Muridke police further said that Wajahat Ali was being handed over to Hafizabad police due to jurisdiction issues and for further investigation.

A day earlier, Dr Shahbaz Gill sustained minor injuries when his car overturned after being hit from the rear side near the Khanqah Dogran Interchange, Sheikhupura. Gill was travelling to Islamabad from Lahore when the accident happened.

The PTI leader had claimed that it was an attempt to murder him in which a vehicle chased and hit his vehicle deliberately.

Later, Prime Minister Shehbaz Sharif had ordered an inquiry into the accident that left the PTI leader injured as his vehicle turned turtle after being allegedly hit by another car.

A statement issued by the Prime Minister’s Office said that all requirements of justice should be ensured during the investigation.