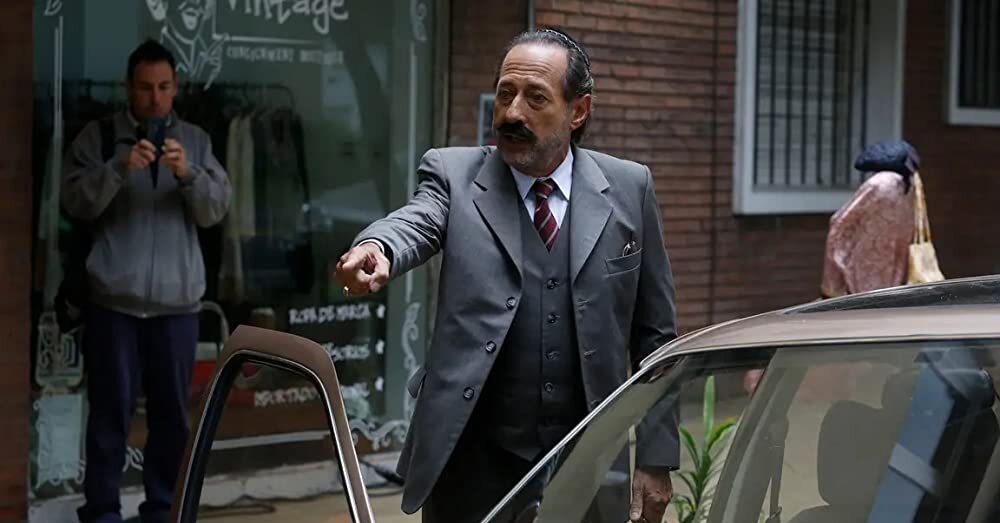 Stream it on HBO Max.

In January 2006, a band of robbers in Argentina pulled off a bank theft of such astonishing scale and technical precision that it came to be known as “the heist of the century.” Full of intrigue, spectacle and outsize personalities, their story is made for the movies, and Ariel Winograd’s stylish feature — co-written with the mastermind of the heist himself, Fernando Araujo — milks it to the fullest.

Winograd’s secret weapons, so to speak, are the characters, who are drawn and performed with endearing bizarreness. Fernando (Diego Peretti) is a bored genius who effortlessly pulls from sources as varied as geometry, Brechtian social theory and hip-hop in his criminal machinations. Struck by inspiration while walking past a Banco Río branch in Buenos Aires, he quickly assembles a motley crew of delinquents, including a grizzled, blue-eyed professional thief, Mario (Guillermo Francella).

As with most heist thrillers, the intricate planning and execution are exhilarating to watch, all the more so given our knowledge of the story’s real-life basis. But Winograd, like his characters, is attentive not just to the mechanics of the crime but also to its aesthetics. Interspersed throughout are scenes from Fernando’s philosophical therapy sessions and Mario’s hokey acting classes, which imagine the heist as a painstaking work of art — not unlike the con of cinema itself.

A Greek god, a severed penis and a stifling military occupation: Tarzan and Arab Nasser’s Palestinian drama blends freewheeling whimsy and gritty realism into a potent political mix. The film starts out as a sweet story of old-age romance: A curmudgeonly fisherman, Issa (a superbly deadpan Salim Daw), decides that it’s finally time for him to marry. He has his eyes on Siham (Hiam Abbas, from “Succession”), a beautiful widow who works at a nearby tailoring shop. In a gloomy, blue-gray Gaza where everyday life revolves around checkpoints, power cuts and Israeli airstrikes, Issa attempts shyly to make a move, while his sister, who disapproves of Siham’s divorced daughter, tries to set him up with other women.

This chaste rom-com premise takes a raunchy turn when, on one of his fishing trips, Issa hauls from the depths of the sea a statue of Apollo with a prominently erect phallus. High jinks ensue as the police confiscate the statue and lock Issa in jail (where, in the film’s funniest gag, he has a wet dream), but the Nassers maintain a tone of subdued realism throughout, shading each scene with sociopolitical details about life in Gaza. What emerges is a portrait of a place where the absurd has become normal, and the ordinary joys of life — love, companionship, professional contentment — feel extraordinary.

Stream it on Ovid.

A comedy about smells may not sound inviting, but Grégory Magne’s “Perfumes” is a breath of fragrant air — a film that enlivens rom-com formulas with some inspired olfactory twists. Guillaume (Grégory Montel) is a down-and-out chauffeur tasked with driving around a reclusive fragrance designer, Anne (Emmanuelle Devos). Anne has a very sensitive nose and an air of entitlement that masks deep-seated insecurity; Guillaume is charming but impulsive, a man-child trying desperately to be a good father. Their initial bickering primes us for an “opposites attract” arc, but refreshingly, “Perfumes” is more about friendship than love (although it’s still heart-meltingly romantic).

Building a movie around scents is tricky; the audiovisual medium can only go so far in conveying how the smell of freshly mowed grass triggers childhood memories for Guillaume, or how a lapse in her nasal abilities destroys Anne. Yet “Perfumes” succeeds by broadening its central (scent-ral?) conceit into a more universal meditation on our sensory openness to life. Over the course of the film, Guillaume learns to pay attention to what truly moves him, and Anne to see the world with her eyes and ears as well as her nose. The result is not so much a feel-good movie as a feel-more movie, one that asks us to be brave enough to indulge our emotions.

‘Fabian: Going to the Dogs’

Stream it on Mubi.

In the latest drama by the prolific German filmmaker Dominik Graf, history comes propulsively alive: In the film’s opening shot, the camera winds through a modern-day U-Bahn station and then emerges into 1930s Berlin, as if to underline the proximity of past and present. Adapted from a 1931 novel by Erich Kästner, “Fabian: Going to the Dogs” follows Fabian (Tom Schilling), a young, aspiring novelist, as he navigates a dissolute city deeply scarred by World War I and freighted with the dread of the horrors yet to come. His paths cross with myriad Weimar-era characters — chiefly, his friend Labude, a leftist scholar suffering political disillusionment, and a lover, Cornelia, who dreams of being a movie star. Graf tells his sprawling tale in jagged fragments that mix varied styles, angles, and fictional and archival materials, reminding us that the past rarely unfolds in the neat, moralistic narratives we impose on it in retrospect. As the characters find themselves entangled in personal and political dramas (often struggling to tell the two apart), the film forces us to consider our own agency in the flows of history.

Stream it on Netflix.

Harshavardhan Kulkarni’s “Badhaai Do” is the rarest of things in mainstream Indian cinema: a film that deploys the full force of Bollywood entertainment — song and dance, family-friendly comedy, swooning melodrama — in service of a bracing L.G.B.T.Q.-rights message. Gay sex was only decriminalized in India in 2018; same-sex marriage still awaits legalization, as does the right of gay citizens to adopt children.

“Badhaai Do” folds these pressing issues into a rollicking story about two closeted 30-somethings. Shardul (Rajkummar Rao) is a reluctant policeman with a penchant for bodybuilding (“Have you watched ‘RoboCop?’ Well I’m HomoCop!”); Sumi (Bhumi Pednekar) is a gym teacher who spends her free time swiping on lesbian dating apps. To pacify their nagging families, the two decide to get married, live together as roommates and pursue their true romantic desires in private. But complications continue post-wedding, too, as they struggle to find love while keeping up an elaborate facade.

A poignant buddy comedy at its core, “Badhaai Do” balances a commitment to both realism and optimism. Even as the film details the social and bureaucratic challenges that constrict the daily lives of queer Indians, it demonstrates that a kinder and more equitable world is within reach. A climactic scene takes place at a Pride Parade: a vibrant, explosive vision that emphasizes that the demand for equality is often, quite simply, a demand for joy.