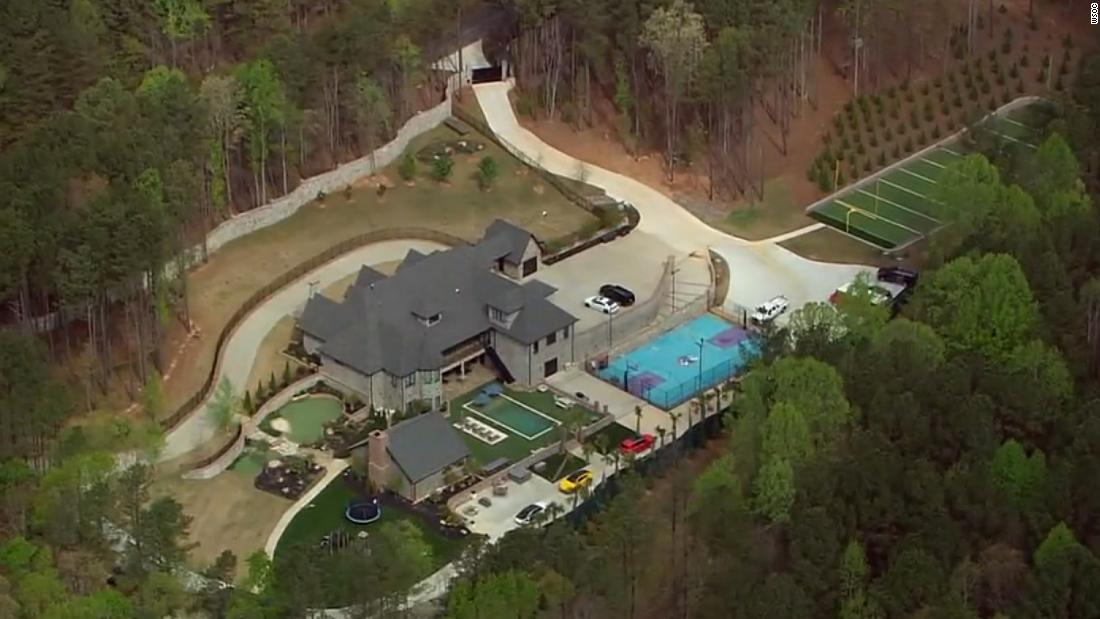 A 26-year-old man was injured after he allegedly climbed the fence surrounding the property and was shot on April 13, according to an incident report from the Troutman Police Department (TPD).
The investigation into the shooting “has been completed and closed,” TPD said in a Facebook post on Thursday. “Investigators have consulted with the Iredell County District Attorney’s Office and there will be no criminal charges filed at this time.”
The person was shot on a football field outside a mansion that according to CNN affiliate WSOC belongs to DaBaby, whose real name is Jonathan Kirk.

When police arrived at the residence, they found a man suffering from a non-life-threatening gunshot wound, TPD said in an earlier statement. The victim was transported by Iredell County EMS to a medical facility to treat his injury.

Although police would not confirm to CNN that DaBaby owns the home in Troutman, which is roughly 35 miles north of Charlotte, North Carolina, they said he was present when the shooting occurred.

Troutman Police did not release the name of the shooter.

A manager for DaBaby declined to comment at the time of the shooting.

The eight-time Grammy-nominated rapper is a North Carolina native.