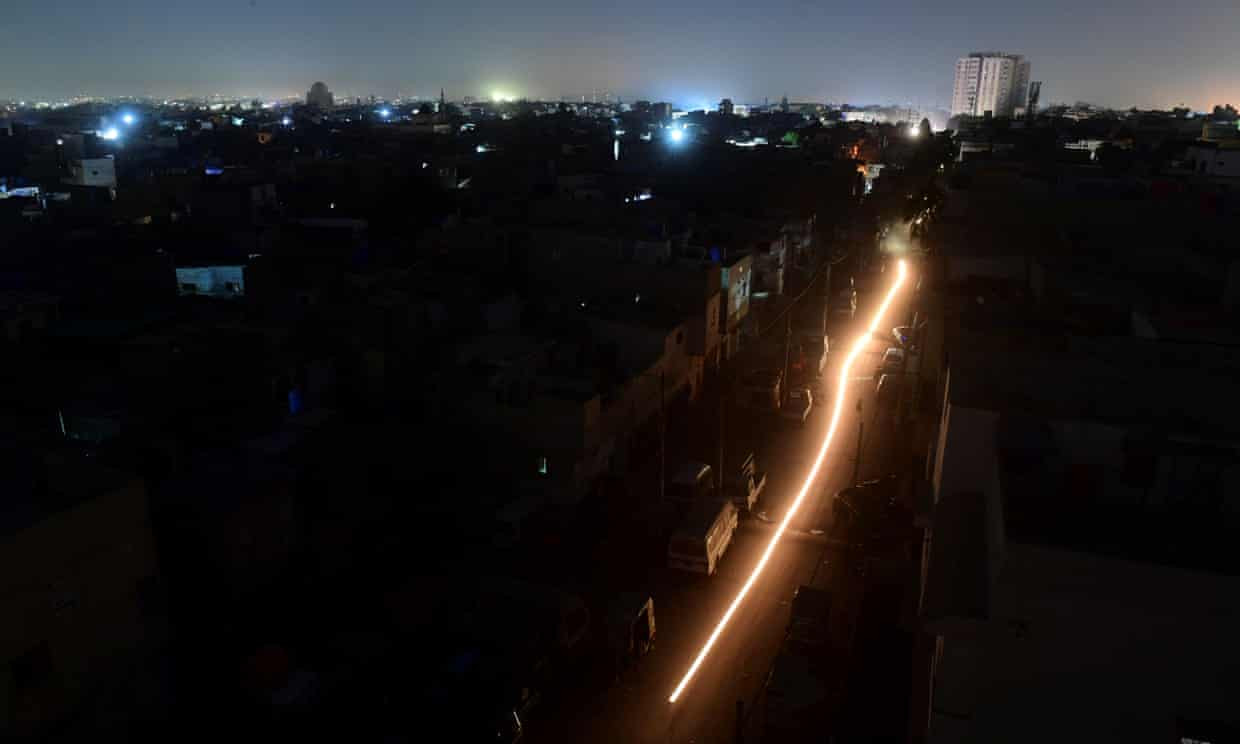 The National Electric Power Regulatory Authority (NEPRA) imposed a fine on Friday to the tune of Rs50 million on the National Transmission and Despatch Company (NTDC) over a countrywide electricity blackout in January 2021.

A spokesperson for NEPRA said the NTDC failed to ensure the supply of electricity in a timely manner as it took the company at least 20 hours to restore the power supply.

The blackout had prompted an inquiry and the committee tasked to probe the incident submitted a comprehensive report to the authority concerned.

According to NEPRA, a show cause notice was issued to NTDC on August 25, 2021, but during the hearing, it failed to give a satisfactory response. The regulatory authority found the NTDC guilty of violating the provisions of the grid code; therefore, it was liable to pay Rs50m as a penalty.

On January 9, 2021, Pakistan plunged into total darkness as the NTDC power system encountered a major breakdown due to the tripping of Guddu Thermal Power Plant at around midnight. The blackout had partially disrupted the telecommunication system in the country as well.

In Feb 2021, an inquiry report of the National Electric Power Regulatory Authority found officials of the Guddu Thermal Power Plant in “gross negligence” that resulted in the countrywide blackout on January 9.

The regulator had recommended the management of the Guddu Power plant initiate departmental action against the delinquent staff regarding the instant breakdown and management reforms for systematic working.

The regulator had constituted a three-member inquiry committee, which submitted its report on February 8, 2021, and made it available to the public.

According to the report, the 3-phase to earth bolted fault was caused because of gross negligence of Guddu Power Plant staff, who operated the 220kV Circuit Breaker D12Q1 (CB) without opening the earth switch of the 220kV Isolator D12Q31 and that too without the permission of NPCC.

Unfortunately, not only the CB failed to trip but CBF scheme also did not operate. As a result, cascade tripping occurred due to the bolted fault which divided the power system in South and North zones — consequently, there was sufficient unbalance between the generation and the load.

In the South Zone, including K-E, there was more generation as compared to load, which at first experienced tripping due to over voltage /over speed/over frequency and consequently on under frequency, the report said.

“The power system of North Zone tripped on under frequency condition where the generation was too less against the load, it said, adding that it took about 22 hours for complete restoration of the power supply in their respective jurisdictions.

“No doubt, under such circumstances, the complete restoration of the power system takes considerable time, however, the companies could have taken lesser time for restoration, had their power plants responded appropriately,” the report noted.

According to the report, lapses were observed on the part of power plants, which despite prior notice by NPCC to synchronise, failed to restart and synchronise their all units with the system in specified time.

“It is the obligation of System Operators of both NTDC and K-E to establish contingency plans and SOPs for system recovery following the total and/or partial shutdown, however, no such document was placed in this regard before the IC,” the report said.

“Hence, NTDC, K-E together with concerned power plants are responsible for delay in complete restoration of power system,” it added.

It was further noticed that the operation of CBF protection failed to trip the circuit breakers of relevant 220kV Bus Bar. Further, the comparison of log sheet and operation/indication record provided by TI’S Guddu shows several contradictions.

The report further said that since 2013, nine complete or partial power outages occurred and each time an inquiry was conducted, which had made several recommendations. The review of the previous reports revealed that the recommendations made therein have been either partially complied with or still in progress or pending. Further, there are some recommendations given in previous reports, which need to be carried out and monitored regularly.

It was recommended that certain number of 220kV Cl3s installed it Guddu Power House was reported last year by the NTDC as very old, which have completed their life time and need to be replaced, however, no action was taken.

Similarly delay in the system restoration has also been caused due to the non-availability of the Black Start Facility in Power Plants located in the central region. The Power Purchase Agreement for the future plants needs to include the black start facility for quick restoration, the report recommended.

It was also recommended by the previous reports that during the canal closure and foggy seasons ie Dec 15-to Feb 15, hydel generation is recommended to be maintained at 1,500MW (minimum) at all times and at 2,000MW during peak hours, however it was not implemented.

The inquiry report recommended that in order to avoid the recurrence of such events in the future; as regard to Power Swing phenomenon, a comprehensive study should be arranged from a reputed international firm to suggest Out-Of-Step (OOS) protection (Power Swing Blocking (PSIS) and Out-of-Step Tripping (OST)) in order to avoid major power breakdowns and blackouts.