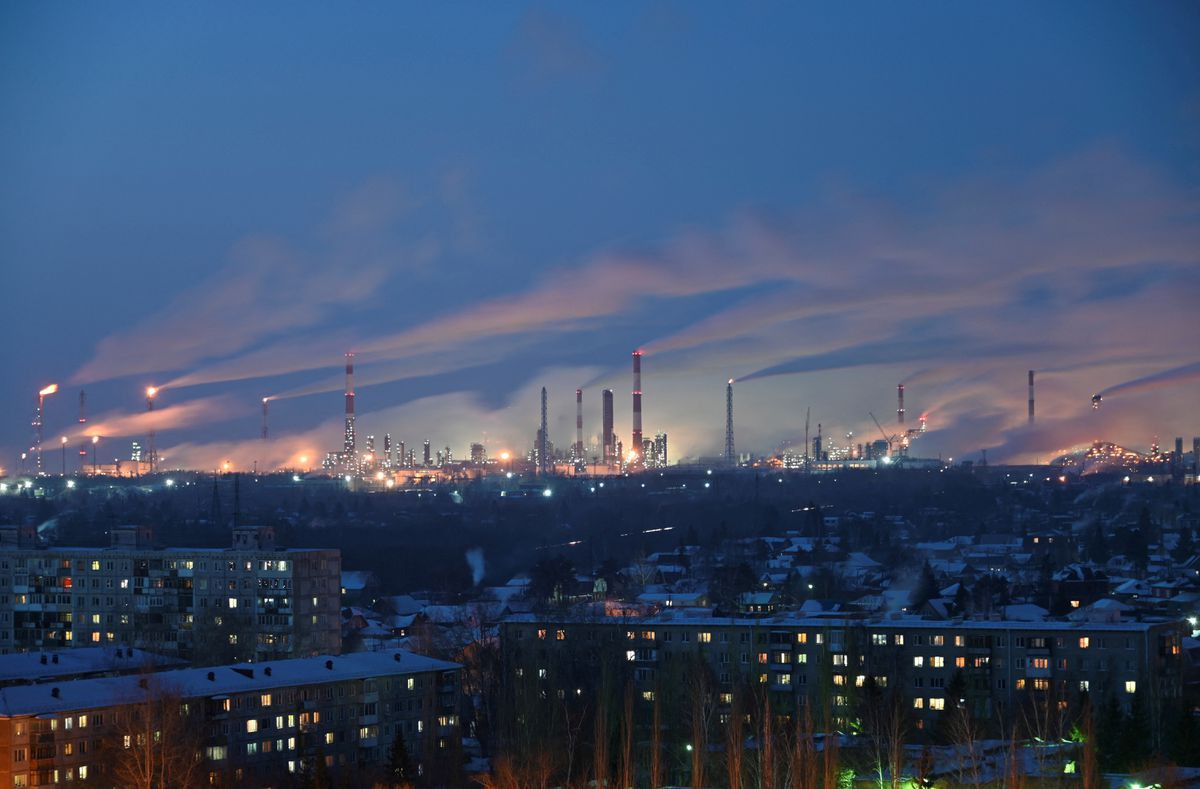 
Oil prices rose more than 1% on Friday and were set to rise for a second consecutive week, shrugging off concerns about global economic growth as impending European Union sanctions on Russian oil raised the prospect of tighter supply.

“In the near term, the fundamentals for oil are bullish and it is only fears of an economic slowdown in the future that is holding us back,” said Phil Flynn, an analyst at Price Futures Group.

WTI was on track to gain about 6% and Brent set to rise nearly 4% this week after the EU set out an embargo on Russian oil as part of its toughest-yet package of sanctions against Russia over the conflict in Ukraine.

The EU sanctions proposal includes phasing out imports of Russian refined products by the end of 2022 and a ban on all shipping and insurance services for transporting Russian oil.

The EU is tweaking its sanctions plan, which needs unanimous backing from the 27 countries in the bloc, in a bid to win over reluctant states, three EU sources told Reuters on Friday.

“The looming EU embargo on Russian oil has the makings of an acute supply squeeze. In any case, Opec+ is in no mood to help out, even as rallying energy prices spur harmful levels of inflation,” PVM analyst Stephen Brennock said.

Ignoring calls from Western nations to hike output more, the Organisation of the Petroleum Exporting Countries (Opec), Russia and allied producers, a group known as Opec+, stuck with its plan to raise its June output target by 432,000 barrels per day.

However, analysts expect the group’s actual production rise to be much smaller as a result of capacity constraints.

A US Senate panel on Thursday advanced a bill that could expose Opec+ to lawsuits for collusion on boosting oil prices.

On the supply side, the US oil rig count, an early indicator of future output, rose five to 557 this week, the highest since April 2020.

Investors are also eyeing higher demand from the United States this autumn as Washington unveiled plans to buy 60 million barrels of crude for its emergency stockpiles.

Demand concerns on signs of a weakening global economy capped the price rise.

The Bank of England on Thursday warned that Britain risks a double-whammy of a recession and inflation above 10% as it raised interest rates to their highest since 2009, hiking by a quarter of a percentage point to 1%.

And strict Covid-19 curbs in China are creating headwinds in the second quarter for the world’s second-largest economy.

In the latest ratcheting up of restrictions, Beijing authorities on Friday said all non-essential services in its biggest district Chaoyang, home to embassies and large offices, would shut.