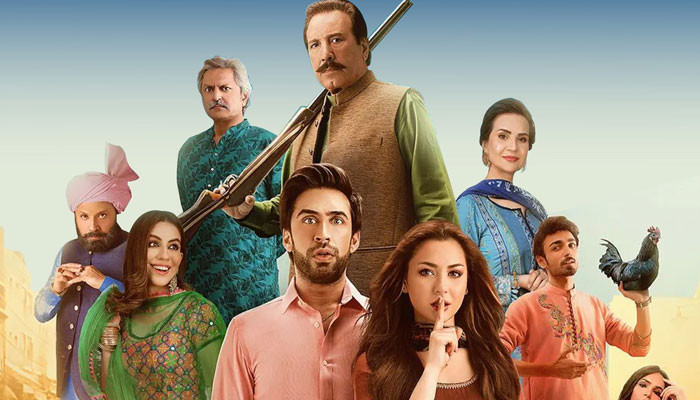 It’s nothing less than a proud moment for Pakistani cinemas that a light-hearted yet powerful message-bearing movie like Parde Mein Rehne Do leaves no stone unturned in winning over the audience’s hearts.

Like others, we turned toward the local cinemas with high expectations from the Hania Aamir and Ali Rehman starrer and can gladly confirm that Wajahat Rauf and team did not disappoint.

The movie, revolving around a taboo concept of our society, beautifully aims at starting a meaningful conversation about social reality.

We have thus articulated the top 6 reasons why Parde Mein Rehne Do is a power-packed punch of entertainment.

The 90-minute long film deserves a standing ovation for delivering a sensitive message with a carefully crafted comedic element.

Parde Mein Rehnde Do flawlessly carried out the duty of raising awareness around infertility while maintaining laughter on the audience’s faces throughout the movie.

Talking about the humour, it’d be unfair to not mention Jawed Sheikh’s name, who perfectly delivered all the punch lines while helming the role of the male protagonist and traditional patriarch.

While in some places, one would feel triggered by the stereotypical vernacular used in certain scenes, the audience will later be able to identify the core message around gender sterotypes at the heart of the film.

The film delves deeply into gender roles inscribed in our society and sheds a different light on the role of women around us.

In a fresh take, the film portrays how empowered men support women in their household, thereby encouraging their counterparts to be their best versions. Hania’s Nazo is constantly encouraged by Ali’s Shani to pursue her professional dreams, even if it means shaping the stigma around women working in his family.

The movie takes off on a high note and elevates throughout the next 90-minutes span.

Extending a perfect blend of emotions and humour, there is never a dull moment in Wajahat Rauf’s latest. From Hania Aamir to Javed Sheikh, every actor in the film has performed their finest to keep the audiences glued to the silver screens.

The heart of every scene showcases excellent character building and sets the tone for the forthcoming scene.

In a first for Pakistani cinema, the movie speaks volumes about the boundaries the society draws around how men should conduct themselves. People are quick to hurl labels at male who do not fit the criteria set by the community.

With the film, the definition of a ‘real man’ is thus re-enforced. Like women, men are born and brought up around various social pressures, they are given a rule book to abide by. To show off their manhood, males must exude sheer strength either by dominance or by concealing emotions.

The movie thus takes a sensitive issue at hand and explains how a ‘man’ can be ‘strong’ by taking accountability and embracing his insecurities.

Infectious Chemistry Between Hania and Ali

From emotional scenes to dancing cuts, the male and female leads have won over the audience’s hearts with their impressive onscreen chemistry.

Hania and Ali’s stunning performance as a married couple adds another star to the movie. While remaining in their own spaces, the power duo effortlessly pulled off a strong bond on big screens, leaving the moviegoers swooning over them.

It’s almost impossible for a moviegoer to walk out of the cinema halls without serenading Parde Mein Rehnde Do’s exceptional songs.

In addition to a good story and brilliant cast, the movie also holds astounding music tracks, composed and created by Aashir Wajahat.

While the slow song like Chal Chalein takes the audience to a new dimension, the mega-hit Peela Rang brings moviegoers to their feet with a touch of oomph.