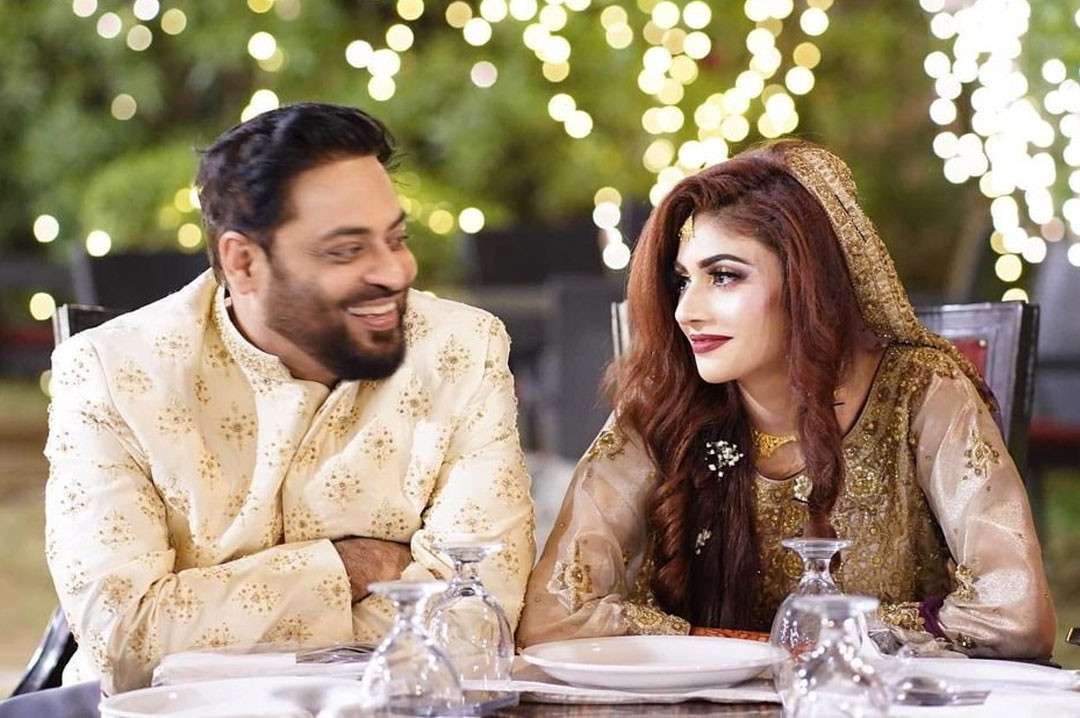 Famous TV host Aamir Liaquat Hussain’s third wife, Dania Shah, has filed for divorce, the latter revealed in a video. Shah shared that she had approached the court to carry out the legal procedure. She further added that she has provided proof to the court which the public will soon know about.

Hussain is yet to address the matter.

Hussain, in February, announced his third marriage to the 18-year-old. Taking to Instagram, the television personality introduced his wife and wrote, “Last night, tie [the] knot with Syeda Dania Shah, 18.” He went on to add, “She belongs to an honourable Najeeb ut Tarfain “Sadaat” family of Lodhran, South Punjab.”

Adding on, he shared, “Saraiki, lovely, charming, simple and darling. I would like to request all of my well-wishers, please pray for us. I have just passed the dark tunnel, it was a wrong turn.”

The same day, after months of speculation, actor Tuba Aamir confirmed she had filed for divorce from Hussain. Taking to Instagram, Tuba shared a statement, in which she revealed the couple has been separated for 14 months. Citing ‘no hope for reconciliation, Tuba further added she has ‘opted to take Khula [divorce] from the court.