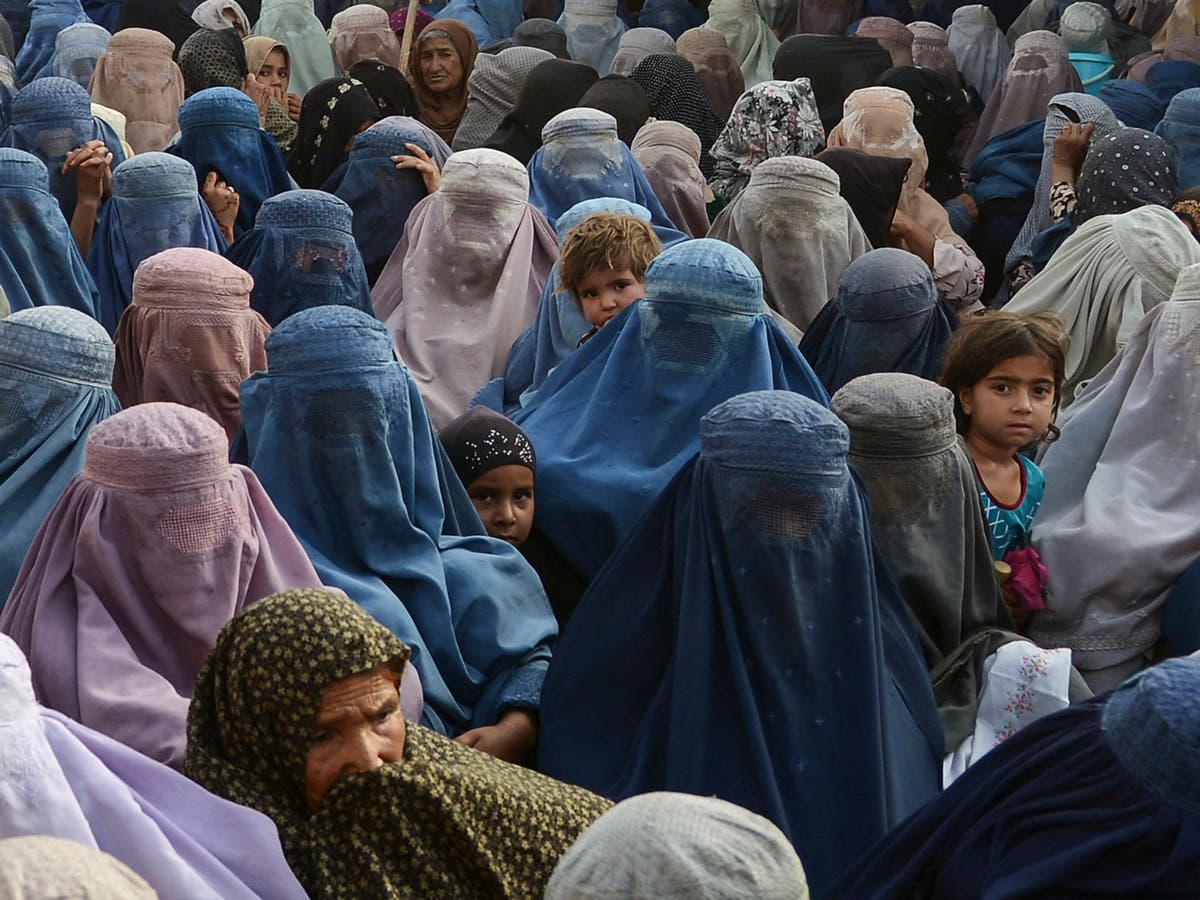 Women in Afghanistan have been ordered to wear an all-covering burqa in the latest decree by the Taliban.

The order follows a slew of rights which have been taken away from Afghan women, including the right to education and the right to travel alone.

Research from January found that rights-violating policies imposed by the Taliban since its takeover in August last year have put restrictions on women’s health, education, freedom of movement and right to work.

The research, from Human Rights Watch and the Human Rights Institute at San Jose State University (SJSU), found that Afghan women are “facing both the collapse of their rights and dreams and risks to their basic survival”.

SJSU faculty member, Halima Kazem-Stojanovic, added: “They are caught between Taliban abuses and actions by the international community that are pushing Afghans further into desperation every day.”

Read on for the rights women have lost since the Taliban took over.

On 7 May 2022, the Taliban ordered women in Afghanistan to wear the all-covering burqa in public.

The burqa was part of the group’s previous regime between 1996 and 2001, and sees the entire head and face of the woman covered.

The decree was read at a press conference in Kabul, with acting minister for the Taliban’s ministry, Khalid Hanafi, stating: “We want our sisters to live with dignity and safety.”

It means that if a woman did not cover her face outside of the home, her father or closest male relative would be visited and imprisoned or fired from government jobs.

In November 2021, women were banned from appearing in television dramas and films.

The decree was part of eight new rules, which also saw the banning of films considered to be against Sharia or Islamic law and Afghan values, as well as comedy shows that insult religion, and foireign films promoting foreign cultural values.

The move was condemned by many, including Zan TV, the first Afghan channel staffed exclusively by female producers and reporters. At the time Zan TV said the move to headscarves “threatened media freedom”.

On 26 December last year, the Taliban issued a directive saying that women who wished to travel more than 45 miles (72 kilometres) should be accompanied by a “close male family member”.

It also instructed vehicle owners to refuse rides to women not wearing head or face coverings.

Further travel restrictions were placed on women in March this year, with the Taliban telling airlines in Afghanistan that women cannot board domestic or international flights without a male chaperone.

Soon after the Taliban took over last year, the Women’s Affairs Ministry was shut down in September.

Established in 2001, the ministry was taken over by the Propagation of Virtue and the Prevention of Vice Ministry.

At the beginning of the Afghan school year in March, the Taliban decided that girls over the age of 11 were not able to go back to school. It said schools for girls would remain closed until a “comprehensive” and “Islamic” plan was drawn up.

Malala Yousafzai, who was shot by Pakistan’s Tehrik-e-Taliban for advocating education for girls, said it marked a “devastating day”.

Ms Yousafzai tweeted at the time: “I had one hope for today: that Afghan girls walking to school would not be sent back home. But the Taliban did not keep their promise.

“They will keep finding excuses to stop girls from learning – because they are afraid of educated girls and empowered women.”

Women ‘should not’ work alongside men

In January, Reuters reported that women were quickly losing their jobs under the Taliban regime.

“The Taliban will only allow women to work subject to their interpretation of Islamic law,” the report read, “prompting some to leave jobs out of fear of punishment by a group that severely restricted their freedom the last time it ruled.”

In September last year, a senior member of the Taliban said women should not be allowed to work alongside men.

“We have fought for almost 40 years to bring [the] Sharia law system to Afghanistan,” Waheedullah Hashimi told Reuters. “Sharia … does not allow men and women to get together or sit together under one roof.

“Men and women cannot work together. That is clear. They are not allowed to come to our offices and work in our ministries.”

According to a report released by the UN Development Programme in December last year, women accounted for 20 per cent of Afghanistan’s workforce in 2020.

“Failing to invest in half of the country’s human capital – in girls’ education –will have dire socioeconomic consequences for years to come,” the report read.