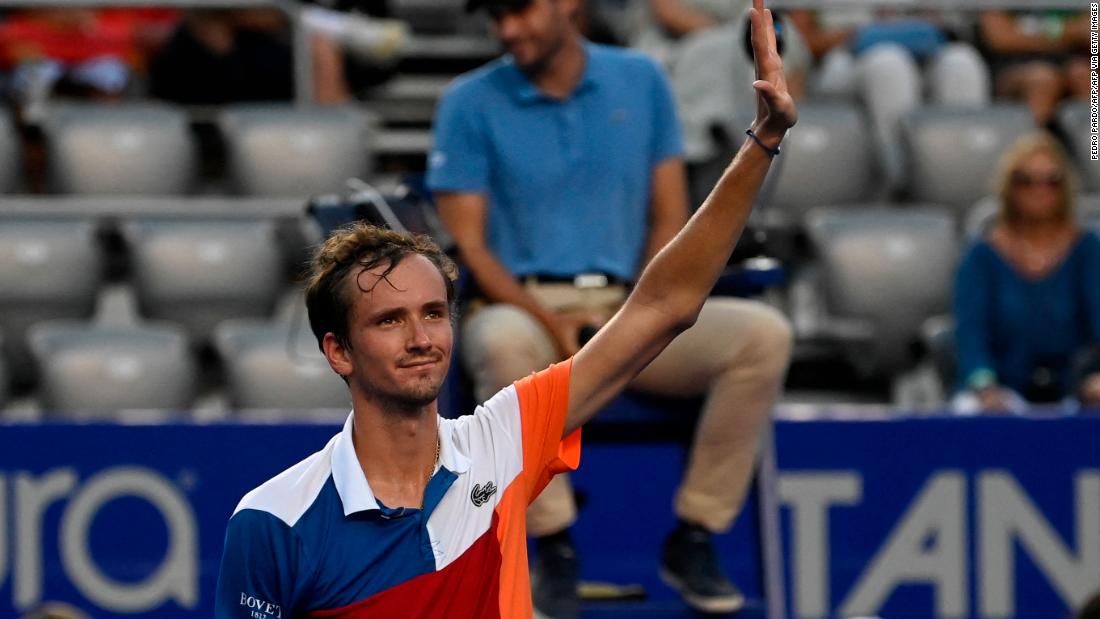 Russia’s Daniil Medvedev will be crowned the new No. 1 after Djokovic’s surprise defeat to world No. 123 Jiri Vesely in the quarterfinals of the Dubai Duty Free Tennis Championships on Thursday.

Djokovic holds the all-time record for weeks spent at No. 1 with 361, having surpassed Federer’s previous record of 310 back in March 2021.

However, Djokovic’s decision not to get vaccinated for Covid-19 and the subsequent decision to revoke his visa in Australia cost him the 2,000 ranking points he earned as last year’s Australian Open champion.

After winning last year’s US Open — beating Djokovic in the final — Medvedev continued his rise by reaching this year’s Australian Open final, where he lost in an epic five-set clash to Nadal.

The pair will face off in a rematch on Saturday at the Mexican Open semifinals after Nadal beat America’s Tommy Paul and Medvedev beat Germany’s Peter Gojowczyk.

Nadal’s victory means the Spaniard extends his career-best winning start to the season to 13 matches.

It seems unlikely that Djokovic, who only played his first match of 2022 on Monday, will be able to regain top spot in the near future.

The 20-time grand slam champion said earlier this week that he still cannot enter the United States to compete at Indian Wells and the Miami Open in March — two Masters 1000 events — and previously told the BBC he would be willing to skip the French Open and Wimbledon over his decision not to be vaccinated.