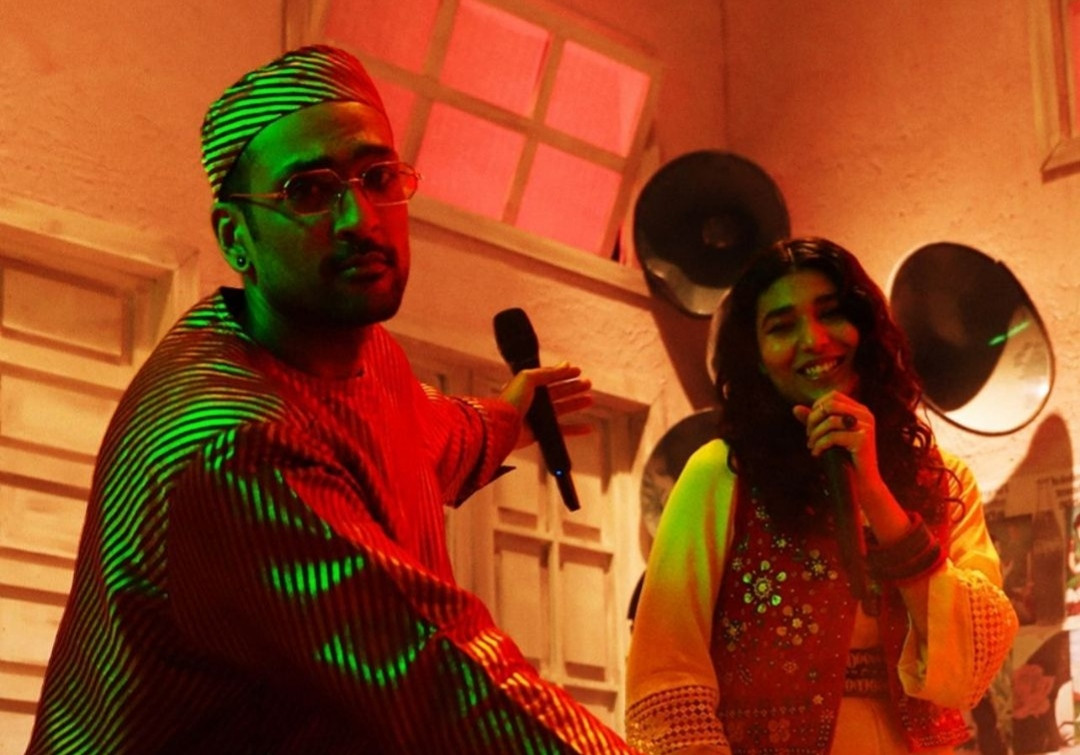 Ali Sethi and Shae Gill’s groovy Coke Studio 14 offering Pasoori has cemented its status as the song of the year (so far), with audiences at home and abroad failing to grow tired of the hit track. The song reached new heights recently, hitting 100M views on YouTube. Music producer Zulfiqar Jabbar Khan AKA Xulfi took to Instagram to thank fans of the song, with both Ali and Shae taking to their Instagram stories to mark the momentous achievement.

Xulfi shared in the caption to his appreciation post, “Thank you dosto! Thank you for listening, sharing, singing, enjoying and dancing on Pasoori. Your love has made every milestone possible. Dil se shukriya [Thank you from my heart].”

Ali and Shae reshared posts celebrating the milestone on their Instagram stories.

Ali’s father, senior journalist Najam Sethi, also expressed his joy over the video nearing 100M views. He reshared a tweet that read, “Pasoori is at 99 million & about to hit 100 million soon on YouTube. The song is currently a hit globally playing in the malls of Japan, the clubs in Sweden, the cars in India and all over Bangladesh. It hit the Spotify global charts weeks ago & was in top 20 on Singapore Spotify.” He wrote alongside it, “Proud of Ali Sethi!”

Earlier, award-winning Indian singer Armaan Malik had expressed his admiration for the song. The Dil Mein Ho Tum singer, who has been a part of Coke Studio India, took to Twitter to praise the work coming out of the platform from Pakistan.

He wrote, “Coke Studio Pakistan is next level,” adding a fire emoji to his statement. An hour later, he shared his favourite track from the season. Malik wrote, “Currently obsessed with Pasoori by Ali Sethi and Shae Gill!” Not only that, he also sang a few lines from the song himself.