Mattea Roach Ended Her ‘Jeopardy!’ Streak. Her Blazers Live On. 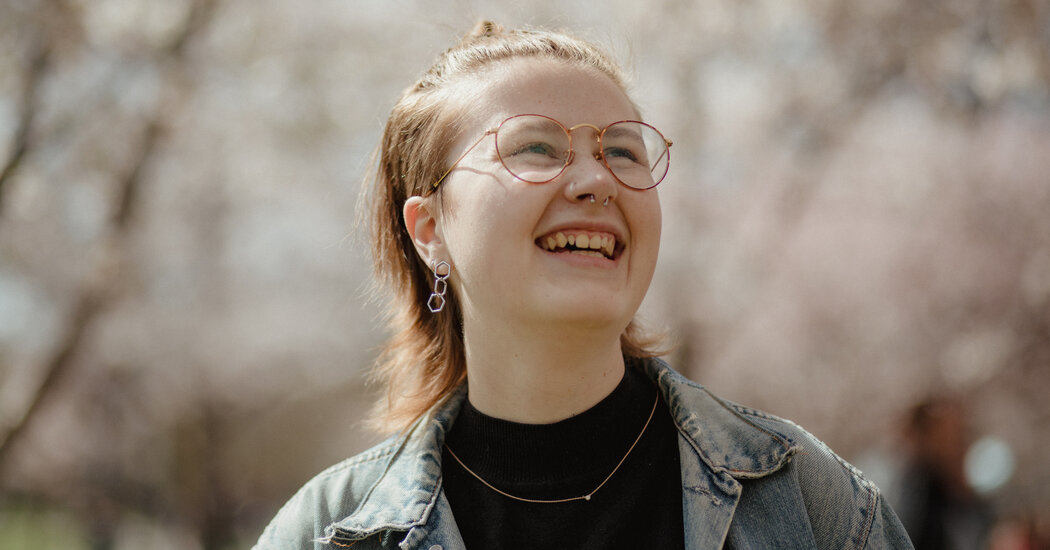 Mattea Roach, the 23-year-old “Jeopardy!” champion, blew past competitor after competitor. Some of the games were nail-biters: In one, she defeated her opponent by just a dollar. But the LSAT tutor, a 2020 graduate of the University of Toronto, ended her streak on Friday, winning 23 straight games and earning $560,983 (plus a $2000 consolation prize for her loss). She is among the show’s winningest regular-season players — just behind the likes of Ken Jennings, James Holzhauer, Matt Amodio and Amy Schneider.

Like Mr. Jennings, Ms. Schneider and Arthur Chu before her, Ms. Roach achieved crossover fame during her tenure on the show.

She drew attention from “Jeopardy!” fans in part for her distinctive playing style: She tended to wager small on Double Jeopardy and Final Jeopardy, for instance.

But her manner is attention-grabbing, too. Ms. Roach gesticulates (and not just with her hands — her wrists also get in on the action, and have became the subject of social media attention).

All “Jeopardy!” contestants answer in the form of questions, of course, but Ms. Roach landed her response with an extra layer of upspeak. As she puzzled through her answers, she talked out loud to herself — or was it directed to the host, or the audience at home? Her play could be disarmingly casual. On the Final Jeopardy clue that ended her streak, she appended a lowercase “idk” (text slang for “I don’t know”) to her scribbled, incorrect answer.

Ms. Roach was the most high-profile Gen Zer to appear on the show, and her fashion sense reflected her generation. She appeared in what might be called Merkel-core (as in the former chancellor of Germany): Her signature look was bold, boxy blazers.

Ms. Roach says her fame was a surprise.

“I don’t know that there’s kind of a way to psychologically prepare for this sort of thing,” she said in an interview on Friday when her streak ended. But still, she gave some thought to what she wore.

This interview has been edited and condensed.

Are you getting a lot of recognition in the streets?

I had not been home the entire time that the games were airing, so I hadn’t watched any of them with my parents in Nova Scotia. We drove up to Cape Breton to see my grandparents yesterday and came back down to Halifax today. My mom and I stopped at this restaurant on the side of the road. I was wearing a KN95 mask and one of the women working the restaurant was like, “I recognize you by your earrings.” I swear it was like, 10 women came out from the kitchen, like clowns coming out of a clown car. They just kept coming out to say hello.

How would you describe your personal style?

How can I describe it that can be printed in The Times … I’ll just say it this way: I dress like a lesbian. I saw a lot of tweets after my first appearance where I hadn’t really, like, spoken publicly about my orientation or identity from people who were queer, that were like: We can tell.

I definitely dress more masculine; I wear either entirely neutral tones, or, if I’m going to wear something bright, it’s going to be really gaudy and really loud. Even when I’m going to an event, I want to be comfy.

If you see me during the summer, I’m one of those people that’s raiding Old Navy for all of the terrible print shirts that I can find or going to thrift stores looking for all of the big Hawaiian dad shirts.

When you were thinking about your appearance on the show, what went through your mind?

I started rabbit-holing a little bit before the show. I realized that there’s a Twitter account that talks about what people wear on the show.

I was like, OK, I want to make sure that I’m wearing something that I feel like I look good in. I was much more concerned about feeling comfortable with what I was wearing.

I bought precisely one item new — a tweed blazer. Everything else was stuff I already owned. With the exception of one time: I wore this black cardigan that came from wardrobe, because I think that they were like, we need to put on another layer just so that there’s like something else going on. And I was obviously not thrilled to have to wear the cardigan from wardrobe, but it was fine.

I wore the same pair of pants almost every single game because you don’t see them — this pair of black stretchy Palazzo pants from Zara. The only time that I wear a different pair of pants was two episodes where I’m wearing a jumpsuit.

Do you do a lot of secondhand shopping?

Most of the blazers I wore on the show were from vintage or secondhand stores in Toronto — with the exception of a crushed velvet one, which was given to me by a friend who was cleaning her closet.

It’s easier to find high-quality pieces at a reasonable price point that way. I like the notion that it’s more sustainable.

I’m not a big Value Village- or Goodwill-type shopper just because I don’t enjoy shopping that much. I find the process of having to sift through a lot of garments to be just not enjoyable. So the places that I go tend to be places that have already curated a selection.

Are you a Depop girl?

No, I’m not. I’ve tried to look around on there. They don’t have a great variety of sizes. Oftentimes, I find that it’s a lot of people that will maybe buy oversize things and then they’ll make a two-piece out of what was previously one shirt and I’m like, well, I can’t wear that.

Obviously, your financial situation has changed as a result of being on the show. Do you think that your style will change at all along with that?

I don’t know that my style will change. I do think that I will probably feel a bit more free to buy pieces that are more expensive. I don’t even take Ubers, though I can absolutely afford to, because I just hate spending money. So I don’t think I’m going to suddenly go out and completely revamp my wardrobe.

I probably will use the opportunity to buy at least one suit and have it tailored because that’s something that I think is, especially as a woman, quite difficult to do and can be kind of expensive. I’ve never been able to find a two-piece matching suit where both parts fit me.

Are you keeping the blazers? Or have you burned them already?

No, I love my blazers, why would I get rid of them?

I saw you tweeted, “My identity isn’t relevant to how well I performed on the show. But it is relevant in that I am someone who is read as queer in real life because of the way I dress, talk with my body and other intangible factors.” How did you see that play out?

I want to make sure that if I’m only going to do this one time, I’m doing it in a way that I feel proud of.

I wasn’t trying to really moderate in a major way how I was talking. I knew that I didn’t want to dress more feminine than I might otherwise just to look more presentable to some hypothetical person in middle America that might not like how I dress. I’m glad I showed up as my authentic self because it would have been a lot of steam for me to keep up a certain image that was not true to who I am over that many games.

I wasn’t thinking about it in terms of, “Oh, it’s going to be so important for people to see a young queer person on the show.” To the extent that I thought that mattered, it mostly mattered to me.