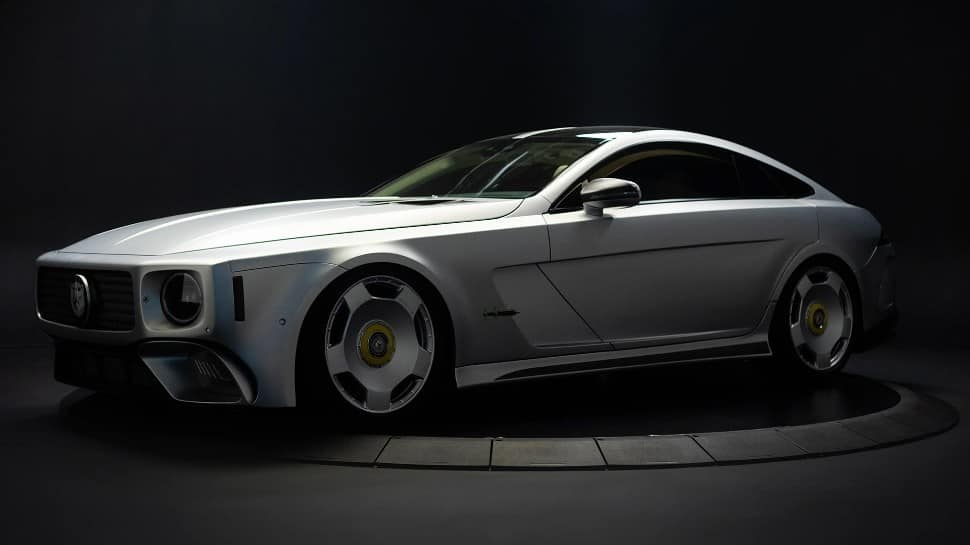 Mercedes-AMG GT 4-Door coupe features the German carmaker’s signature look, which is one of its own. However, will.i.am was not completely satisfied with what the coupe looked like; taking the matter into his hands, he mutated the coupe’s face to look like the G-Class. He merged the boxy design of the G-Class with the swoopy design of a GT 4-Door Coupe.

The car is officially named WILL.I.AMG, a.k.a “The Flip,” and it boasts enormous rear-hinged doors similar to the Rolls-Royce Wraith. The automobile is also said to be inspired by the SLS, presumably because the split glass roof resembles the top part of the gullwing doors. Taking things up a notch, the three-pointed star is enclosed within a bear logo on the emblem, which is the most prominent.

The bear enclosed logo promotes the accessories collections of “Bear Witness.” Besides the front end, the logo can be spotted on the wheel centre caps as well. This is not the first time will.i.am has done something like this. This is the sixth project the rapper has completed with West Coast Customs.

Also read: Traffic violators in Gurugram can now pay fines on-spot from May 9, here’s how

However, the changes in the car are just bodyworks; it remains the same considering the powertrain. It still draws power from a 4.0-litre twin-turbo V8. The engine on the car remains intact because will.i.am believes that Mercedes has the best engines in the business.

The WILL.I.AMG will be featured in a six-part documentary titled “DRIVE,” which is planned to premiere at the Cannes Film Festival. Meanwhile, “The Flip” will make its public debut during the Formula 1 Miami Grand Prix this weekend.

The entire point of the creation is to reach out to underserved youngsters and motivate them to achieve greater heights. For that purpose, the artist’s i.am/Angel Foundation will get a percentage of the sales from the Bear Witness collection Drop 1, Limited Edition.