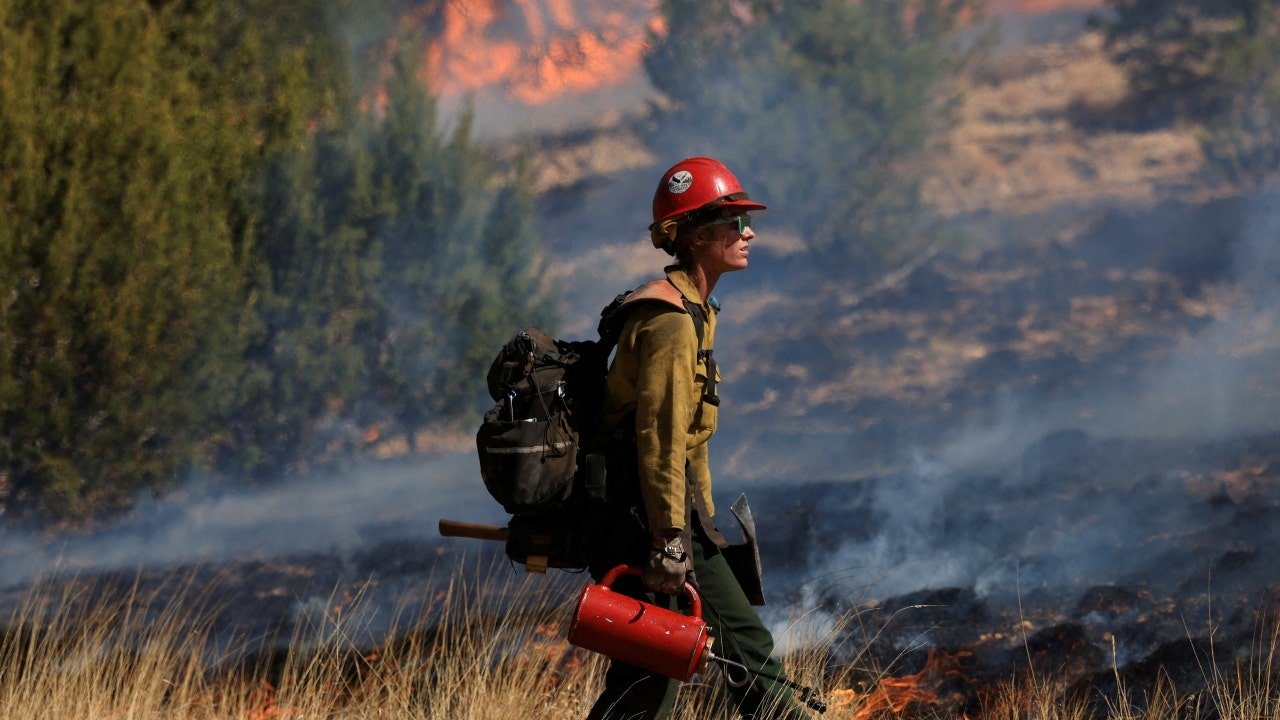 New Mexico’s governor warned residents on Friday ahead of what is expected to be a historic and dangerous weekend for fire weather.

Speaking to reporters, Gov. Michelle Lujan Grisham and officials said there would be high temperatures and extreme winds.

The governor encouraged people still in mandatory evacuation areas to leave as soon as possible.

Federal and state agencies noted that widespread critical-to-extreme fire weather in drought-stricken New Mexico was likely on Saturday and Sunday, and possibly through Wednesday.

While personnel – both on the ground and in the air – made some progress on fires in the state last week, many families already have been left homeless and thousands of residents have evacuated.

The Calf Canyon-Hermits Peak complex – one of the largest blazes ever in the southwestern state – stretched over 170,665 acres on Saturday and was 21% contained.

The Hermits Peak Fire’s start has been traced, in part, to a preventive fire initiated by the Forest Service in early April to reduce flammable vegetation; the fire escaped control, merging with the Calf Canyon Fire.

1,422 personnel were battling the flames and National Interagency Fire Center (NIFC) reported that the complex was one of six fires in the state.

Another fire was moving closer to the Los Alamos National Laboratory, which is one of the nation’s key facilities for nuclear research and future production of plutonium components for nuclear weapons.

However, lab officials said Friday that radiological and other potentially hazardous materials are stored in containers engineered and tested to withstand extreme environments, including heat from fire.

Fox Weather reported on Friday that an early-season heat wave is expected from Texas to the South and Midwest into next week.

The southwestern winds are expected to move over the Sierra Madre mountain range and warm, according to Fox Weather Meteorologist Nick Kosir.

The U.S. Drought Monitor showed, on a map released Thursday, that 91.09% of the West is experiencing moderate to exceptional drought.

Wildfires have become a year-round threat in the region.

Scientists and fire experts say they are moving faster and burning hotter than ever due to climate change.