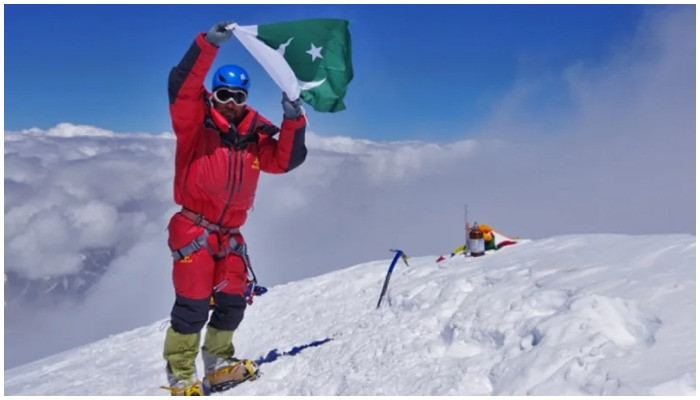 KARACHI: Pakistan’s ace mountaineer Sirbaz Ali Khan, on Saturday, became the first-ever Pakistani to climb 10 of the world’s 14 highest peaks above 8,000 metres after he successfully scaled 8,586-metre Kanchenjunga, raising Pakistan’s flag at the summit of the third highest peak in the world for the second time in three days.

Thirty-two-year-old Sirbaz, who hails from Hunza, started his push to the summit last night and reached the peak at around 7:00am Pakistan time on Saturday, according to officials of the Alpine Club of Pakistan.

He announced his arrival in the mountaineering circle with his off-season summit of the Nanga Parbat when he climbed the 8,125-metre high mountain in 2017.

Sirbaz is eyeing becoming the first Pakistani to climb all 14 of the world’s highest peaks. He now aims to climb Makalu this month and G1 later in the summer. After which he will decide on dates to climb Cho Oyu and Shishapangma.

His summit manager Saad Munawar shared added that communicating from the summit, Sirbaz thanked the whole nation for their support and requested prayers for a safe return.