Bafta TV Awards 2022: The best-dressed stars on the red carpet 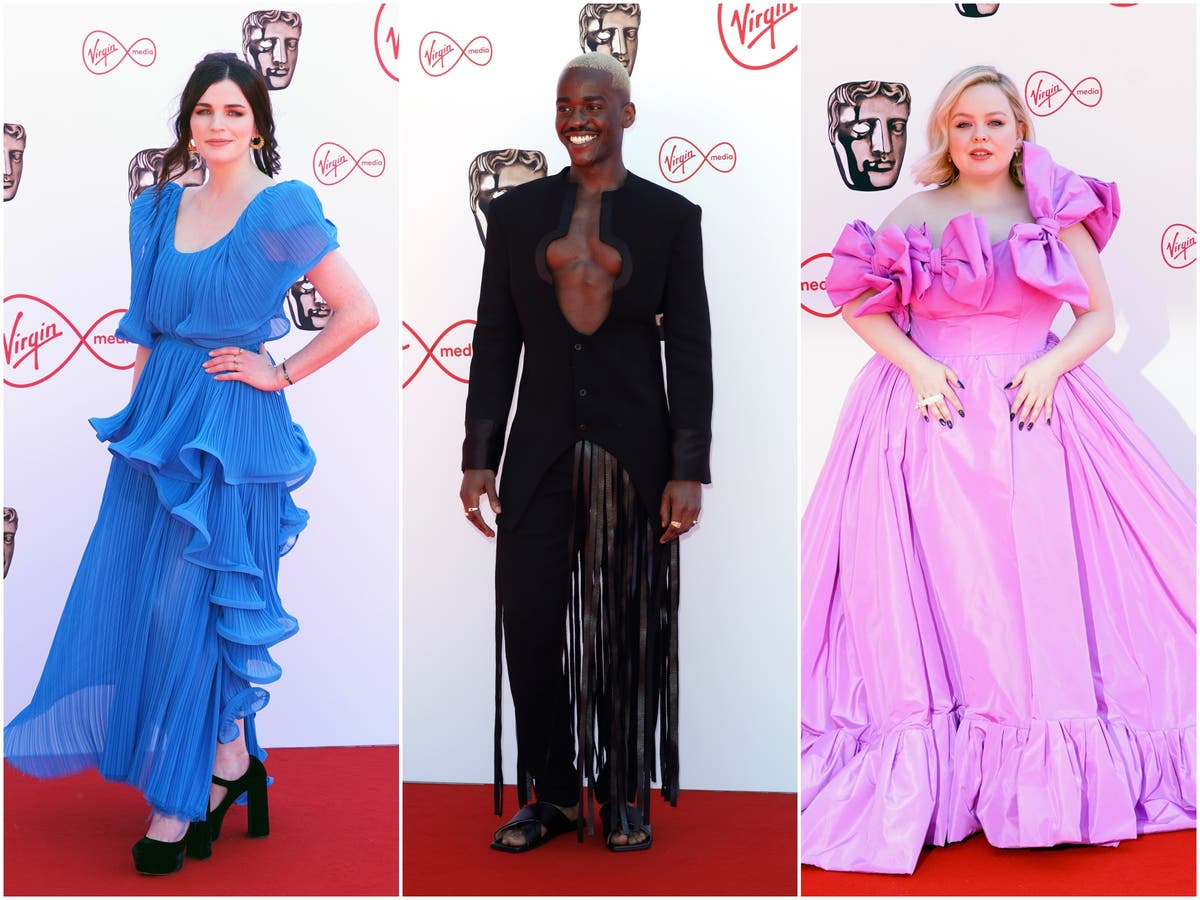 The Bafta TV Awards are here, and stars like Nicola Coughlan, Jodie Comer and Olivia Colman are expected to grace the red carpet at London’s Royal Festival Hall today.

Kate Winslet, Sean Bean and Matthew Macfayden are among the actors nominated for awards.

Also among nominees is Sex Education’s Ncuti Gatwa, who has just been announced as the newest star of Doctor Who. Gatwa is nominated in the best male performance in a comedy programme category.

Sir Billy Connolly will receive the British Academy of Film and Television Arts (Bafta) Fellowship during the ceremony, the academy’s highest honour which recognises an individual who has made an exceptional contribution to the arts.

With red carpets back to regular programming (including the show-stopping Met Gala last week), see the best-dressed stars at the 2022 Bafta TV Awards below.

Reigning star of every red carpet she graces, this one was no different for Nicola Coughlan who looked beautiful in a dramatic pink gown with oversized bows along the neckline.

Man of the moment (and Bafta nominee) Ncuti Gatwa made his first appearance since being announced as the new star of Doctor Who at the Bafta ceremony.

Olivia Colman went for the ultimate chic look with an oversized blazer and trousers paired with heeled sandals and a gold clutch.

Aisling Bea looked like a modern-day Cinderella in her bright blue gown and chic updo.

It’s A Sin star Olly Alexander looked almost unrecognisable with his bleached eyebrows on the Baftas red carpet. His look was suitably extra, with a billowing black cape and platform boots.

Motherland actor Tanya Moodie opted for a stunning sheer lace gown, which she paired with a silver necklace.

Katie Piper went bold with her Bafta look with this strapless pink dress with feathers and a high-low hemline.

TV and radio presenter Charlotte Hawkins was a vision in red on the Bafta red carpet.

She accesorised her floor-length red gown with a matching clutch, red lipstick and sparkling heels.

Tess Daly brought summer to the red carpet with her midi green dress with a thigh-high slit.

Call the Midwife actor Helen George wore the little black dress of our dreams to this year’s Bafta TV Awards. The midi dress had a subtle sweetheart neckline and gold detailing on the straps.

Eleanor Tomlinson proved that sometimes the simplest dress is the chicest. The actor wore a white slip dress to the awards, with a diamond cutout on the back.

Their pencil skirt and blazer was accesorized with a Moschino necklace and fried egg embellishments.

Former member of The Pussycat Dolls, Ashley Roberts, was among the first celebrities to grace the 2022 Bafta TV Awards red carpet.

The singer and TV personality wore a striking one shoulder silver gown with coloured feathers at the bottom and a thigh-high slit.

Emily Watson gave us a glimpse of her peeptoe pink heels on this year’s red carpet, which she wore beneath her structured black gown.