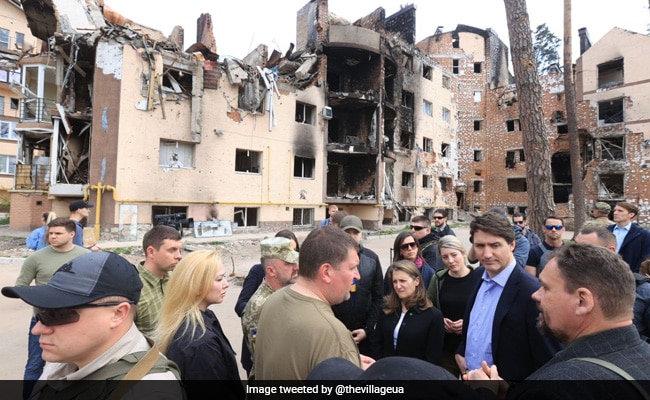 Canadian Prime Minister Justin Trudeau on Sunday visited Irpin outside the capital of Ukraine, its mayor said, where Russian forces were accused of atrocities against civilians.

Irpin Mayor Oleksandr Markushyn posted pictures on an official social media channel with pictures of Trudeau writing that the Canadian prime minister “came to Irpin to see with his own eyes all the horror that the Russian occupiers had done to our city.”

Trudeau’s office confirmed the visit saying that, “The prime minister is in Ukraine to meet with President Zelensky and reaffirm Canada’s unwavering support for the Ukrainian people.”

Markushyn said that the Canadian prime minister had been given a tour of the suburb that was badly damaged by Russian forces in the early stages of their invasion launched in late February.

“He saw — not military facilities — but burned and completely destroyed homes of Irpin residents, who until recently enjoyed life and had their own plans for the future,” the mayor said.

Several Western political leaders including UN Secretary-General Antonio Guterres have recently visited Irpin and other residential areas around the capital Kyiv where Russian forces were accused of killing hundreds of civilians.