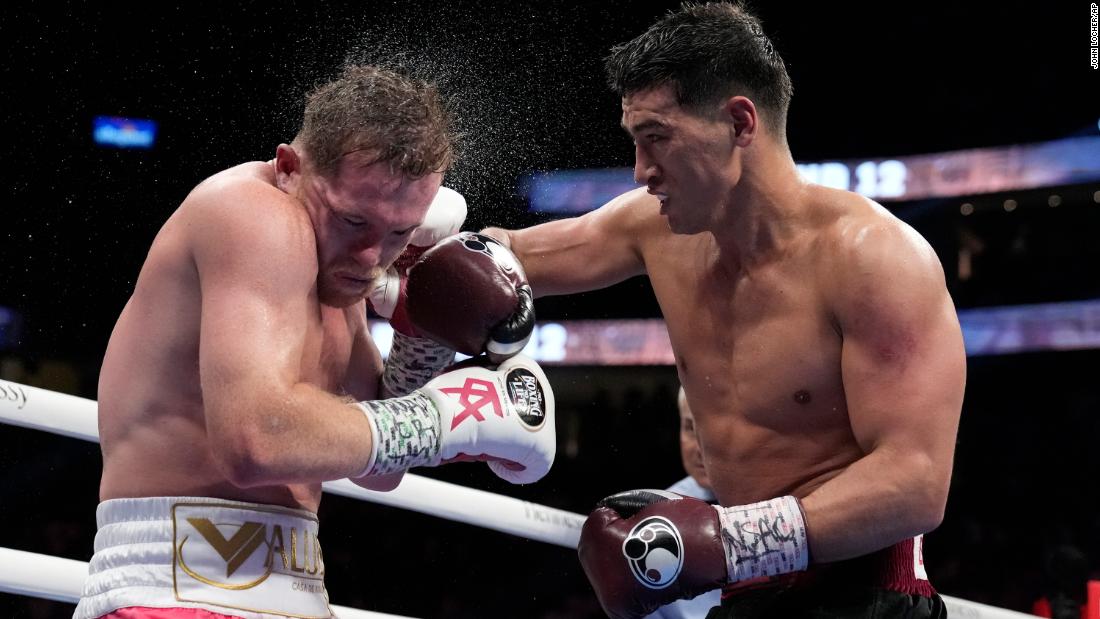 Bivol claimed victory with a unanimous points decision, with all three judges scoring the fight in his favor as he retained his WBA light heavyweight title.

The Russian stretched his undefeated record to 20-0, while he handed Alvarez just the second defeat of his career, and his first in nine years since he lost to Floyd Mayweather Jr.

“I’m glad I proved myself today, I’m the best in my division and I keep this belt,” Bivol said after the win. “He’s a great champion, I respect him and all his team.

“If you don’t believe in yourself what do you do? You achieve nothing. I believe and my team believed in me.

“I felt his power. You can see on my arm, he beat my arm up but not my head. That’s better.”

Alvarez — ranked as the best pound-for-pound fighter in the world — is the world super-middleweight champion but stepped up in weight for the bout against Bivol.

He has previously fought in the light heavyweight division before, defeating Sergey Kovalev in 2019.

But despite a passionate, predominately Mexican, crowd cheering him on, the 31-year-old struggled against Bivol, being battered and bruised by the clinical Russian.

Alvarez finished the fight uncharacteristically red after Bivol’s barrage, but was magnanimous in defeat.

“You have to accept it, it’s boxing,” Alvarez said afterwards. “He’s a great champion. Sometimes in boxing you win and lose and I’m not giving excuses. I lost today and he won.”
Visit CNN.com/sport for more news, features, and videos

After the fight, Alvarez said he was keen for a rematch. When asked, he said: “Of course I do. This doesn’t end like this.”

Bivol, who has held the light heavyweight title since 2016, said he was also keen for a rematch.

“I’m ready for a rematch, I just want to be treated as the champion now.”