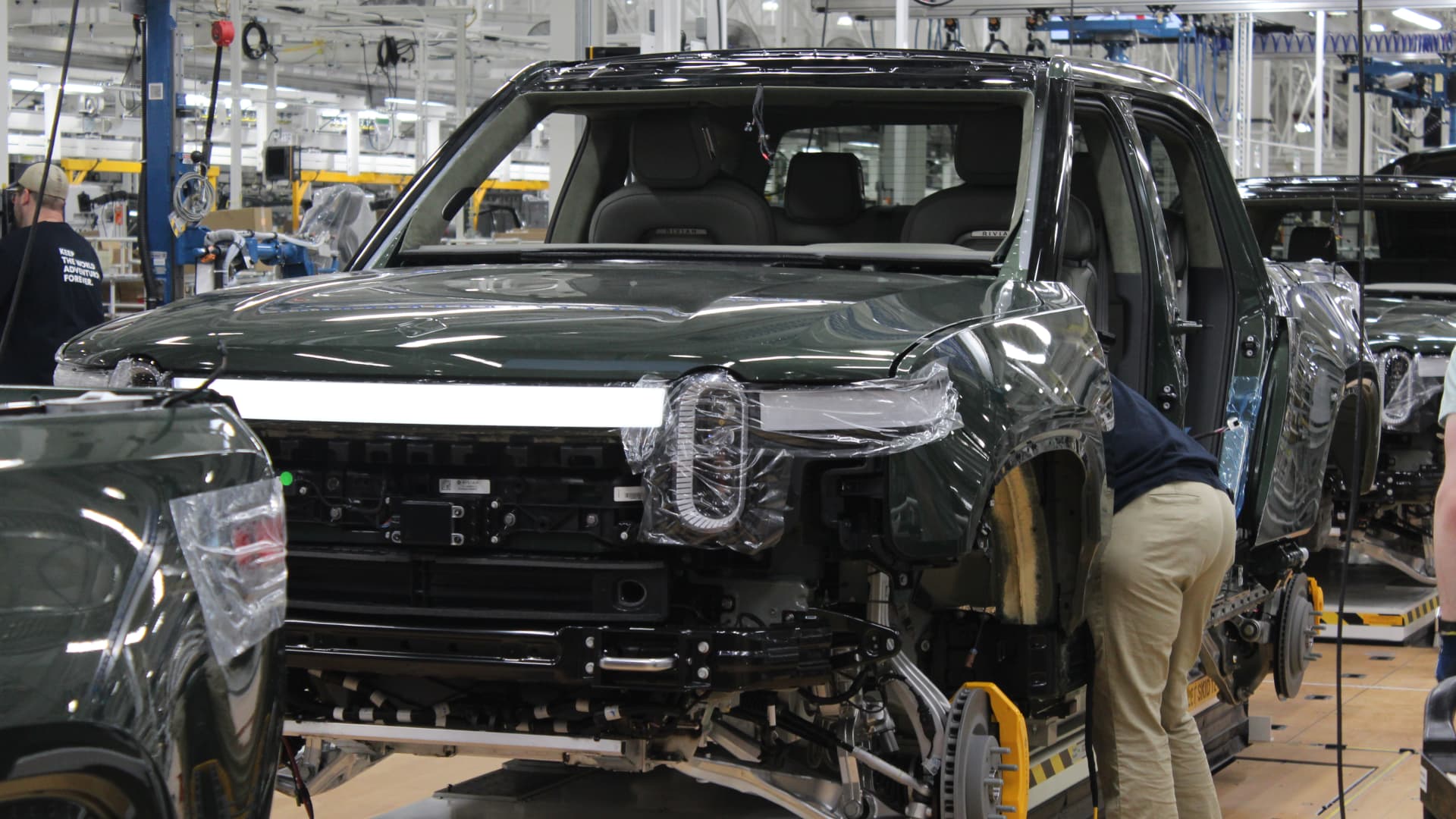 Production of electric Rivian R1T pickup trucks on April 11, 2022 at the company’s plant in Normal, Ill.

Ford Motor is selling 8 million of its Rivian Automotive shares, with the insider lockup for the stock of the once high-flying electric vehicle maker is set to expire on Sunday, sources told CNBC’s David Faber.

The automaker currently owns 102 million shares of Rivian. Ford will be selling the shares through Goldman Sachs, sources said.

The lockup defines a period of time after a company has gone public when early investors and company insiders cannot sell their shares. That ensures the IPO is carried out in an orderly manner and does not flood the market with additional shares.

JPMorgan Chase also plans to sell a Rivian share block of between 13 million and 15 million for an unknown seller, sources told Faber. Both blocks of stocks are priced at $26.90 a share.

Shares of the EV manufacturer have plummeted by more than 50% in the first three months of 2022, reversing course from the fourth quarter, when the company held its stock market debut and saw its value skyrocket.

Rivian said in March it expected to produce 25,000 electric trucks and SUVs this year, as the start-up battles through supply chain constraints and internal production snags. That would be just half of the vehicle production it forecast to investors last year as part of its IPO roadshow.

— CNBC’s Michael Wayland and Ari Levy contributed to this report.