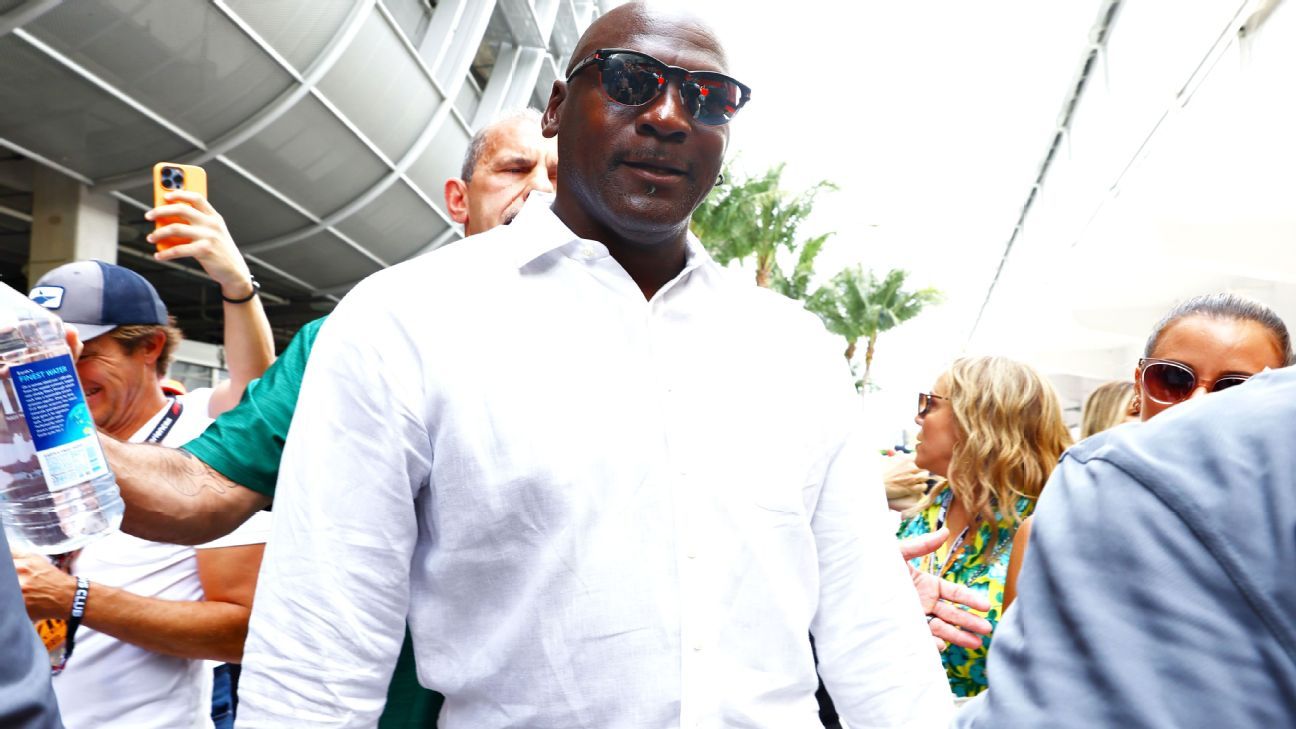 When you think of Miami, sunny beaches, neon lights and thrilling nightlife experiences might come to mind, and rightfully so. This past week, however, South Beach was the epicenter of action-packed sporting events.

The Miami Heat‘s journey toward a Larry O’Brien Trophy continued in the Eastern Conference semifinals against the Philadelphia 76ers, after Philly defeated the Atlanta Hawks in the first round 4-1. Another squad from the Sunshine State, the Florida Panthers, began its own quest for championship hardware, the Stanley Cup, against the Washington Capitals.

Formula One racing also came to Miami as the city hosted its first league event on Sunday. The Crypto.com Grand Prix at the new Miami International Autodrome drew a star-studded crowd as many sports luminaries mingled with each other before, during and after the race.

Read more: Everything to know about the Miami Grand Prix

Here’s a look at some of the best highlights from an eventful week of sports and athlete sightings in Miami:

Some guy with 7 world titles, and Tom Brady @LewisHamilton pic.twitter.com/T90mDEQ4sQ

Hamilton wasn’t the only one socializing with sports greats. Pierre Gasly had dinner with Basketball Hall of Famer Michael Jordan ahead of the Miami Grand Prix. Jordan has some racing experience, co-owning a NASCAR team with Denny Hamlin.

F1 racer Lando Norris also got in the hoops spirit leading up to the race. He unveiled a hardwood-themed helmet featuring his logo and signature.

Love was also in the air in South Beach. At the Miami Grand Prix qualifiers Saturday, a spectating fan popped the question to his partner. The moment is great, but the support from the fan in the background is even better.

We are all the lady in the back right now. 🥳

Congratulations to you both! 💍 pic.twitter.com/aF1RgiNqNT

On Sunday, Hamilton, Jordan, Beckham and Brady posed for a picture. TB12 went with “LFG” but “greatness” would have also sufficed for a caption.

The Panthers started their quest for a Stanley Cup Tuesday, facing the Washington Capitals in their first-round matchup. The Panthers finished the regular season first in the Eastern Conference and had the second-highest odds to win the championship on May 2 per Caesars NJ (+500). The squad received good-luck wishes from the Heat ahead of its first playoff game.

Brought the Presidents’ Trophy home, now it’s time to chase another. Let’s get it started it right tonight @FlaPanthers 🐀🐀🐀🐀🐀🐀🐀🐀🐀 pic.twitter.com/uLh7hKTWt7

On top of the social media support, Heat veteran Udonis Haslem showed up to Game 1 to cheer on the Panthers.

The Panthers lost 4-2 in Game 1 on Tuesday but rebounded with a 5-1 victory on Thursday. Game 3 didn’t bring the same success, as Washington trounced Florida 6-1.

The Heat had a pretty successful week, starting with guard Tyler Herro. On Tuesday, the 22-year-old was named the NBA’s Sixth Man of the Year, receiving 96 first-place votes. Herro’s 20.7 points per game off the bench were the most since Lou Williams’ 22.6 PPG when he won the hardware during the 2017-18 season, per ESPN Stats & Information research.

Miami led its series versus the Sixers 2-0 heading into the weekend, thanks to impactful performances from Herro, Jimmy Butler, Bam Adebayo and Victor Oladipo. It was Oladipo’s 30th birthday on May 4 and he had quite the performance that night. He dropped 19 points, 10 of those coming in the fourth quarter. Forward P.J. Tucker‘s birthday was on Thursday, and what better way to celebrate than with a win.

Fresh off the Met Gala carpet and back in Wade County 🏠 @DwyaneWade @itsgabrielleu pic.twitter.com/Wl4kD7p5fH

🔊 Homecourt protected with the Wades in the building pic.twitter.com/5zu1Z1vxeB

Colombian soccer star James Rodriguez stopped by courtside to watch Miami play Wednesday. Former Heat guard Dwyane Wade was also in attendance for Game 2, fresh off his appearance at the Met Gala. Butler shouted out Wade and his family after the win.

What a way to celebrate your 30th birthday 🥳

Vic helped us seal the win with 10 points in the 4th, 19 overall pic.twitter.com/4o0lKeBSDZ

The Heat fell to the Sixers 99-79 on Friday, but they still have the 2-1 series advantage heading into Game 4 on Sunday.