HomeLife StyleMI5 Spies With One Thing in Common: They’ve Screwed Up
Life Style

MI5 Spies With One Thing in Common: They’ve Screwed Up 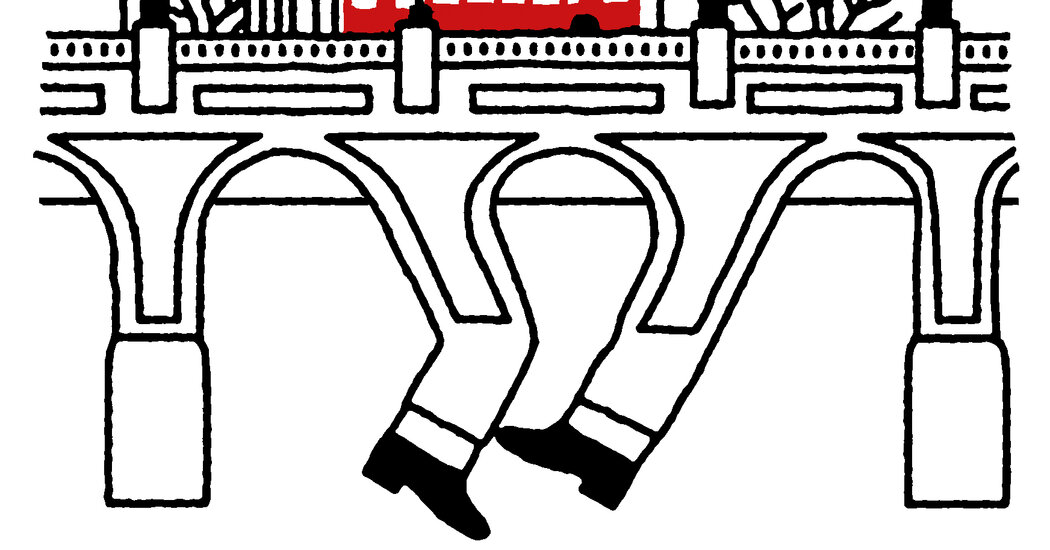 For those of you who haven’t yet dipped into this series, Slough House is “the end of the pier, the fleapit to which Regent’s Park consigns failures,” where “would-be stars of the British security service are living out the aftermath of their professional errors.” In “Bad Actors,” the Slough House rapscallions — who once “dreamed of headline roles in their nation’s secret defenses,” only to discover they barely qualify as extras — manage to nose their way into business where they don’t belong, making a hash of things before somehow getting it all right.

We can dispense with the plot fairly swiftly, because plot isn’t — at least for me — the book’s chief attraction. A member of a government think tank has done a runner, the former head of MI5 is assigned to find her, and the trail doubles back squarely upon a high-ranking official at Regent’s Park. How mortifying! And that’s before the Russians show up.

What spurs me to keep reading each new installment is Herron’s absurdist voice, which could devolve into cheap cynicism but never does. That’s why the Slough House denizens, from Jackson Lamb to Roddy Ho to newcomer Ashley Kahn, maintain pathos in the face of parody — they may be bitter, but they have pride in themselves and their work.

Once, Callie Padget was a newspaper reporter on her way up, seemingly destined for greater things. Then came the layoff, the move back home, the pivot to working in a local bookstore. Heard this story before? Sure, but Alicia Bessette imbues this familiar cozy mystery setup with a fresh shot of warmth and verve in SMILE BEACH MURDER (Berkley, 352 pp., $27), the first in a new series I already know I want to read more of.

Callie was born and raised on Cattail Island in North Carolina’s Outer Banks. Returning to her hometown, she takes comfort in classic Mary Higgins Clark novels (an instant way to my own heart, I’ll admit). When an acquaintance is found dead after falling from the lighthouse — the same way Callie’s mother died, years ago — her reporting instincts kick in, just as various hornet’s nests get kicked.

“Smile Beach Murder” juggles present-day murders with a level of menace that seems elevated for typical cozy fare. But the numerous Mary Higgins Clark references serve a purpose: to remind readers that danger lurks in all corners, and that women are extremely adept at facing that danger with aplomb.

Last year, Lorenzo Carcaterra wrote a memoir, “Three Dreamers,” about the trio of women in his life — grandmother, mother, wife — and their collective and individual importance. Now he has repurposed his grandmother’s story into the first of a new cozy mystery series, NONNA MARIA AND THE CASE OF THE MISSING BRIDE (Ballantine, 272 pp., $26), fictionalizing her as an amateur detective in perpetual widow’s weeds on the Italian island of Ischia.

The “missing bride” in question is a lifelong islander named Anna, who has found herself engaged to Andrea Bartoli, whose prior life (and marriage) raise more disturbing questions than provide credible answers. So the smart, spry Nonna Maria does what she does best: She offers advice and homemade espresso, then helps the girl disappear. And with the help of the local carabiniere, who has personal reasons to suspect Bartoli of malice, Nonna Maria determines the sordid truth, solving an actual murder in the process, too.

“Nonna Maria and the Case of the Missing Bride” is a departure from Carcaterra’s more customary hard-boiled fare. While it’s evident how much of himself and his family history he has rendered here (there is an authorial avatar who shows up, for starters), there’s something lacking in his gentle tone, something that I find in any work by Donna Leon or Andrea Camilleri.

Caite Dolan-Leach is resolutely committed to her characters, no matter how unpalatable, even ridiculous, their actions would be if they occurred in the real world. Her audacious 2017 debut, “Dead Letters,” was about the forever bond between twin sisters, one living, one dead. “We Went to the Woods” recast the survivalist narrative as one about the dangers of trusting anyone, least of all yourself.

So it was with confidence that I began DARK CIRCLES (Random House, 374 pp., $28), and was richly rewarded. It’s set at an upstate New York “spiritual retreat” called the House of Light — don’t call it a cult! um, OK, actually, you can — where the scandal-plagued star Olivia Reed goes at her manager’s behest.

Soon after she arrives, she watches as cops fish the body of a young woman out of the nearby lake. Another guest tells her, “There have been three other young women in a 20-mile radius of this place who have turned up dead of an apparent suicide on an equinox or solstice in the last five years.”

But the twists, while impressive, prove less riveting than the journey, and Dolan-Leach’s insights along the way. “Is it good enough to find out what happened to them and to tell as many people as will listen? Is that what they would want?” Olivia wonders. “But why should it matter what they want? The stories told about us are not our own.”