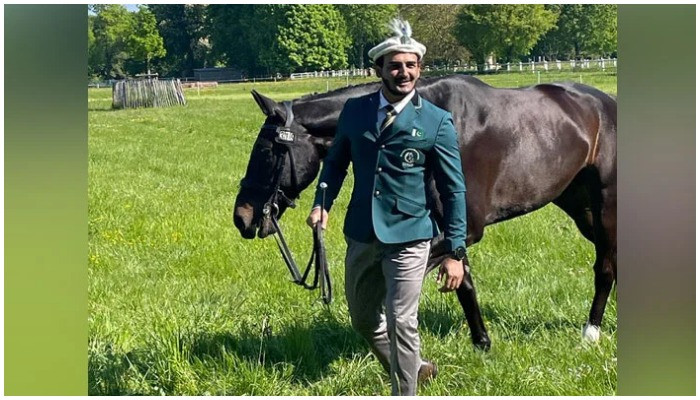 KARACHI: Pakistan’s ace equestrian Usman Khan made a strong comeback in the circuit almost a year after meeting an accident to confirm Pakistan’s berth in Asian Games.

According to a message received by this correspondent from Usman Khan, Pakistan has secured 12th place in the FEI CIC 2-Star long format event, Haras De Jardy, which took place in Paris, France. Following that, Pakistan has now qualified for Asian Games 2022-23.

Usman had met a horrible accident last year, which kept him in rehab for around 150 days. His horse “Kasher” had also passed away in that accident due to the fall.

This time, Khan, 41, has partnered with a new horse Eden Du Veret, a seven-year-old French horse.

The Pakistani athlete had got that horse only 10 days before his event and didn’t get enough time to train adequately with him.

However, he’s hopeful of winning medals with Eden Du Veret.

Usman told Geo News that he could’ve been on the podium in Jardy as well.

“Pakistan was placed 11th after dressage in a massive European field, we had kept a low profile in the lead-up, so there was no pressure. We achieved a national record score in the dressage phase and went clear cross country with six time penalties and one rail in showjumping,” he said about the event.

“If we didn’t incur time penalties, we would have been at the podium. The performance tells Pakistan has a medal chance,” he said.

The top equestrian from Pakistan added that it was good to be back on the field after a gap and to see Pakistan’s flag flying during the European circuit was something very special for him.