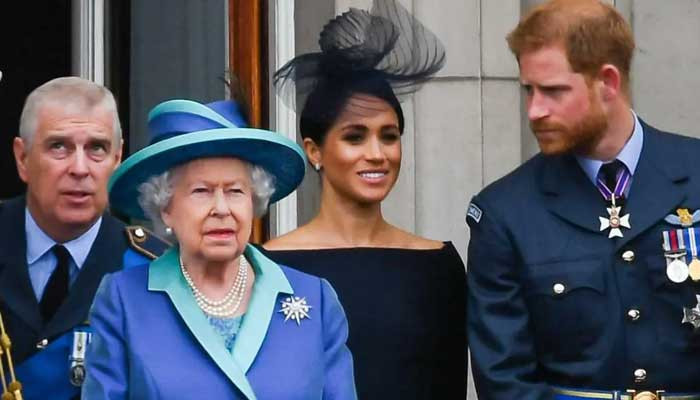 Queen Elizabeth II, who has become the first British monarch to reign for seven decades, is gearing up for her Platinum Jubilee celebrations next month.

There are speculations that the the 96-year-old’ Jubilee could face a ‘major distraction’ if the Netflix film crews turn up.

The Duke and Duchess of Sussex announced on Friday that they will be attending the Queen’s Jubilee celebrations with their children — minutes after the Queen barred them from the Palace balcony for the Trooping the Colour ceremony.

A source told Express UK: “While the family are delighted Harry and Meghan are coming, there is a real fear of tension, especially over any Netflix crew. There are concerns tension could explode if the Netflix team comes to the UK and tries to exploit their opportunities.

“The worry is they will push it and try to gain access to areas of Jubilee celebration events where they can film Harry and Meghan and their children.

“Even if they accept that their Netflix crew can’t go into Buckingham Palace to film, they could cause problems – and at the very least cause a major distraction.

“Senior courtiers believe that Netflix will see it as one big opportunity to exploit their mega-millions agreement with the couple.

“So a team of Palace aides will be on standby to keep a very close eye on the crew, and act as minders if needs be.”

The Netflix crew stood apart from the dozens of photographers covering the arrival of Prince Harry and Meghan at the Invictus Games reception last month. But, critics have accused the royal couple of ‘cashing in’ on the event by allowing the streaming giant, with whom they have signed a $100million deal, into private meetings.