At 85, the Jazz Bassist Ron Carter Still Seeks ‘A Better Order of Notes’ 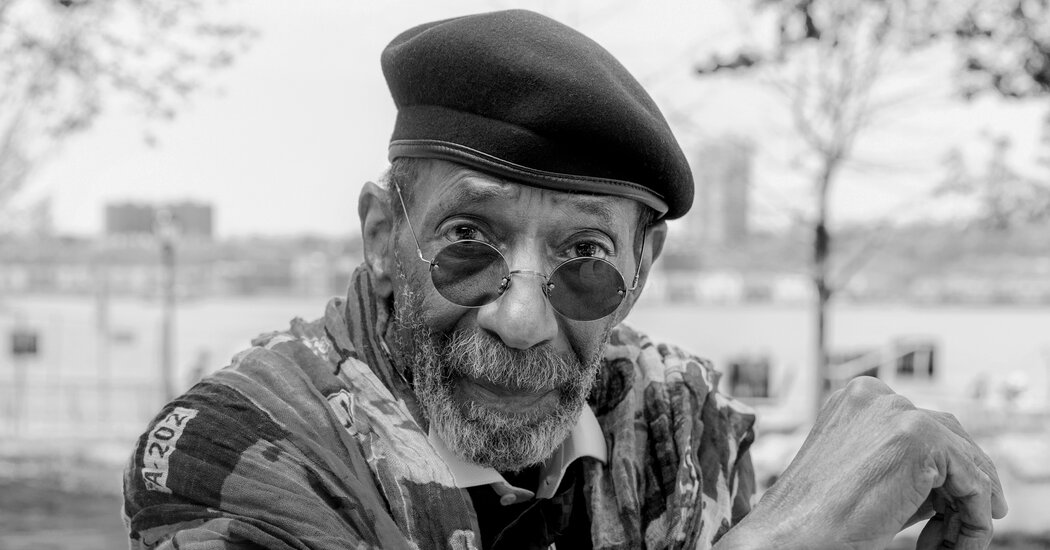 On a recent morning on the Upper West Side, the bassist and bandleader Ron Carter sat on the far end of a plush, rust-colored sofa in his spacious 10th floor apartment, an oak-hued space with ornate sculptures and panoramic views of the bustling neighborhood blocks below. In the background wafted a gentle melody from Antônio Carlos Jobim, the Brazilian multi-instrumentalist and a former collaborator. The place exuded a grandeur that describes the man, too. It’s no surprise that Carter — Mr. Carter, Maestro, a jazz legend — lives here.

With over 60 albums as bandleader and countless others as a sideman, and more than 2,220 recording sessions to his credit, Carter has long let his music do the talking. During our conversation, he seemed guarded, resting his head in a balled-up right fist and looking away when answering questions. But on this April day, he had something specific to discuss: a career-spanning show at Carnegie Hall on Tuesday with his own trio, quartet and octet to celebrate his 85th birthday.

“He’s as straight as an arrow,” said Herbie Hancock, the hallowed pianist who met Carter at Miles Davis’s house in 1963, in a phone interview. They were playing tunes in what would become the trumpeter’s Second Great Quintet. “Miles played a little bit, then he threw his horn down on the couch and went upstairs,” he added. “But before he did, he told Ron to take over. He targeted Ron to do that because he knew that Ron could. Ron is a no nonsense guy.”

Carter grew up as something of a prodigy in the Midwest, in a family that played instruments, yet wasn’t musical, per se. “Most Black people in the ’40s and ’50s, the families had some kind of common bond in the house before TV and all the stuff took over,” he said. “It was always someone who played piano, you had this choir singing at the house, normal African American communal in-house music.”

He took up the cello at 11 when a teacher starting an orchestra laid out the instruments on the table and it “seemed to strike my fancy,” he said, and played it until he got to high school. But he noticed he didn’t get the same opportunities as white students, despite being told how talented he was. High school orchestra members were sometimes asked to play background music for dinners and P.T.A. meetings — everyone except the Black students. In 1954, Carter saw that the orchestra’s only bassist was graduating. He turned to the instrument as a way to stand out.

Discrimination followed him to Eastman School of Music in Rochester, N.Y., where Carter played bass in the orchestra: The guest conductor Leopold Stokowski, then leading the Houston Symphony, said he liked Carter as a player and person, but Texas wasn’t progressive enough to have a Black musician in the orchestra. So Carter started playing at a local jazz club called the Red Creek Inn, working as the de facto bassist for touring musicians passing through town.

“They said I played really good, and they thought that if I got to New York City, I could find work there,” Carter said. He moved to the city after graduating in 1959 and landed a spot playing in a band led by the drummer Chico Hamilton while also pursuing a master’s at the Manhattan School of Music. In 1961, he earned the advanced degree and released his debut album, “Where?,” which featured two other stalwarts — the alto saxophonist Eric Dolphy and the pianist Mal Waldron.

“I wanted to paint a picture of what I could do,” Carter said of his first LP. Aside from Charles Mingus and Oscar Pettiford, bassists weren’t seen as bandleaders; being able to carry out his own vision was a rebellious act. “By and large, bass players were not getting the attention for those details that everyone else was getting,” he said. “I thought, ‘This is my chance to do what I think is my point of view.’ I took advantage of that.” Concurrently, his star rose in the New York scene; by 1963, he was perhaps the hottest young talent in the city. The coolest jazz purveyor in the area, and likely the world, soon came calling.

Carter was working as a freelance musician with folk and blues singers, and was playing a club gig with the trumpeter Art Farmer, when Miles Davis asked him to play bass in the new quartet he was forming. Davis’s band was headed to California for a six-week tour, which meant Carter would have to quit Farmer’s group. Other musicians would have been likely to leave to play with the star trumpeter, but Carter — out of respect for Farmer — didn’t budge so easily.

“I said, ‘Mr. Davis, I have a job already for the next two weeks with Mr. Farmer,” Carter recalled. “If you will ask him to let me out of my gig, yes. If not, I’ll see you when it’s over.” Farmer let the young bassist tour with Davis. “Because I gave him the respect that he was due,” he continued. “I think it showed Miles that I was a man of my word, that I was an honorable person.”

In Davis’s home and on the road, Hancock was taken by Carter’s tone and intuition. “He had the mind of someone that continued to explore and try new things,” he said. “His playing was clean and clear and definitive, and he was always right in the pocket at just the right place. He knew which way to go, to make it not just an exciting listening and playing experience but one that opened doors to new possibilities.”

The group lasted five years, disbanding in 1968 when Davis sought an electric sound that merged rock, funk and ambient on albums like “In a Silent Way,” “Bitches Brew” and “On the Corner.” But you don’t get those records without the Second Great Quintet, and artists like Carter, Hancock, the tenor saxophonist Wayne Shorter and the drummer Tony Williams pushing Davis’s music to uncomfortable places. “Every night was a chance to play some wonderful music with some lovely people,” Carter said. “I still look back in awe at what we were doing, not understanding what it was, but it worked for us night in and night out.”

Carter kept evolving, even as the popularity of jazz gave way to funk as the dominant genre in Black music. He taught jazz at the City College of New York, worked as a sideman at the record labels Blue Note and CTI, and has credits with everyone from Roberta Flack and Gil Scott-Heron to Lena Horne and Archie Shepp. Carter also embraced hip-hop later in his career, and played on A Tribe Called Quest’s sophomore album “The Low End Theory.” (He hadn’t heard of the group, but one of his sons advised him to do the session.) The “surprise of the music” has kept him going, he said.

The bassist Stanley Clarke met Carter as a teenager in 1970 and was enamored with Carter’s consistency on the instrument. “He’s kind of like the center of a concentric circle,” Clarke said in a phone interview. “He pretty much controls every band he’s in. On every record I’ve ever heard him play, the first thing you go to is the bass.”

Carter, he said, is the culmination of the great bassists before him — Mingus, Pettiford and Paul Chambers — who all pulled magnificent tones from the instrument, paving the way for someone like Carter to synthesize it into something more melodic and wistful. “It’s all directed and converged in this person,” Clarke said. “There isn’t a bass player that’s out here today that has any sense that is aware of the bass, that’s not influenced by Ron Carter.”

While he’s willing to discuss the past, Carter can’t help but focus on the future: his upcoming concerts and making sure he’s always improving.

“Can I find a better order of notes that I didn’t find last week?” he asked.

His dedication to his bandmates is always top of mind. “Can I be responsible for the standard I’m setting for them?” he continued. “Can I make them see how responsible I am to the music that I’m presenting to them?”

“I’m going to make sure that I let them know that I appreciate their love, their care,” he added reflectively, looking toward a window. “I’m still getting better at doing what I do right now.”

“For the Love of Ron,” an 85th birthday celebration with Ron Carter and Friends, is at 8 p.m. on Tuesday at the Perelman Stage of Carnegie Hall’s Stern Auditorium; carnegiehall.org.