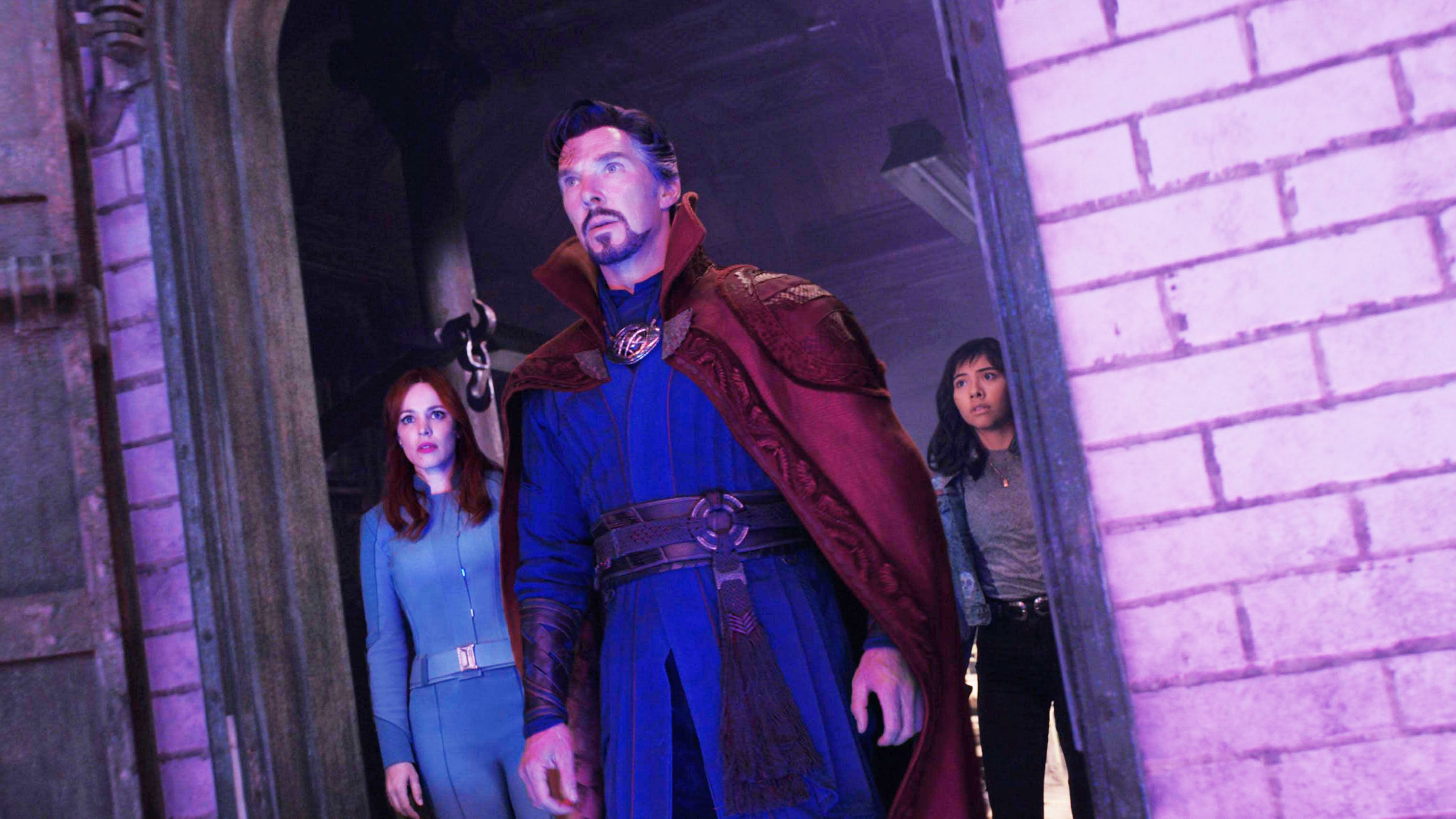 
Doctor Strange and his questionably effective book of spells has summoned a blockbuster $185 million at North American movie theaters over the weekend, reaffirming the box office dominance of Disney’s Marvel Cinematic Universe after a shakier, pandemic-battered year for the franchise.

The timeline-bending Doctor Strange in the Multiverse of Madness represents a return to form for Disney’s MCU after COVID-era releases Black Widow ($80 million debut, plus $60 million on Disney Plus), Shang-Chi and the Legend of the Ten Rings ($75 million debut) and Eternals ($71 million debut). Due to the pandemic and other extenuating circumstances, those installments failed to live up to their franchise predecessors in terms of ticket sales.

Overseas, the film earned $265 million from 49 territories, taking the global total to $450 million. Since Doctor Strange 2 is not likely to play in China, Russia or Ukraine, the film will rely on repeat viewings from audiences around the globe to push ticket sales past the coveted $1 billion mark. Only Spider-Man: No Way Home has been able to cross that threshold since Covid took hold.

At the domestic box office, Doctor Strange follow-up outgrossed its predecessor’s entire opening weekend tally in a single day. Doctor Strange 2 raked in $90 million on Friday alone, while the 2016 adventure Doctor Strange brought in $85 million between Friday and Sunday.

Marvel and other major franchise films tend to be front-loaded in terms of ticket sales because fans want to be among the first to see the movie – lest spoilers appear online and ruin the fun. Still, the sequel will quickly blow past the final box office tally of the original Doctor Strange, which ended its theatrical run with $232 million domestically and $677 million globally.

Doctor Strange 2 is benefitting as the follow-up film to Sony’s box office behemoth Spider-Man: No Way Home, which became a must-see movie event and grossed $1.89 billion worldwide. With Peter Parker’s tantalizing adventures as a precursor, plus Disney’s marketing machine heavily teasing some big surprise cameos, Doctor Strange landed in rarified air – even for a Marvel movie.

Imax, 3D and other premium format screens also contributed to higher grosses for Doctor Strange 2, which cost $200 million to produce, not including hefty marketing fees. According to Disney, 36% of overall box office ticket sales came from premium formats. With $33 million from Imax alone, Doctor Strange ranks among the company’s top 10 global opening weekends.

“This is another sensational Marvel opening, by Marvel’s own dominant standard,” says David A Gross, who runs the movie consulting firm Franchise Entertainment Research. “Doctor Strange is growing its audience with a stronger follow-up release.”

Sam Raimi, the mastermind behind the original Spider-Man trilogy, directed Doctor Strange in the Multiverse of Madness. The film picks up as the eponymous neurosurgeon-turned-Avenger, played by Benedict Cumberbatch, casts a dangerous spell that forces him to travel into the multiverse to face a mysterious new adversary and alternate versions of himself. Along with Cumberbatch, the cast includes Chiwetel Ejiofor as Karl Mordo, Elizabeth Olsen as Wanda Maximoff aka Scarlet Witch, Benedict Wong as Wong and Xochitl Gomez as America Chavez, a teen who can travel between dimensions.

Doctor Strange 2 kicks off the summer blockbuster season with a bang. In the coming months, Top Gun: Maverick (May 27), Jurassic World Dominion (June 10) and Thor: Love and Thunder (July 8) should keep theaters bustling with foot traffic. With The Multiverse of Madness looming large in theaters (and taking up nearly every single screen in major circuits), several holdover titles rounded out box office charts.

After two weeks at the No 1 spot, Universal’s animated heist comedy The Bad Guys dropped to second place with $9.7 million from 3,839 venues. Those returns bring the movie’s domestic tally to $57 million.

Paramount’s family-friendly Sonic the Hedgehog 2 took third place with $6.2 million from 3,358 North American theaters. After five weeks on the big screen, the Sonic follow-up has grossed $169.9 million at the domestic box office. It’s one of the rare pandemic-era sequels to earn more than its predecessor in theaters. Sonic’s first silver screen adventure took in $148 million in North America before Covid-19 forced multiplexes to close in March of 2020.

Fantastic Beasts: The Secrets of Dumbledore dropped to the No 4 spot with $3.8 million from 3,051 screens. The latest chapter in the Harry Potter prequel series ranks as the lowest-grossing of the larger Wizarding World film franchise. The Secrets of Dumbledore has generated $86 million to date and may struggle to cross $100 million domestically, a benchmark that prior Harry Potter-adjacent movies passed in a matter of days.

At the specialty box office, IFC Films opened Audrey Diwan’s abortion drama Happening to theaters in New York City and Los Angeles, bringing in $34,000 from four venues. That translates to $8,500 per location. Happening, which unfolds in 1963 France, arrives on the big screen at a politically charged moment, with the Supreme Court seemingly about to overturn Roe v Wade. IFC plans to bring the film to more than 100 cities nationwide next week.

“IFC Films is committed to bringing ‘Happening’ to screens across America at this pivotal moment in time,” said Arianna Bocco, president of IFC Films. “We hope audiences seek this film out and that it sparks important conversations about our future. We are proud to continue our long tradition of sharing important, female-driven stories with audiences nationwide.”