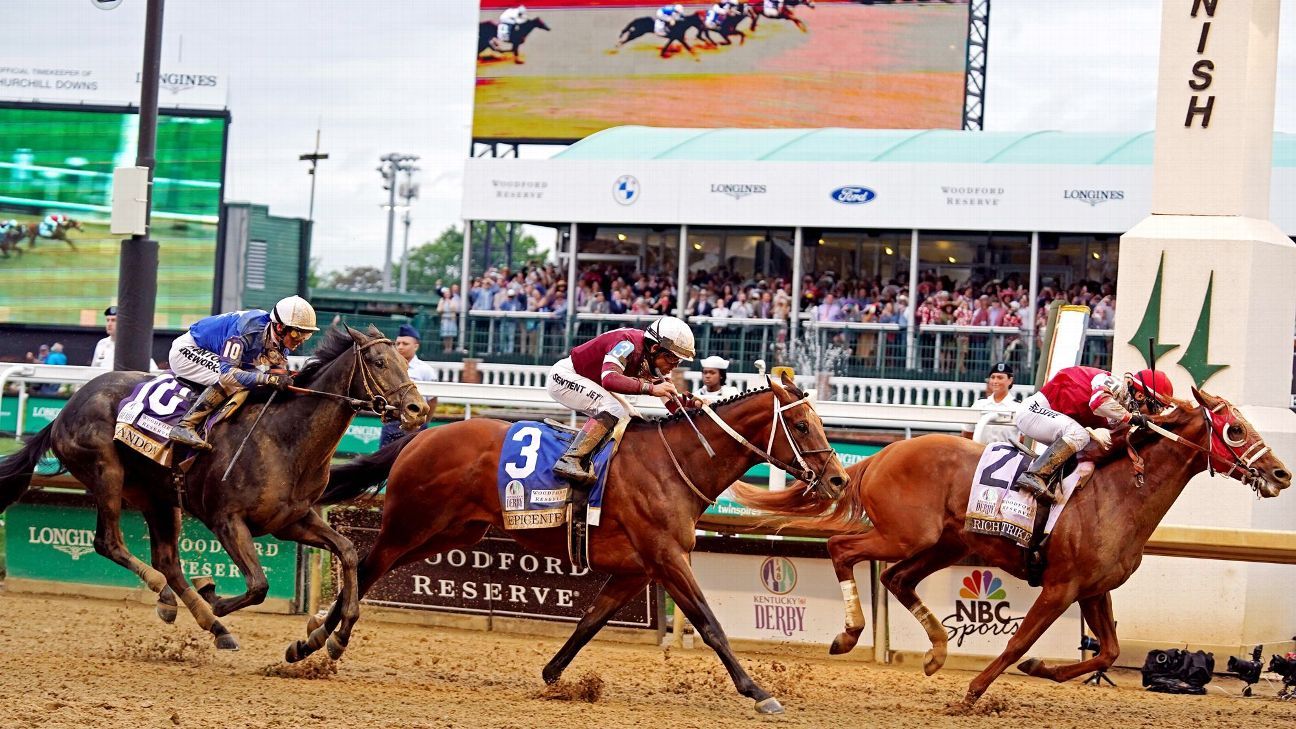 The most-heavily-bet Kentucky Derby ever was won by the biggest long shot in the field.

A record $179.0 million was bet in the pari-mutuel pool on Saturday’s Kentucky Derby, a 17% increase over last year and 8% greater than the previous record set in 2019, according to the Churchill Downs. Only $501,135 of the total amount wagered on the win pool was on Rich Strike, the lowest of any horse in the field, according to figures released by the track.

Rich Strike, who went off at 80-1, sprinted past favorites Epicenter and Zandon in the final moments to pull off the second-largest upset in the race’s 148-year history Saturday at Churchill Downs.

Rich Strike was an even bigger long shot in Nevada, where sportsbooks had offered odds on the Kentucky Derby winner since early in the year. Rich Strike could be found as long as 300-1 in March and at 200-1 on Saturday at Las Vegas sportsbook Circa. The long odds attracted a flurry of late bets on Rich Strike, turning what was a big win for most Nevada bookmakers into a small loser for Circa.

“People love the longest shots on the board, so we took a lot of little bets [on Rich Strike], $25, $50, here and there,” Paul Zilm, a risk supervisor who oversees Circa’s horse racing offerings, told ESPN. “It turned it into a small loss for us.”

Rich Strike wasn’t even in the Derby field until Friday after a late scratch. Circa re-added the colt to its post-draw pool on Friday morning. Zilm estimated that he took 75-100 bets on Rich Strike, many placed in the last 15 minutes prior to the race in 125-1 to 150-1 range, nearly double what the track odds were.

“That added up quickly, but if I did it all over again, I probably wouldn’t change much,” Zilm said. “Long-shot bettors got their wish.”

Jim “Mattress Mack” McIngvale, the Houston furniture store owner known to make big bets, wasn’t as lucky. McIngvale told the Las Vegas Review-Journal that he lost $2.6 million betting on the Derby, $1.5 million of it on a straight bet on favorite Epicenter to win. McIngvale used his big bets on the Derby to mitigate a promotion at his furniture store, Gallery Furniture, that offered to refund purchases of at least $3,000 if the favorite won the Kentucky Derby.

While Circa Sports came up on the short end, other Las Vegas sportsbooks did well on Rich Strike’s upset. The SuperBook at Westgate Las Vegas said it took “maybe 10” bets on Rich Strike to the win the Derby in its futures pool.