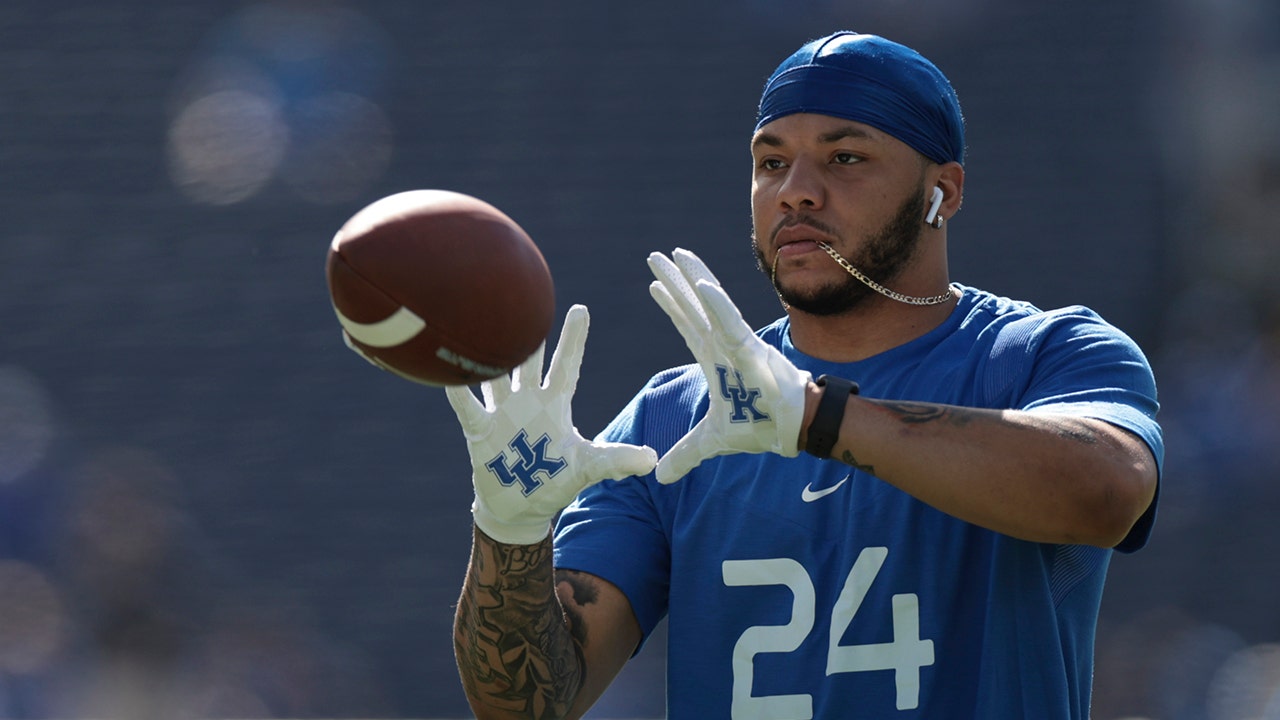 A Kentucky football player has been charged with drunken driving, university police said.

Running back Chris Rodriguez Jr., 24, was arrested Sunday and charged with operating a motor vehicle under the influence of alcohol, careless driving and driving without tail lamps, news outlets reported, citing a police citation.

Chris Rodriguez Jr. #24 of the Kentucky Wildcats warms up prior to the game against the Iowa Hawkeyes in the Citrus Bowl at Camping World Stadium on January 01, 2022 in Orlando, Florida.
(Douglas P. DeFelice/Getty Images)

A University of Kentucky Police officer pulled over a black Dodge Durango that was “not maintaining its designated operating lane” and did not have its taillights activated, the arrest citation filed with Fayette District Court said.

Rodriguez had slurred speech and there was “an odor of alcoholic beverages coming from within the vehicle,” the officer wrote. He was taken to the Fayette County jail.

The senior was the team’s leading rusher and finished with 1,238 yards and eight rushing touchdowns in 11 games last year.

“We are aware of the incident and we will continue to monitor the situation as it develops,” UK Athletics spokesperson Susan Lax told the Lexington Herald-Leader.