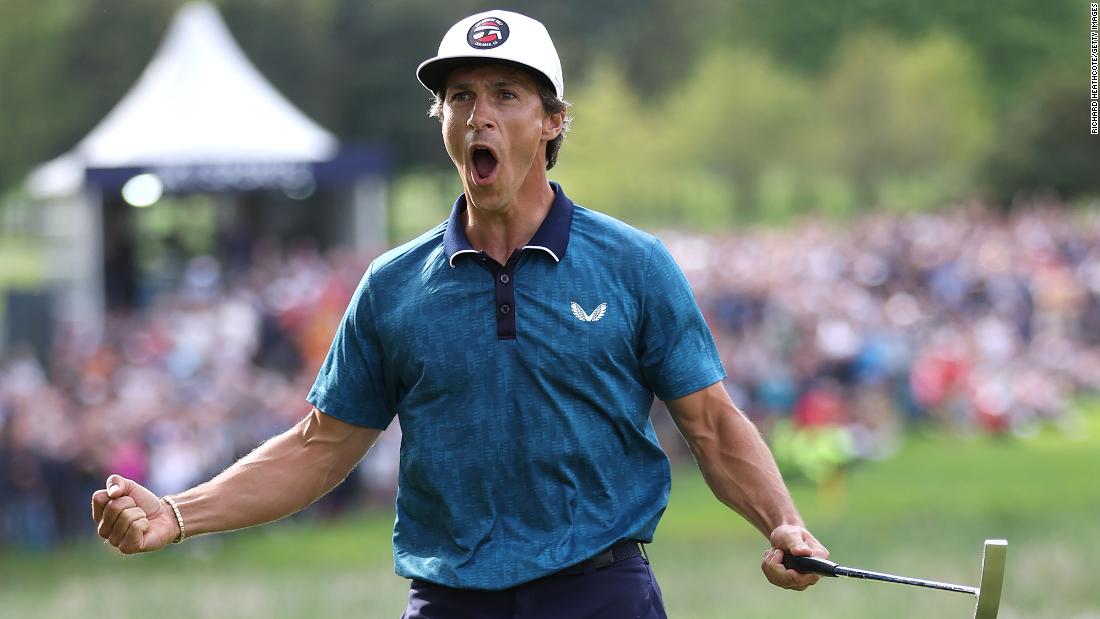 Having not won since the Italian Open in 2018, the 32-year-old looked set to end his wait for a sixth Tour victory at The Belfry before suffering a dramatic slump on the last round.

Yet just as Sweden’s Sebastian Soderberg looked set to triumph after a stunning final day rise, Olesen sunk a 30-foot eagle and a 36-foot birdie to snatch victory from the jaws of collapse.

Olesen had led from the front after carding a 6-under 66 on Thursday’s opening round, with Australia’s Ryan Fox joining him at the summit.

A 2-under on Friday left the 2018 Ryder Cup winner a shot off German leader Hurly Long heading into day three, when a strong 3-under round gave Olesen a three-shot lead over Long and England’s Marcus Armitage heading into the last day.

However, a disastrous start to the final round saw Olesen open with a bogey, with a birdie on the third providing a brief respite before four more bogeys ahead of the 16th hole.

“It was a pretty tough day, a lot of shots to the left — I was really struggling,” Olesen said.

Meanwhile, Soderberg was enjoying a stellar round that rocketed him up the leaderboard and into contention. After entering Sunday six shots behind Olesen, the Swede carded a final-round best 68 to set the clubhouse target at nine-under.

Having bettered par only once through the first 16, Olesen now required two straight birdies just to force a play-off.

Given that the Dane had carded eagle-birdie to close on Saturday, perhaps a repeat shouldn’t have seemed so miraculous, but after bogeying two of the previous three holes, it looked impossible.

And yet, Olesen repeated the feat to clinch a dramatic win, turning to celebrate with a packed crowd at the finish.

Olesen’s victory comes six months after he was cleared of charges, including sexual assault, on a flight to London in 2019, according to Reuters.

The win sees him rise 69 places to 9th in the DP World Tour rankings and join the likes of golf icons Seve Ballesteros and Nick Faldo in winning the British Masters.

“It’s obviously a massive tournament, it’s always been,” Olesen said. “So many great champions here so it’s a privilege to get your name there.

“It’s always a great support you get in Britain. The crowd’s been amazing from the first day and onwards … so much support so I’m really happy with that, it means a lot.”