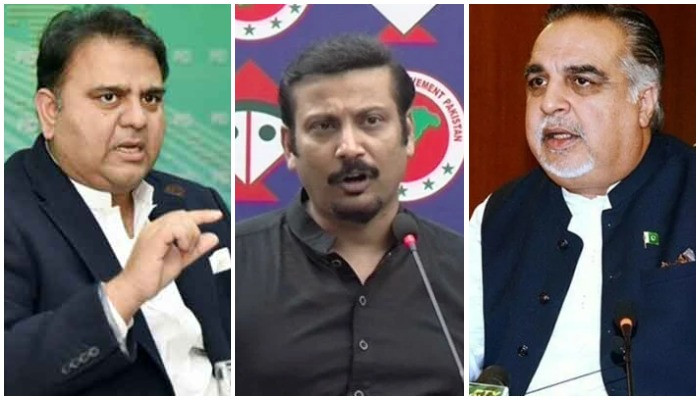 KARACHI: After the coalition government made its long-awaited pick for the Sindh governor, the PTI criticised the selection of MQM-P’s nominee for the slot, Nasreen Jalil and it lead to a war of words between the two parties on social media.

Prime Minister Shehbaz Sharif on Sunday sent the summary to appoint Jalil as the Sindh governor to President Arif Alvi. Her appointment to the slot would make her the third female governor in the history of Pakistan.

The criticism over picking her was initiated by a tweet from former federal minister Fawad Chaudhry, saying that the “crime minister” has proposed the name of Nasreen Jalil as Sindh governor.

Fawad claimed that Jalil had written to the Indian high commissioner on June 18, 2015, for “help” against Pakistan’s law enforcement agencies.

“It is unfortunate that the mess once cleared by security agencies from Karachi is coming back.”

The PTI leader also attached a copy of the letter in his tweet.

He also attached the same letter and wrote: “It seems like in order to be a part of the government, one must either be on bail or be an expert in vicious attacks on security agencies.”

MQM-P’s senior leader and Federal Minister for Maritime Affairs Senator Faisal Subzwari snapped back at the criticism, claiming that the letter was sent to all embassies, the then prime minister, president, army chief and the chief justice of Pakistan.

“Does this [letter] prove one as an ‘Indian agent’?” he asked.

He, however, admitted that it was a mistake not to exclude the name of Indian diplomat from the list of recipients.

Retweeting Ismail’s tweet, Sabzwari claimed that the letter had surfaced in 2015 and its contents were public, asking if the former prime minister Imran Khan and his associates came to know about this matter only after being removed from power.

He also censured Imran Khan for “torching electricity bills and calling for civil disobedience” in the past.