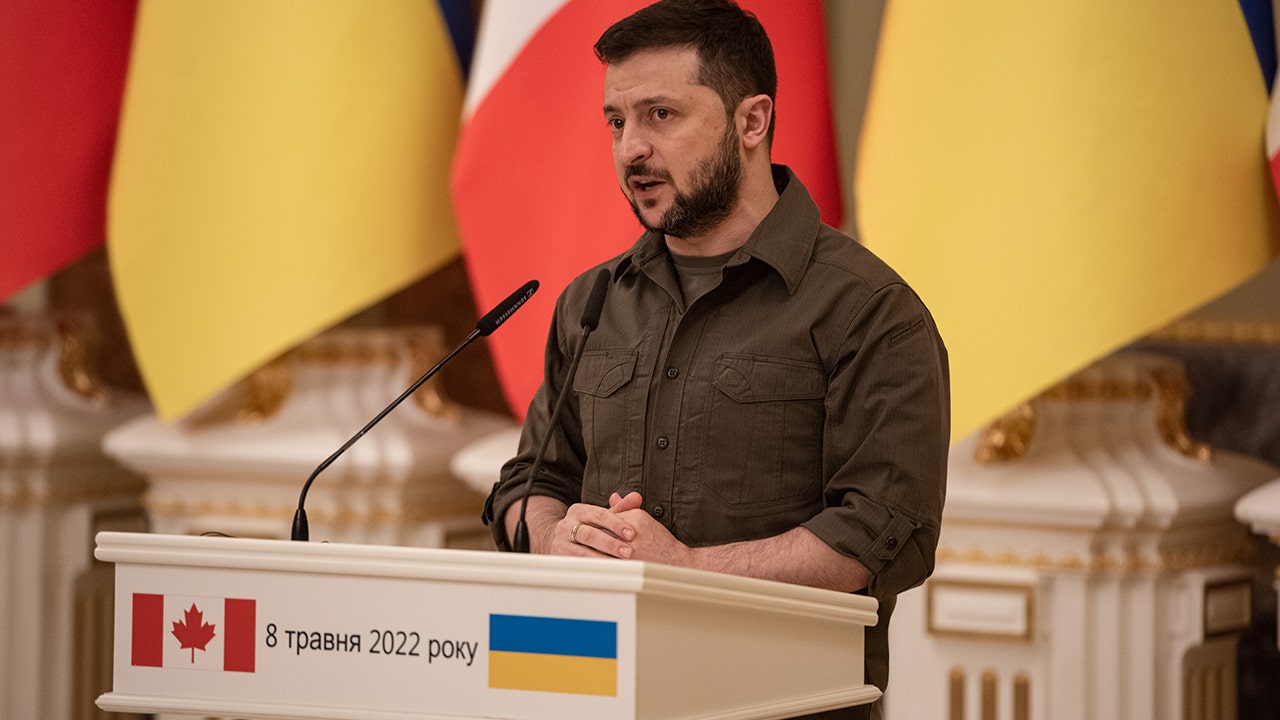 Ukrainian President Volodymyr Zelenskyy commemorated the 77th anniversary of Victory in Europe Day with a speech Monday, in which he compared the forces of Nazi Germany to the Russians invading his country now.

While expressing the day’s significance, Zelenskyy recognized the day was somewhat overshadowed by Ukraine‘s current war with Russia. He also drew several parallels between Germany in the 1940s and Russia today.

“On the Day of Victory over Nazism, we are fighting for a new victory,” Zelenskyy said. “The road to it is difficult, but we have no doubt that we will win.”

The Ukrainian leader also described the current war as not of “two armies” but “two worldviews.”

Russian forces are “barbarians who… believe that their missiles can destroy our philosophy,” he said. “It annoys them. It is unfamiliar to them. It scares them. Its essence is that we are free people who have their own path.”

In his remarks, Zelenskyy made parallels between the Nazi soldiers who once inhabited Ukrainian lands with the Russian military’s current occupation.

Like in May 1945, today’s invaders of Ukraine will fail because “there is no invader who can rule over our free people,” Zelenskyy said.

“There are no shackles that can bind our free spirit. There is no occupier who can take root in our free land. There is no invader who can rule over our free people. Sooner or later we win,” he emphasized.

Russian President Vladimir Putin watches an air parade on Victory Day, which marks the anniversary of the victory over Nazi Germany in World War Two, amid the outbreak of the coronavirus disease (COVID-19) in central Moscow, Russia May 9, 2020.
(Sputnik/Alexei Druzhinin/Kremlin via REUTERS  )

Despite a war that has killed thousands of Ukrainians and displaced millions more, Zelenskyy said Kyiv would “very soon” celebrate a second Victory Day.

“We always fight for ourselves. For our freedom. For our independence. So that the victory of our ancestors was not in vain. They fought for freedom for us and won. We are fighting for freedom for our children, and therefore we will win,” he said.

“Very soon there will be two Victory Days in Ukraine,” Zelenskyy added. “We won then. We will win now, too!”