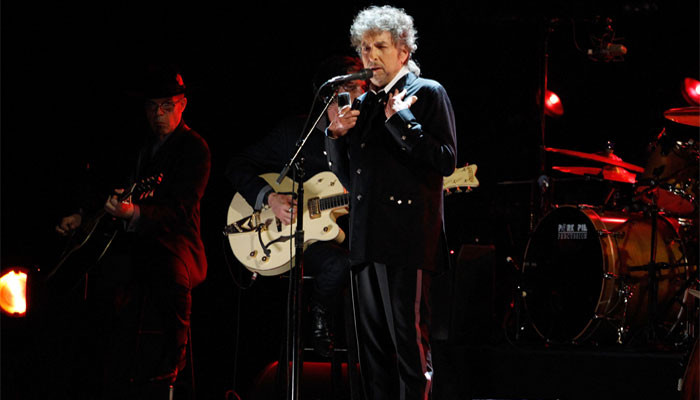 Bob Dylan´s first permanent artwork has been installed on the grounds of a wine estate in southern France.

“Rail Car” is a large wagon with walls made from iron wheels, cycle parts, wrenches and other tools, now sitting among the vines of the swanky Chateau La Coste in Provence.

It is part of the chateau´s renowned “Art and Architecture” walking tour that also includes sculptures and installations by the likes of Tracey Emin, Frank Gehry, Richard Rogers — and another musician, Michael Stipe of REM.

Dylan is also showing 24 paintings under the heading “Drawn Blank” at the chateau´s art centre alongside works by Claude Monet, Henri Matisse and Marc Chagall that are said to have been an inspiration.

The 80-year-old has sold more than 125 million albums over his six-decade career and won the Nobel Prize for Literature in 2016.

He has published multiple books of his drawings and paintings, and exhibited his work at several major galleries around the world. (AFP)